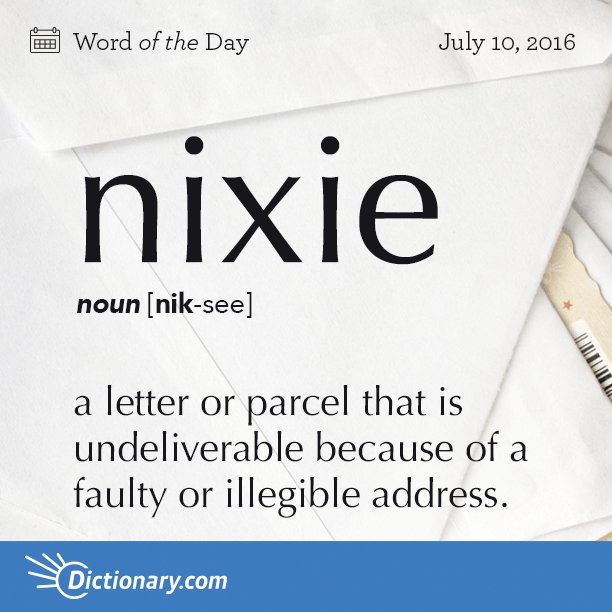 How can someone send a package with an illegible address? How did it even end up in her branch of the United Pixie Parcel Service (UPPS)? Didn’t the sender read over what he’d written? And she was certain it was a he. Those bold loops and swirls could only come from a man’s hand. A woman’s handwriting would have been readable and included a return address.

She blew out a breath that fluttered her fringe. What could she do with this nixie other than curse it? Maybe it held edible treasures in there that would make up for her frustration. She put her button nose to a corner and started sniffing. All her sniffer got was paper and an itch that made her sneeze. Okay so whatever the package contained, it didn’t have a pungent odor.

Next, she shook it and kept shaking it as the contents sloshed. Was there liquid inside? She felt the contents rock back and forth in time with her shaking. Maybe it was a bottle of wine. If it was a good vintage, it might make up for all the trouble this package had cause her.

Shrugging, she tore at the brown paper. In the back of her mind, a voice named conscience piped up. It argued some rot about her actions being illegal, but she ignored it. A fairy queen, or anyone of real power, hadn’t sent this parcel. Had such a worthy mailed this, it would have had a legible address and included the proper postage. Unlike the package, she was fast shredding.

Under the paper, she found a plain box and dug a fingernail stiletto into it slicing down its shortest side. Water spilled out in a flood that saturated her ballet slippers, ruining the silk. But her fingers closed around not one but two bottles. Withdrawing the first, she peered through the glass. She blinked at a miniature village. Someone had put a town inside a bottle. Setting it aside, she withdrew the second bottle, and a girl regarded her from its belly.

A note fluttered to the floor, but a pinch of fairy dust made it flap like a bird. It flew to her hand instead of drowning in the puddle around her feet.

To whom this may concern,

You’re now the proud owner of a small town in Maine. You’re their god now so treat them well and do introduce yourself. The inhabitants will need to know who to beseech for things. Dole out your miracles sparingly though, otherwise the population will become lazy and indolent.

Oh, you also own a messenger in a bottle. Treat her well and have a good day.

— The former god of Maine

26 thoughts on “The Pixie’s Nixie”