Today is the big day! Rogue Spells publishes today. So of course, we have another preview for you.

Before we get to that, thank you for the well wishes. The Scribe is feeling better, and we’re keeping her busy writing, so that’s helping too.

His Angelic Keeper Tempted is back to 83,000 words after the Scribe moved 10,000 words (about four chapters) to Curse Breaker Trapped so we have more room to spread out and make our attempts to help my aunt that much more awesome with all the banter and magic you love.

But you’ll get previews of that mayhem in His Angelic Keeper Tempted from my aunt’s perspective, then the full details in our book, so we don’t bog down the plot in her book since all that action happens near the end. But in Curse Breaker Trapped, it’s at the beginning, so we can go nuts with it.

In other news, we’re running a sale today to celebrate the launch of Rogue Spells.

Many of our books are on sale for 99 cents this week including:

His Angelic Keeper is free this week as well.

And now, back to our special presentation of:

“Wait. Let me look up what those words mean. They might be a clue. Spell them for me,” Kat cut in.

Robin flipped back to them and spelled the words as they appeared on the page. “Well, do they help at all to unravel this mystery?”

“Yeah, I think they might. Listen to this. Entropy is disorder, things breaking apart. Negentropy is sort of the opposite, so it’s when things become more ordered. And syntropy is when things come together and get ordered in complex enough ways to create life, the stars and the planets, etc.”

“It sounds like you found a physics book.” Strella tapped her fingers on the steering wheel when Kat finished speaking. “What else is in there?”

Robin flipped through a few more pages and skimmed the text for clues. “The rest is all jumbled. I can’t make sense of it, but there’s something about a dragon and a metal lady. What do you make of that?” Robin asked as the page shivered under her finger as she touched the text.

The letters shook themselves out and fell apart, spilling disconnected lines down the page where they clumped together into a person. The drawing grew more and more detailed as it rose and faced her.

“What in the world—” Robin trailed off as a loud boom sounded nearby.

“How’s it doing that?” Rosalie grabbed the book and lifted it to look under it, but there was just the same pale gray upholstery that was everywhere inside the truck’s cab.

“Put that book down. I don’t think you should touch it.” Robin reached for it when her daughter didn’t comply and took the book from her. The drawing had reformed into a picture of her in armor, holding a sword. Robin stared at it as she dropped the book. The image broke apart into lines again. The book landed on its back and gravity forced it to close like a clam, hiding its disturbing imagery.

Rosalie grabbed her arm. “Mommy, how could the picture have your face?”

“I don’t know.” But that wasn’t entirely true. A thought niggled at the back of Robin’s mind. It was something she’d said to Sovvan, but she couldn’t recall what. That whole conversation was a little fuzzy now that she thought about it.

A white line appeared in her peripheral vision, and Robin stared out the window at a beam shooting up from a brick building on a hill. It was partially screened by trees, but there had to be a road leading up to it. Did that beam keep going into space? Clouds revolved around it. Was that beam syntropic? If so, what was it creating? Or was it the opposite? Robin shuddered at the thought of everything in her world breaking apart. That sounded like something she ought to avoid.

“Did you figure out what the boom was?” Strella asked.

“Yeah, and you’re not going to believe it.” Robin scanned the opposite side of the road for an intersection and spotted something that might be one over a small rise. A second beam shot out of the building, confirming her guess.

“Drive, Mommy!” Rosalie kicked the back of her seat as that beam headed straight for them.

“I see it.” Robin slid back into her seat and buckled herself in before throwing the truck into drive.

“Did you find where that giant book went?” Kat shouted over the phone as Robin threw the truck into drive and shot forward. The beam struck a squat building and blew a large hole in it.

“Maybe.” And there was a road leading right to it unless she was wrong. Robin didn’t think she was. “Don’t touch that thing. Rosalie? Are you listening to me? Don’t touch the book I left back there.” Robin checked for oncoming traffic.

“I heard you. Drive!” Rosalie pointed with her scepter at a series of brick buildings that peeked out of the trees along a steep hill as a third beam shot toward their truck.

Robin swerved out of its way. “Now, you want to find it? What changed your mind?”

“It wasn’t interesting before. Now, it is. Go Mommy. There aren’t any cars coming. I looked.”

“Hey, some directions would be nice,” Strella said. “Otherwise, your backup will be late to the party.”

“Remember that barbeque place? Head there and take the next left. Tell me when you get there. I should have more precise directions by then.” Robin spun the wheel and cut back into the lane. She floored it to the next intersection and took that left turn hard. Thankfully, the street was wide, and there was a grassy shoulder between her and the restaurant. But she’d needed every foot to make that sharp turn.

“Take the next left, Mommy, and slow down, please. You’re going too fast.” Rosalie held on to her tiara as Robin took that next turn only marginally slower.

She braked hard to avoid a collision with an SUV exiting a driveway. “It’s three lefts as near as I can tell, one after the other.”

“Got it. We’ll be there in ten. Less if Strella keeps driving like a maniac.”

“Okay, I’m ending this call. See you when you get here.” Robin cut the connection and put the truck in park right there on the side of the road. Or was it a driveway? It might be both since it led into a garden apartment complex.

Find out what happens next, get your copy of Rogue Spells now!. 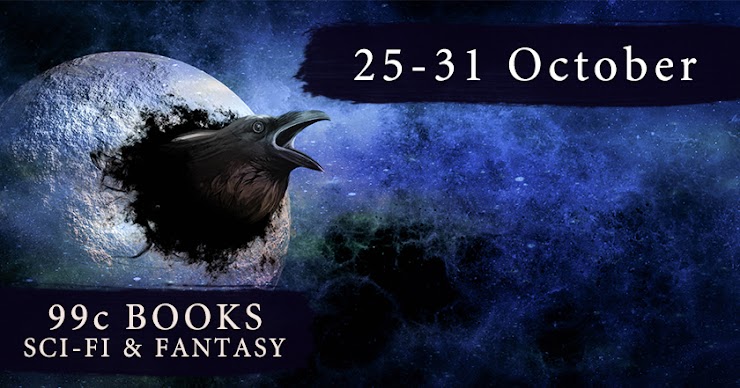 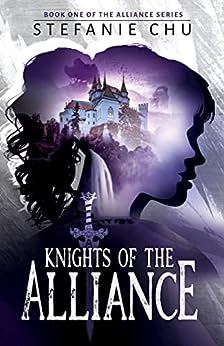