(picks up where Brothers and Borders left off)

It was Christmas morning; nothing seemed right.
Inari had looked forward to giving
Sarn, and his young son, a Christmas oft dreamed
but seldom achieved; now Christmas morning
had come and they’re missing their first Christmas.
She missed Ran underfoot, his questions, smiles
and the way he followed her about–alas,
he’d made the holiday prep worthwhile.
She sighed and thumbed through the story she’d picked
just for him, a Christmas story with wise
men, angels, a manger and a babe picked
to save all mankind when he later dies.
The Blessed Mother regarded her from
the page, promising many joys to come. 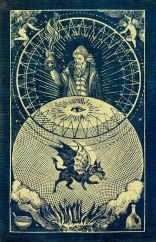 Inari pulled out her tarot deck and drew
the magician card, stared at it in shock.
She didn’t feel the pow’r to create a new
life cycle, but the cards don’t lie; some block
must be lifting then so that power can flow.
She laid the card beside the open book.
A situation would come to allow
her to manifest her desires; she looked
at the Blessed Mother, whose painted eyes
confirmed what the card read, leaving wonder.
Desires were hard to identify,
save one, that she’d watch Christmas’ wonder
light Ran’s young face in a Christmas reprise
while Christmas tree-lit, he opened his prizes. 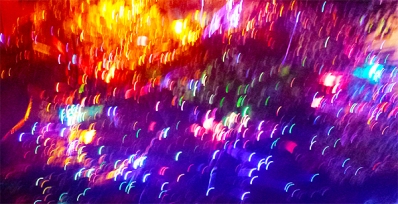 Ran dreamed of light falling in blinding sheets,
shields that kept him safe, magic that connects
him to his Papa and buttery treats.
The scent of bread woke him; Papa still protects
him with a hazy sphere that power joins.
A camp spread around him, men with camels, tents
to ward off the desert sun’s burning coin.
Papa, lay, a sick pillow, tormented
but by what? “Who’re you?” Ran asked the man
who passed a chill compress for Papa’s brow.
“We three kings follow that star,” said the man,
pointing to a star whose tail, the sun bowed.
“Try not to worry; night brings a good deal
of relief; years will tell, time turns health’s wheel.”

Papa shook, murmured things that made no sense;
Ran held tight, sweating from the heat rolling
off his fevered Papa; wise men dispensed
tonics to help but the convulsion thing
scared Ran; was his Papa’s part in this tale
ending like Santa’s had? Would he too fade
away? Ran buried his face in his tall
Papa’s chest, received a hug that forbade
thoughts of fading with its comforting strength.
“Don’t cry, I’ll be okay,” he said, holding
Ran tight, making him believe it at length.
He seemed lucid; his fever was breaking.
The wise men were right; Ran relaxed, glanced out
to see the bright star they followed about. 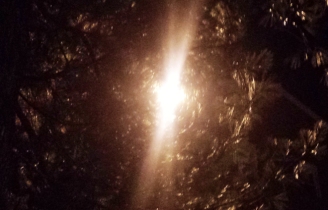 Said the night wind to people standing there,
do you know what glows, people, way up high?
A star, a star of change, shining right there.
It’ll bring change where’er it’s light passes by.

Oh star of wonder, star of night, royal
star whose shining eye regards our abode.
On that silent night, when long knives, their toil
cease; their owners sleep; their rage, peace erodes.

Like a dove, peace descends in radiant
light on that silent night when all is calm,
all is bright, to alight on aspirants
who struggle for peace ’till it’s in their palms.

For them that star shines, torches dark places
in the hearts as it passes, leaving grace.

May peace find you wherever you’re reading this.

Read the rest of the Christmas/Epiphany Sequence here.

Inspired by the holiday season,  The Sunday Whirl wordle #230 and Christmas carols!

and Mindlovemiser’s Menagerie’s Writing Prompt 139: The Magician; I borrowed the magician card image from their prompt. The rest of the images are mine.

(and there are circles.)

18 thoughts on “Magicians and Magi”