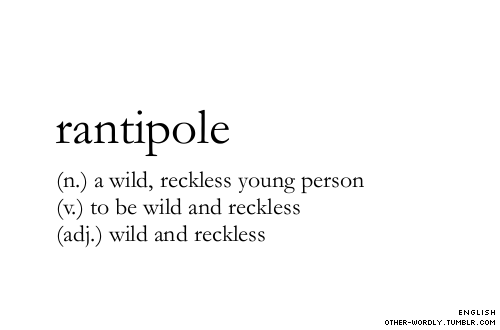 A warning light strobed, blinding him in his cryogenic coffin. He had to get up. Pushing against the viscous cold of the fluids pumping into the tank, he thrashed. But his limbs were half human flesh and half cybernetic. The wired half didn’t even twitch despite the frantic messages his brain sent. Something or someone had turned the cryo-process back on.

Able,  he thought at his AI, but his digital half didn’t reply. Able–answer me. What triggered the proximity warning? And why haven’t you shut down the cryo-bed’s CPU?

He blinked bleary eyes until the incoming smudge resolved into a needle. Not again, hadn’t he just defeated the cryo-bed’s last attempt at putting him under?

Able, shut down the cryo-bed now! He tried to shift but the chemicals that made cryogenic stasis possible had already begun to gel. More of that nasty cold stuff flooded into the tank concreting him into place as it froze. Straining, he lifted one arm out of that foul blue soup and pawed with numb fingers at the raised squares on the rim. One of them had to be a button.

“Danger, an unknown craft has entered this ship’s safe space.”

What the f*ck did that mean? What ‘safe space’? Who had programmed this ship and why hadn’t that tool used standard jargon? He jabbed at random spots seeking an off or drain switch as the warning tried to penetrate his fogged mind. More of those chemicals had sneaked into his system before his AI had removed the first needle. And they were dulling his mind.

Not that he’d been a genius before that application of sleep-juice. Space ships needed techies as much as they needed scientists. And that’s what he was, a first rate technologist who couldn’t lift his ass out of a vat of fast-freezing goo. There had better not be a live feed streaming this fiasco down to mission control. If there were, he’d never live it down. Someone would pay for this.

The warning light’s intermittent flashing caught his attention. It looked like a firefly and was it buzzing? His thoughts started spiraling back down toward incoherence. He’d lost track of that needle during the off switch-seeking portion of his plan, and it had stuck his numb thigh. Ice crept up his thighs, and he blinked at it. He shouldn’t still be conscious.

Ugly green figures scrolled across his field of view courtesy of his AI counterpart. Able had plugged into the ship’s mainframe, and bitch slapped it into sharing information. But that data had to be wrong. The alien artifact they were chasing wasn’t speeding away anymore. Somehow it had executed a tight turn, and its new trajectory put it on an intercept course.

What the hell was he going to do? He couldn’t just lie here like a frozen entree while aliens set up for some kind of attack run. Why else would they have turned except to attack them? Not that he could outrun them with faulty wings–er–propulsion systems.

He had to get up. He had to…chase the red firefly buzzing near the door. No wait, that wasn’t a bug. It was a warning light. Gah, he had to stay on target. Damn the drugs cooking his brain and making his thoughts soupy and loopy.

“Able, reverse the cryogenic process. Do it now.”

The gel now cradled his head. Ice climbed his chest, marching like an army across his goose-pimpled skin. A mask descended and snaked into place before it thrust itself forward. Covering his nose and mouth with the apparatus, he breathed a mix of gasses optimal for staying alive while in a cryo-freeze.

Able’s machine-generated voice ended its silence. “I regret that I cannot turn it off. The process has progressed too far, and I cannot override it. Your life is at risk.”

His consciousness flickered and then blew out, taking this rantipole down into stasis. Dreams sparked in that black well. They formed shifting images of his reckless pursuit of a shipboard placement. Perhaps it would turn out to be his first and last such extrasolar sojourn…

8 thoughts on “Rantipole in Space”