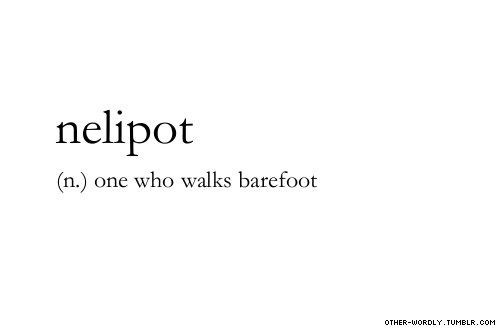 She walked barefoot–nelipot if you want to get pedantic–toward a tree. And not just any tree, but to an old willow weeping into a pond choking on its leaves. Of course, the tree thought its leaves were kissing the pond’s surface, but that was beside the point. She really had to focus, or she’d foul up the ritual.

Holding an antique urn, she trudged, and her mind churned like a blender on high speed. All that thinking didn’t quash her lingering doubts. So when she reached the burial spot, she’d gone way past second thoughts. She’d begun entertaining their distant cousins. Who buried strange urns beside chatty trees at midnight? It just wasn’t done.

Yet here she was doing it. And she had no good reason for it either. Burying this pulverized pugilist in a complex ceremony might net her a magical item. Or it might just get her only sacrificial gown all grubby. Grass stains were going to be a bitch to wash out, and they didn’t make plain white shifts anymore. So she couldn’t just pop over to Harrod’s and purchase a similar frock.

And what if she had to try this piece of witchery again? The outfit made the witch; that’s what her grandmama had always said and she ought to know. Grandmama D’Orsay wrote the book on witches’ fashion.

Oh well, she was out here on this nipple shriveling-ly cold night, so she might as well get it over with. Setting the urn down, she let a backpack fall to the ground and dug out her shovel. That’s when the tree decided to give her a piece of its mind.

“I know, but I have to try. I mean it’s not like anything’ll happen if the ritual fails.”  She pulled out a stylized dagger, and its jewel flashed in her ring’s light. Handy thing that since it doubled as jewelry, though that was about all it was good for. It proved that not all magic items had spectacular powers. Some of them just lit up dark places.

The tree just needed some reassurance. That’s all this was. It was not trying to talk her out of this. It just wanted to be certain that she wasn’t going to flatten it with an errant lightning strike. As if she’d repeat that mistake, that was so last year. She’d improved a lot in that time.

She rammed the shovel into the hard ground, and it bounced off. Well, that was discouraging. How was she supposed to complete the ritual when she couldn’t dig one bleeding hole? The ground wasn’t that frozen. Her bare feet had gone numb but what was a little numbness? She had a real opportunity here.

She stabbed the ground a second time and got the same result. The tree might have snickered, but only the earth witch heard it. She kicked the urn in frustration, spilling its contents. The wind’s greedy hands seized the airborne ash and swirled it away.

“Hey! Those are my ashes. You give them back, you wanker! Hey!”

But the wizard who’d stolen then didn’t answer or return her property.

Picking up her things, she stalked over to the willow tree and slammed her hands against its bark. The tree groaned, leaned over, vomited a monster out of its crown and then slumped down.

“That’s what you get for snickering at me. Oh, don’t be cross with me. You’d have done the same thing. Now, get up and fetch me my ashes. And trounce the wizard who stole them. Turn him into a bloody smear!”

The bark-covered quadruped loped off, chastened by her lecture.

Spinning on her heel, she addressed the pond next. “What are you staring at? You want a piece of this?” She held up a clenched fist.

The pond’s calm surface rippled in fear. Messing with a witch was a dangerous business. One not undertaken by anyone sane but wizards weren’t known for their sanity. Her minion would deliver on her promise of retribution.

20 thoughts on “Nelipot, the Barefoot Witch”