We hope you had a happy Thanksgiving if you celebrated it. Our Scribe had dinner with her parents on Thanksgiving, and they, of course, put her to work climbing ladders to change lightbulbs and do other tasks that involve heights. So our poor Scribe had to work for her dinner. 🙂

Unfortunately, her brother, his wife, and their young son, were exposed to the coronavirus a week ago, and they were still in quarantine on Thanksgiving. Hopefully, they won’t catch it, and the whole family can celebrate Christmas together next month.

The cast spent the day relaxing. I know. That’s not what you expected from us, but we can’t adventure all the time. Sometimes, even we have to hit pause on all the craziness and just take some time for self-care.

I am trying to get the Scribe to do a fun story about that because, as you know, everything we do goes spectacularly wrong rather quickly. And Thanksgiving day was no exception.

I just want to pause here and point out that what happened next was entirely Melinda’s fault. She should never have left her tablet thing lying around. When I opened the cover and peered inside, a draft of His Angelic: Hidden stared back at me.

I know I shouldn’t have looked. But I had to know how much page time I got in that book.

So, I tapped on the nice spyglass icon and typed my name in. The result? It found 73 instances! 🙂

But that seemed a little low, so I typed in ‘nephew’ and ran a search and added those results together because I’m Auntie Sovvan’s nephew.

I know. Some of those instances of ‘Ran’ might be people running away from monsters or toward them. Sometimes Auntie Sovvan runs toward danger instead of away from it.

But a lot of those instances must be about me. Clearly, I have some page time in my aunt’s second book. (His Angelic Keeper: Hidden is still being edited. So we don’t have any news about the release date yet. It’s a long book, so we may not receive the final edits for another week or two.)

Until now, everything was fine. Papa was taking a well-deserved nap after we had a late lunch of turkey and stuffing and greens and berries, and I was smiling at the tablet like we were old friends.

But Uncle Miren chose that moment to come out of his post-meal stupor. “What’s that in your hands?”

The tablet is 5×7 inches tall, so it’s the size of a skinny paperback novel, and Uncle Miren was a voracious reader.

“Nothing important,” I stupidly said as I hugged the tablet to my chest. But I might as well have waved a red flag in front of his face because he shot off the couch and swiped the tablet from me before I could react.

Uncle Miren flipped open the cover and a copy of His Angelic Keeper: Hidden stared back at him. So did the blinking search bar, which I had forgotten to clear. “Why were you searching for the word ‘nephew’ in this book?”

“I wanted to know how many times I was mentioned.” I folded my arms and turned my back on him.

I couldn’t get the tablet back even if I’d tried. Uncle Miren was unfairly tall. But he must have felt bad about taking the tablet because he sat next to me and hugged me. We might fight like brothers, but we loved each other very much.

“Did you search for my name?” Uncle Miren asked.

“Not yet.” I should have said yes and made up some number, but I didn’t because I’m honest and curious.

“Well, let’s see what comes up.” Uncle Miren typed his name into the search bar, and it returned one result. He glared at it. “Just one? Why am I always left out of everything?” Uncle Miren wiped a tear from his eye.

I never should have started this. Now, I’d hurt my only uncle. I had to fix this. “Wait, you’re also Auntie Sovvan’s brother. Search for that word too. She likes to use the words ‘brother’ and ‘bro’ a lot. It must be an angel thing.”

I poked the screen back to life and kicked off the search when Uncle Miren just stared at the screen. “Look! 211 instances!”

“Yeah, but I’ll bet they all refer to him.” Uncle Miren jerked his thumb in Papa’s direction.

He might have a point there since Papa was Auntie Sovvan’s twin brother. There had to be a way to get him more page time. Maybe not in Auntie Sovvan’s book, but maybe in our next book.

I wondered if Melinda had left a draft of Curse Breaker: Hidden open on this device too. She must have because she was working on it before she left for her parent’s house. I didn’t remember her closing out of it, but I hadn’t had the best vantage point.

At the time, I had been lying on a shelf in the closet next to the couch. I had peered through the gap where the sliding door met the wall. I liked to listen when Melinda asked the PC to read my story aloud. But she hadn’t that morning.

I tried to remember how she’d changed screens. This involved a lot of tapping and waiting for the device to do something.

“What are you doing?” Uncle Miren captured my hands. He was always afraid I’d break something.

“I’m trying to go to the other document Melinda left open.” I checked to make sure Papa was still asleep before continuing because he didn’t know about our sixth full-length adventure. But I digress.

A dark funnel cloud leaped out of the device and captured us before we could move. As the story sucked us into it, I held tight to my uncle and he hugged me tight.

Laughter echoed in the dark. It was that dragon, and I knew exactly which story Melinda had left open on her tablet: the one we were supposed to continue this week instead of telling you how we spent our holiday.

Find out next week what happens. I told you it was all my Scribe’s fault.

This is Ran, Sarn’s son and Miren’s nephew, signing off. Have a great week! 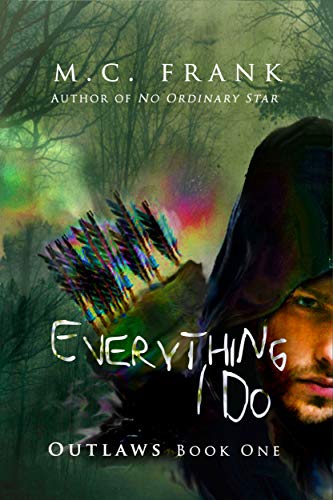 Get Them Before They’re Gone Forever

At midnight on Dec. 31, 2020, the Magic Underground set will disappear from stores.

Get your copy now before they’re gone.