This is your friendly Newsletter-Dragon. It’s been too long since I took over a newsletter, so here I am. How are you doing today?

I’ll bet you’ll be doing even better when I tell you what I have been up to. But first, let me introduce myself.

I am the dragon who delivers this newsletter to you every week. I let my nemesis narrate it, but he and I are always at war. 🙂

(He is Ran, the little boy in the Curse Breaker series. and no, I don’t know why his father or his aunt aren’t running this newsletter, which would make more sense they are main characters, and Ran is just a supporting character. But no asked me.)

Before I forget, hello, Scribe. I know you’re reading a copy of this. Please give me more page time. Okay, since we got the shameless begging out of the way, let’s move to book news.

I’ll keep it short since we need to return to the snake incident. It’s about to take a turn my nemesis didn’t expect, and I don’t want you to miss a thing. I’ll just bullet point the book news. Lists are good for keeping things brief.

That is your book news for this week. On to that snake business.

Last time, Ran (aka my nemesis) was talking the snake to death (like that would do any good). But the snake went all cryptic on him, and I’ve run out of popcorn. While I make some more, I’ll send you over his point of view because it’ll be more fun that way. I promise.

“What just happened?” I rubbed my face but that didn’t help. “I swear I just heard the newsletter dragon, but she disappeared at the end of the boiler room incident.” (Which is told in full in Dragon Spells). I let my hands fall to my sides. “So I couldn’t have heard her. Did you hear anything?” I glanced up at Papa to see if he’d noticed anything other than the parking lot mysteriously repairing itself and the talking snake in his hands. Maybe I should rephrase my question.

He frowned and might have said something if that snake hadn’t chosen that moment to talk.

“I know what you heard and why, but I won’t tell you until you release me.” The snake tasted the air with its forked tongue.

“If I release you, you’ll crawl away.” Papa held the snake up, so they were eye to eye.

“That’re true. Papa’s got you there. You’ll have to do better than that.” I rocked back on my heels.

“Maybe I’ll fly away instead.” The snake laughed so hard a fireball shot out of its mouth. It struck the wet brick wall and dissipated. Thank Fate it had rained a little while ago.

“How did you cough up a fireball?” I glared at the snake and stepped back when it grew.

Papa didn’t let go until the snake grew too fat to fit in his hands. “What are you?” Papa threw the growing snake into a puddle, then grabbed a handful of my tunic and dragged me back toward the building. A shield made of green magic sprang up between us and the snake as wings sprouted from its back.

“What was your first clue?” The Newsletter-Dragon, my digital nemesis, climbed out of the puddle and towered over me.

Since everyone did that including Papa, I ignored it. Good things came in small boxes, and I’d eventually grow as tall as Papa anyway. It just might take a few years. “The wings were a dead giveaway, and you’re the only winged snake I know.” I folded my arms and gave the dragon my ‘I’m not impressed’ look, not to be confused with my ‘I’m bored. Can we go on an adventure’ look. They were similar, but I reserved one look exclusively for Papa.

“What do you want?” Papa tried to pull me behind him, but I resisted because the magical shield was enough protection.

“What I always want.” Smoke curled out of the dragon’s mouth.

“And that is?” Papa made a continue gesture before I could jump in and shut down this line of questioning.

I had to distract the both dragon and Papa and fast before that dragon mentioned our book series. But how could I divert them? Papa still didn’t know there were books about his exploits, and I wanted to keep that a secret. Eventually. he’d find out, but I’d hoped that eventually would be a long time from now, like when I was old enough to have my own adventures.

But it was a constant struggle to keep the Newsletter-Dragon from telling him. She’d mentioned it a few times in his hearing, but other things had taken precedence then. By the time those things had been dealt with, Papa had forgotten about the book mentions, and I didn’t remind him.

Now, when all my plans were on the verge of unraveling, I couldn’t think of a single thing to distract that dragon. Time slowed to a crawl as that dragon watched me squirm. We were locked in a contest of wills now. Only one of us could prevail.

This is your host for this week, the Newsletter-Dragon, signing off. I have to leave things here, so my young nemesis can rant and rave about me next week.

Have an amazing week. 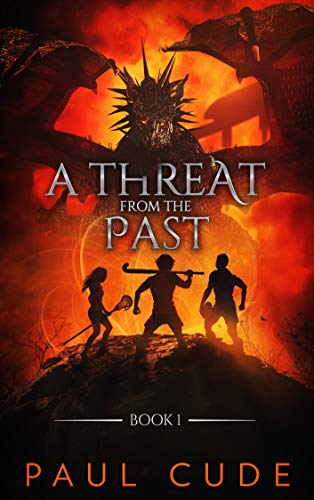 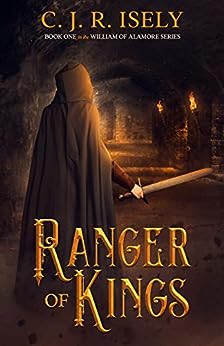 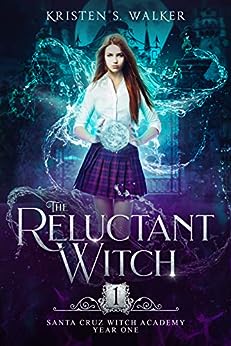