How how have you been? If you’re on the northeast coast of the US (like us), we hope you didn’t sustain much damage from Hurricane Henri.

We’ve been busy this week. What have your favorite characters been up to?

Well, our Scribe’s new oven arrived (before Hurricane Henri). Some nice men brought it inside and removed the old oven. However, they had trouble removing the old hood because the previous tenant got a little overzealous when he put in the backsplash, and he somehow attached it to the hood using something that might be caulking.

And all this time, I thought it was the Newsletter-Dragon’s fault the hood had never worked right. Imagine my surprise at finding out she’s not at fault.

A fight ensued between the old hood and the installation guys. They huffed and puffed and tugged with all their might while we, characters, (we wouldn’t have missed this for the world), cheered from the sidelines.

“Rip that bad hood out!” I yelled as I jumped up and down on the couch, and no one noticed. (I’m small and fictional because I’m a kid from two epic fantasy series, but my fellow characters didn’t even notice. This is Ran, from the Curse Breaker series and the Curse Breaker Companion series.)

In his defense, Papa stood next to the couch, so he could easily grab me with his hands or his magic. But he was discreetly prying the metal hood from the brick wall with his magic. I think one of the installation guys noticed because he nodded in our general direction.

Then again, I could be wrong about that. Melinda has a small apartment, so the guy could have been nodding to his coworker who was standing near the door behind us. That fellow had just asked if he should unbox the new hood.

The two guys who fought the old hood and won explained a few things to my scribe and us too because we all leaned closer to listen.

By ‘us’ I refer to my usual crew: Auntie Sovvan, Uncle Miren, Papa, Bear and myself. Though, Bear just sat across from me the whole time and with his snout in the air as if this was all beneath him. It might be since he’s a ghost bear living in my studded bear. I hugged him, and he growled playfully at me. Maybe he’d just felt left out? But I digress…

The power source for the old hood wasn’t installed properly, so that explains why the light hardly ever worked, and the fan made a lot of noise but didn’t do much. Now, our Scribe has a hood and an over that works. But the oven came with all these perplexing settings like “steam cleaning” and a “broiler drawer”. It has us characters scratching our heads.

Are supposed to clean our clothes in the oven? Is that why it has steam cleaning instructions on the bottom of the oven?

How does one put a broiler in a drawer? Or is there a broiler creature in the drawer? What are we supposed to do with it? Send it sacrifices?

Where do we put the Newsletter-Dragon when she comes for a visit?

Inquiring characters want to know. Hit reply and help us figure out these new-fangled things on Melinda’s new oven. (Her old one was so old; the pilot light wasn’t electric.)

We asked the installation guys about these things, but they said to read the instructions.

I handed them to my uncle since he’s the only literate one among us. But the instructions kept saying things like, “your oven may have” this or that, or this twist on this other thing. But it didn’t say what exactly was part of our oven, so it’ll be a learning process. All advice gratefully accepted!

Let’s get to some book news. We’ve got exciting things to tell you!

So what’s happening with our books?

In addition to the complete book of His Angelic Keeper Fallen, you can read chapters from Rogue Spells! We posted the first three chapters and will be posting new ones every Monday, Wednesday, and Friday until the book is complete on Patreon.

Where else can you read Rogue Spells?

That’s the part we had some difficulty with.

Right now, we have chapters of Rogue Spells posted on Patreon along with a limited edition t-shirt with the cover art on it. We’d like to add a signed paperback too, but we’re not sure when it’ll be out in paperback.

The goal was October, but I just wrecked my Scribe’s outline by sending the story in a direction she didn’t plan for. But I know you’ll love where I take Rogue Spells. It’s not anywhere you thought the story would go, and I am so excited to share it with you!

We had planned to put some chapters on Kindle Vella the day after they go live for our fans on Patreon, but Kindle Vella refused to publish two chapters!

Parts of those chapters were published in our newsletter back in 2019 because we did tell part of this tale in here. But our Scribe rewrote them prior to submitting them to fit in all the new twists and cool things we shoehorned into the story.

I guess those two chapters weren’t different enough to satisfy the Kindle Vella team. We can’t even change them. They are stuck in this limbo state that does not allow us to edit them.

I don’t understand it, but I’m just a fictional kid who wants his story told. I might be a bit salty about this because I star in the two chapters Amazon rejected. They were my time to shine!

If they don’t want me, then I don’t want them. I’m too cool for Kindle Vella, anyway.

I requested they unpublish the whole story. We’ll just release advanced chapters as they’re finished to our fans on Patreon until the book is done and ready to publish. Their refusal does not affect the ebook or paperback version. So we won’t have an issue there.

It’s fun to release chapters as they’re finished for us, chartacters. I don’t know what our Scribe thinks of it because I haven’t asked. I may have encouraged Robin to post episodes of her next book on there too when she’s happy with them. But I can’t confirm that because it might affect my page time.

I should pause here and tell you what Rogue Spells is about since I’ve been talking about it so much.

(Rogue Spells is preceded by Dragon Spells. I might have forgotten to mention that.)

So, what’s Rogue Spells about?

I defeated the dragon who invaded the “real” world (with help), but not before she triggered a cataclysmic event that could destroy reality itself. If I don’t find a way to stop it, my world and everyone on it will cease to exist. I can’t let that happen. Armed with my trusty stuffed bear, I’ll track down the one person who can fix everything. Journey with me (and my mage-born father because even sidekicks need shields) to a fantastic place of magical creatures and races.

*You won’t meet the mushroom woman until chapter 18, but yes, she is in there, and our editor is lobbying for her to appear in more books. Let us know if you want that too!

**The dragon will probably hijack my story at some point. She’s defeated but not dead.

We also have some limited edition merchandise available here, if, like our Scribe, you want to wear our the full artwork for Rogue Spells on a shirt. You can get 15% off your first order here, but you have to give them your email address to get that coupon. We tested it because we don’t like to recommend things we haven’t tried.

I told you we’ve been busy. 🙂 Next week, we’ll be back with more! 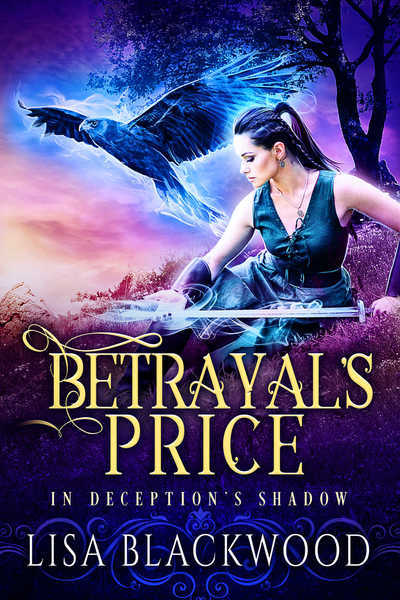 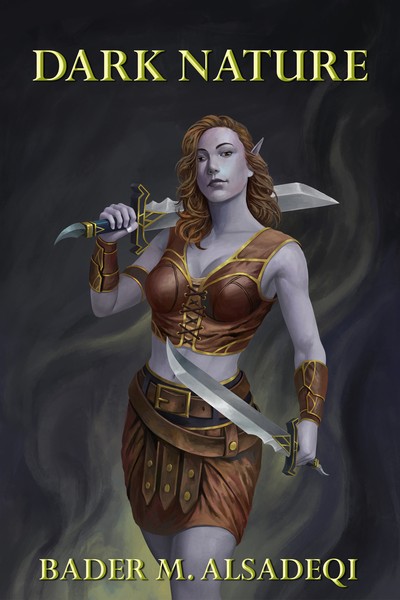 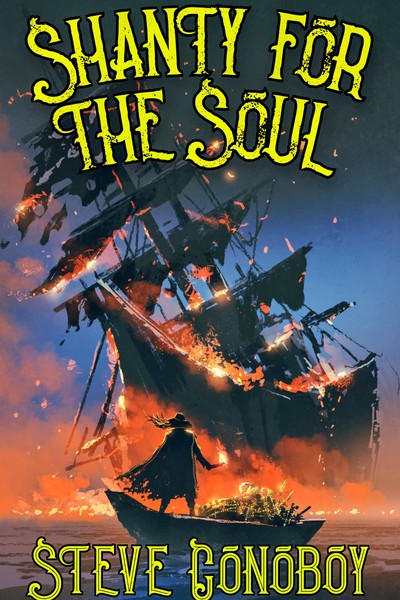 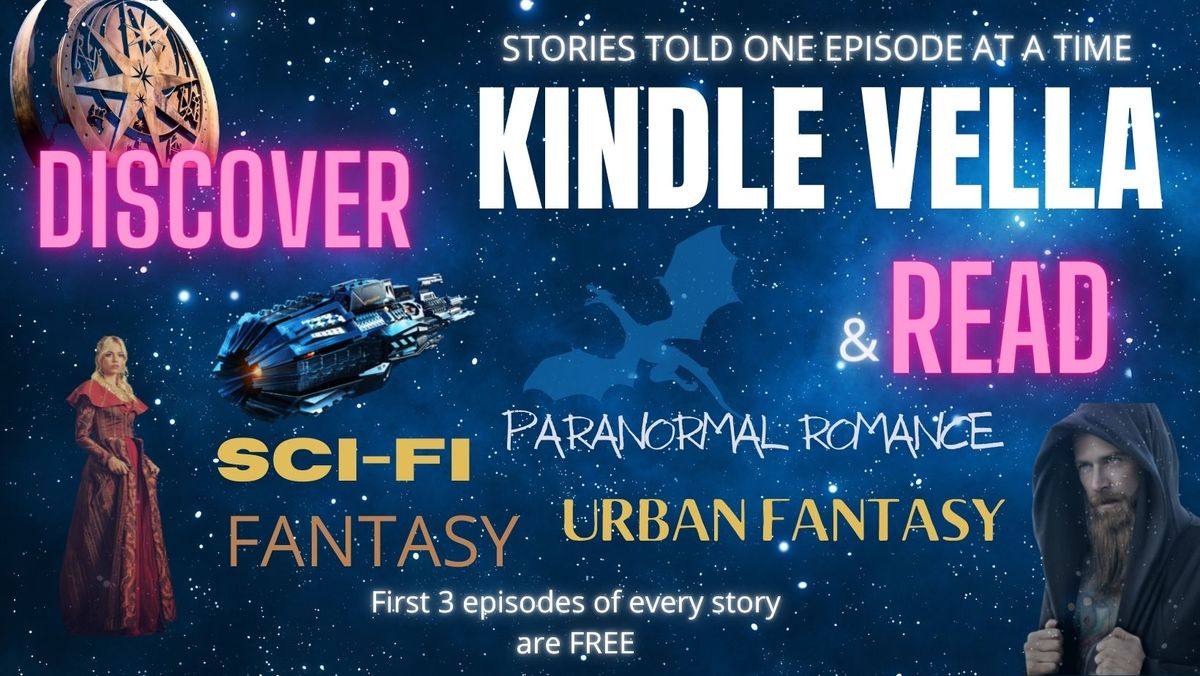