Welcome back. We’ll start with book news since there’s a lot to talk about. His Angelic Keeper Fallen is up on pre-order for 99 cents. So get your copy while it’s on sale.

If you’re not a fan of Amazon or would prefer to buy directly from us, we’ve got your back. We’ll do a week-long sale through Bookfunnel and have all formats available. The Newsletter-Dragon offered to set that up for today, but the Scribe decided she must reread the book one more time before letting it go.

So Melinda will do that this week. I’ll make sure she does.

We did the pre-order because we were concerned about Kindle Vella and not sure exactly what would happen when we hit the publish button considering all the trouble we’ve had with that platform. But it’s okay, so maybe we worried in vain.

Also, by putting the book up on pre-order we get a little bit more control over when it publishes and we can fix anything that’s not right, (like the categories. Who knows what the Newsletter-Dragon was thinking there. But we’re fixing that.).

The His Angelic Keeper series in order:

The His Angelic Keeper series is part of the Curse Breaker series.

His Angelic Keeper #1 takes place at the end of Curse Breaker Enchanted.

Hopefully, that’s not confusing. If it is, hit reply and we’ll help. The scribe didn’t set out to write a 10-book comic-book-style crossover, but that’s what happened.

We’re not allowed to do that again for a few years though, so says the scribe. We’ll see if she sticks to it.

What’s His Angelic Keeper Fallen about?

My aunt, Sovvan. Here’s the official blurb, which only talks about

Sovvan’s dead, (no surprise there if you read any of our books or our newsletter), and the devil’s (👿) after her. He turned her ex-guardian angel (👹)  to the dark side with promises of power and stole her twin brother’s magic (my Papa, Sarn! 😱), and now, he’s coming for her.

The farther her enemies fall into his thrall, the higher she’ll rise. But that new power comes at a cost. When the devil (👿) challenges her to a game, more than her family’s lives  (mine included! 😱) hang in the balance.

If she loses, everyone dies, and the devil will drag her to Hell. Meet epic fantasy’s pluckiest heroine, my aunt, Sovvan.

(Since we can’t put the first three chapters in our newsletter as we usually do because they are free to read on Kindle Vella and previews go against their policies, we thought we’d talk about the very end of Hidden with as few spoilers as possible and give you a paraphrased glimpse of where everyone is at the start of Fallen.

There’s a ton of cool things in Hidden we won’t mention, so you can meet all the angels and dragons, and discover all the magic on your own. Promise.)

His Angelic Keeper Fallen picks up moments after the gateway collapsed, and trouble arrives before the dust even settles.

In the Gray Between, Fedre and Faylon face an angry angel who wants to leave and a Memory-Eater who won’t help them.  Faylon might need to shift and go full dragon on them after she dodges a bolt of wild magic.

The gateway’s collapse disturbed the energy of the Gray Between and released a lot of power, and now it needs a vessel to fill. Fedre and Faylon are just what it needs. But neither can use that wild magic, so it’s a race to escape it and find their missing mother, who just so happens to be the ex-goddess of Fate.

Meanwhile, their mother, Fay, tried to escape the gateway tunnel with Sovvan before it fell apart. But Malachiah dealt her a stunning blow when he grabbed Sovvan off her back. Dazed and unable to maintain her dragon form, Fay falls into a deep pool in between worlds, and the water snuffs out her magic.

Is it game over for the ex-goddess? Or does she strength to change her fate one last time? Forget helping Sovvan, Fay needs to save herself first but she’s out of power and sinking fast…

Sovvan wakes to find her ex-guardian angel’s (👹) kidnapped her, and both Fay (whom she was just riding on) and the gateway are gone. What happened to them?

Malachiah (👹) won’t tell her either. He’ll pay his debt to the devil by handing Sovvan over to him whether she wants to serve the forces of Hell or not unless Sovvan can wriggle out of that. But even if she does, the devil now knows she exists, and not one angel will help her. They’ll just drag her back to the afterlife where she belongs. The Mortal World is no place for a ghost who might be turning into an angel with every good deed she does.

What the devil (👿) wants, he takes. But Sovvan stands between him and her twin, whose power he covets. Who will win and who will fall when they go head to head in His Angelic Keeper Fallen?

His Angelic Keeper Fallen is full of new twists, turns, and scenes with yours truly. It’s a wild ride that includes a live action chess match between my aunt and the devil for all the souls under Mount Eredren. Don’t miss it.

His Angelic Keeper Fallen can be read before Curse Breaker Hidden, and it’s won’t spoil the story for you because Papa is a quiet man, and he might not tell his sister some of what’s been happening. Not on purpose of course. My aunt gets distracted by angels and misses things because she can see, hear, and argue with them, and we can’t.

If you were wondering why the devil left Papa and I alone in Curse Breaker hidden, this book answers that question and more. And my aunt gets a well-deserved boost in power. But she’ll need to earn it first.

Order your copy of His Angelic Keeper Fallen for 99 cents especially if you’re not in the US.

Amazon fought the Newsletter-Dragon when she put the prices it, but we got it 99 cents everywhere or as close to it as we could get in the local currency, and we’re not touching it until it goes live so it stays that way.

If you’re in the US, you can read the first three chapters on Kindle Vella for free right now. We can’t give out previews until the book’s unpublished from that platform, which should happen around Oct. 21 as per their rules. 😦 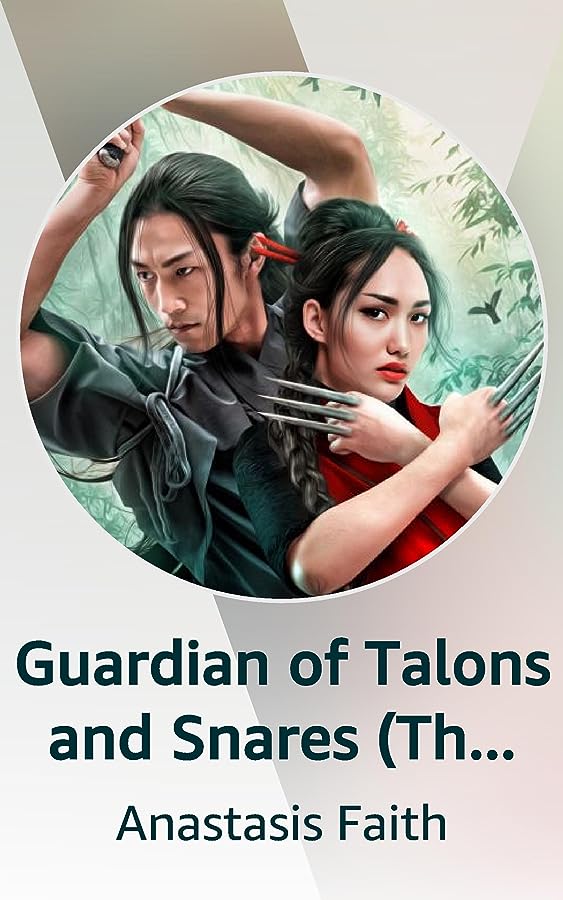