We’re back with more about Rogue Spells, an update about our Scribe and our upcoming books. So let’s get into that!

First off, the Scribe is feeling better. We took her to urgent care last Monday and got a more qualified medical opinion about our poor Scribe. It turned out she had bronchitis. 😦

But she’s getting better, and that’s what’s important.

On to our book update!

And yours truly plays a major role. (This is Ran, Sarn’s son, and your hero in Rogue Spells.)

There are also a bunch of chapters later in the book from Papa’s (Sarn’s) point of view that pickup right after the end of Curse Breaker Hidden. These scenes include our new mind-reading OwlCat friends.

But the Scribe is questioning whether those chapters should go in His Angelic Keeper Tempted at all or if she should put them in Curse Breaker Trapped.

So you can see why we’re torn. What do you think?

Should the chapters from Papa’s (Sarn’s) point of view stay in His Angelic Keeper Tempted or should they appear only in Curse Breaker Trapped, which, by the way, will be our first book to publish in 2022.

We don’t have a publication date yet, but we will have that sorted in the coming weeks. Something you’ve been waiting for will happen in that book, and it’ll change everything for your heroes. So we’re really excited about that.

And now let’s get back to our first look at Rogue Spells.

Another scream rang out—the one I’d dreaded hearing. Uh-oh, the apartment building’s management association must have finally noticed what was happening, and they sounded angry. I didn’t want to meet them because then I’d have to explain how a bunch of fictional characters and a digital dragon destroyed the boiler room. My family had tried to save it, but some things just couldn’t be saved. At least no one got hurt, except the dragon, but she didn’t count.

Metalara seized up as a loud clicking sound echoed off the walls. “Changes come in threes.” She convulsed as the broken gears turned slowly in her chest, and her wings glowed a warm orangey-pink. They had little gears in them too, and they whirred when she moved.

Behind her, an army of clockwork insects scuttled over the debris scattered across the tiled floor, and everything got really wavy and smeary like the world outside the hole in the wall was melting. It couldn’t really do that, so I tried not to worry too much about it.

Auntie Sovvan backed up until a wall stopped us and squeezed my hand. “Sarn, come here, please.”

“What are those things?” He asked as he joined us. I grabbed his hand too.

“Agents of Chaos. There’s never just one. They always travel in armies.” Auntie Sovvan stared at them in equal parts fascination and horror as those creatures flowed over everything in their path, heading straight for Metalara. “Melinda?” Auntie Sovvan extended her other hand to our Scribe.

“Hmm?” Melinda looked up from her phone after hitting the save button.

“Is there another way out of this building? Because we can’t go that way anymore.” Auntie Sovvan nodded to the hole in the wall the Agents of Chaos had entered through.

“Yes, up those stairs, but that way might not be safe since one of those beams reduced part of it to a rubble pile.” Melinda pointed to the stairs in question. They were next to the entrance to the laundry/boiler room.

“There’s a sliding glass door in her apartment too. We could go out that way,” I suggested, so I could check on the portal. If things got too scary here, we couldn’t escape unless the portal to our world returned. That was the only way we could go home again. Had that portal reappeared?

I glanced at the closed door to Melinda’s apartment. Thankfully, it was outside the danger zone and hadn’t been destroyed. I couldn’t go to her apartment until Auntie Sovvan let go of my hand, but her grip was like iron, and Papa was now holding my other hand just as tightly as if he knew what I was thinking.

Sometimes, Papa was too observant, but he was so tall, all he could see right now was the top of my head unless I happened to look up at him. That was why he often picked me up. Right now though, I wanted to be in his arms for a whole different reason.

A black spot had appeared dead center in that hole in the wall. But it wasn’t filling that hole as it expanded. It just looked that way because I was small and looking up at it.

That black circular thing must be floating in whatever was turning the world outside this building into swirling colors. I hoped it wasn’t a giant finger. Papa and I had faced many dangers, but I drew the line at giants. They could eat me and not notice, and that would make Papa, Auntie Sovvan, and Uncle Miren sad. Maybe Melinda too if she looked up from her phone long enough to notice my demise.

“Changes come in threes,” Metalara sang as she spun drunkenly, scattering the Agents of Chaos. “First the orb, hide it, take in all the power—” She raised a second gleaming finger as she spun, arms akimbo.

“Then launch it into the sky. Watch it fly, way up high—” Metalara trailed off again and raised a third finger. “Then the enemy comes to turn the tide, make chaos win over order. Never again. Not on my watch.” She threw her head back and roared. “Not on my watch. I will destroy you all.”

Uh-oh. We were in trouble now.

Find out who next week what happens next. And let us know, if the chapters from Papa’s (Sarn’s) point of view stay in His Angelic Keeper Tempted or if they should appear only in Curse Breaker Trapped? 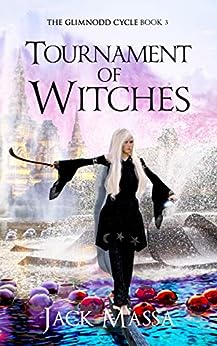 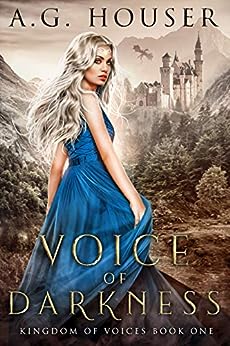