Things are happening! I have so much to tell you.

This is Ran, Sarn’s son, and the best sidekick ever. I star in the Curse Breaker books alongside my mage Papa, and of course, more about that in a bit. First, I need to tell you about some exciting things!

Melinda, our fearless Scribe, sat down and recorded herself reading last week’s newsletter, and she had the audacity to argue with some of the points I made in it. She also discussed her current WIP, Rogue Ranger, and how I am trying to replace it with Curse Breaker Jousts.

But she’s not supposed to complain about us. That’s not how this works. I can say whatever I want in here. This is a Scribe-free space.

Melinda was nice about it, since she’s a nice person, but now I might need to watch what I say in here. Yes, she does read these emails after I send them, but that’s not the same as reading it aloud. And yes, reading it aloud is a nice thing to do because some people prefer to listen, but I think I lost my point somewhere.

In case you didn’t know, Curse Breaker Jousts has an actual joust in it as the title implies. Who wouldn’t want that? That’s why I am fighting for it.

We might get to play with pointy objects! I won’t know for sure until she writes it, so you can understand why I am pushing so hard for Melinda to write that book, but she’s decided for reasons she discusses in the video. And they’re reasons I can’t really argue with.

But I digress. Melinda also talked about the release of Curse Breaker Revealed, which I will get to in a moment, and she narrated the first chapter of the book!

If you want to hear what she had to say, you can either listen or watch the YouTube video. I play a small but essential role in the video version by adding some commentary in text form right on screen to egg on and sometimes undermine my Scribe because we never let her have the last word.

The video includes artwork and actual footage of our books in the wild as our scribe reads the first chapter of Curse Breaker Revealed. I tried to get on the microphone and talk, but it doesn’t record fictional characters. So that’s a bummer. But I’ll keep trying.

Melinda plans to make this a series and release an update/episode every week. It’s good practice for her since we want a human-narrated audiobook. (I’m convinced her to do a second series on the same YouTube channel of her reading chapters from Curse Breaker Enchanted (featuring artwork from the series, some never before shared anywhere) and talk about how that book came to be. Melinda published the first episode of that! Watch it here. Please subscribe to our YouTube channel, so you’re notified when the next episode goes live!)

I feel like we’re one small step closer to human-narrated audiobooks since the Curse Breaker Enchanted episode meets all the requirements we could find for Audible in terms of loudness, something called a noise floor and other stuff. (We found a tutorial online and made sure the Scribe followed it.)

Producing two programs a week should help our Scribe get good enough to do the job twice as fast right? Right?

It’ll give us some audio files to use for it! After we crop out the talking bits. In my mind, that’s how it works, but we’ll see. Melinda is skeptical about it. But she’s skeptical of all my ideas, so I’m not worry about it.

All kidding aside, Melinda has wanted to do something like this for years, but she’s shy like Papa, so there was that hurdle too. But all the TikToks she’s created have given her the confidence to do this. It helps that the new headset she got for work records crystal clear audio.

And now Melinda will get practice editing it and doing all the other things involved in audio production. We hope you’ll check out either the two episodes we published on YouTube video and subscribe to us.

If you’re not into audio or video shenanigans, don’t worry. I’ve got your back. You can download a preview of Curse Breaker Revealed as either an ePub or a Mobi file right now.

Or you can grab the full book in either ebook or AI-narrated audiobook format right now from our shop and send it to your Kindle or other device. Or preorder your copy at your favorite store.

And last but not least, there’s our contest!

I promised to share all the details for our contest, and it’s all here. Help us spread the word about it and our new release and recommend our books to your friends, family, coworkers,

Exciting things are happening, and I hope they will lead to more wonderful things in the future. And that’s all for this week. I threw a lot at you! Have a great day. 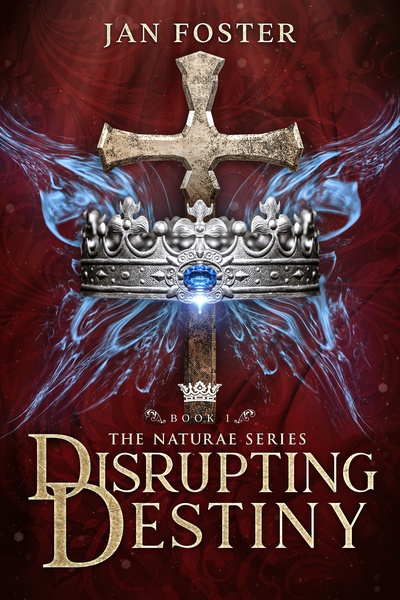 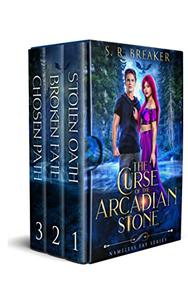