I’ll explain the subject line and answer all your questions about how, why, and who we’re fighting in a minute. I promise, and promises are binding. But first, a quick reminder that Curse Breaker Revealed comes out on Sept. 27, and it’s my big reveal, hence the title. I hope you’re as excited about it as I am.

(This is Ran, Sarn’s son and biggest page hog in the cast. I get loads of time with you in Revealed, and I make the most of it.)

What else is going on with your favorite characters and our Scribe?

Melinda is narrating Curse Breaker Enchanted on our YouTube channel. We have three chapters posted already, and she recorded three more that will go live soon as they’re edited. I might have interfered with the recording, and it might need extra editing.

But she needed to rerecord those parts anyway because she read the text wrong. I got the death glare every time I interrupted to point out her mistakes, but I know listeners will appreciate it. And she did rerecord. She wants it to be right as much as I do.

If videos aren’t for you, we are also uploaded the audio from the videos to Spotify and other places as a podcast. So you can listen to them, and if they pass muster, they’ll eventually get published as an audiobook on Audible and other places. (We hope)

Why are are doing all these things?

For a couple of reasons. We want to meet new people who like audio, and we want a human-narrated audiobook. It’s too expensive to hire a human, so we drafted the only human we don’t need to hire, our Scribe, and Melinda’s actually doing it this time.

Melinda says this feels like what she needs to do right now, and that may have something to do with it being September. Her late sister’s birthday is Sept. 27, and Melinda likes to do things to honor her sister’s memory in September. Also, the reason you can read or listen Curse Breaker Enchanted is because Melinda’s sister asked her to finish and publish it.

So all these videos are for a purpose. They give our Scribe practice narrating since she’d not a voice actor. There’s also technical stuff she needs to learn about audio production to get it ready to become an audiobook. We will upload all her recordings minus any side chatter with us or editorializing by the Scribe to audiobook distributers when she’s narrated the whole book, and that will be the final exam.

Will the recordings pass all their checks?

We don’t know. They sound good to me, but I’m a fictional character, so my opinion doesn’t count. Melinda is doing all she can to make the recordings meet the specifications, but she’s an author, so who knows if she’s getting it right? Stay tuned for that.

How long will it take to record the whole book?

Melinda can only record a couple of chapters a week since she’s still figuring out how to do all the audio editing and mastering, and that takes a lot of time. To speed things up, I could hold my comments until she’s done recording instead of interrupting her, but that wouldn’t be as fun.

Melinda is also working on Rogue Ranger which will be our next book release. She could still change her mind about that and write my sequel instead. After all she’s narrating my first book. It’s only natural that she follow that up with writing my tenth book, right? That’s my evil plan anyway. (Is it really evil though if you want it too?)

Another reason for all these new ventures, besides reaching new readers is monetary. Editors and designers have raised their prices a lot due to inflation and the rising cost of living. There was a thread in an author group discussing whether to pass those price increases onto readers. Many authors said they will raise their book prices, but we don’t want to do that, so we’re trying to find other ways to earn the money to produce the books you love.

And that brings me back to the subject line. (Admit it, you thought I forgot, didn’t you?) We’re fighting higher prices.

One of the ways we’re fight it could be through YouTube if we can get a 1000 followers and monetize the account. That would not cost you anything extra, and all money would be used to produce more books.

Another way could be sponsorships for the podcast if we can get a large enough following where that’s attractive. That’s more of a long game, but since we have the audio from the videos, it made sense to make that available outside YouTube.

Kindle Vella and Patreon are two more ways. Although with the recent news about Patreon, we may need to rethink that and find another way to offer advanced access and goodies. We’re watching this issue.

Kindle Vella pays a bonus for new material, and used that pay for editing for Curse Breaker Revealed. We are deeply grateful to the few readers who braved the platform to read the first three chapters of Curse Breaker Revealed for free. That helped us receive a larger bonus, and it covered half the editing costs. Thank you so much for that. It meant the world to us.

There’s also the AI-audiobooks. We are grateful to the small group of devoted fans who are buying them on Google Play. We used the money earned from it to get the microphone the Scribe used to record the first six chapters of Curse Breaker Enchanted.

As promised, we used that money for audiobook production.

And we’ll keep producing AI-narrated audiobooks for every book we publish as well as for all the books we’ve published previously as a low cost alternative to the human-narrated ones which can get expensive (especially on Audible where we’d have no control over pricing if they accept our Scribe’s narration).

I know what you’re wondering. Don’t we make enough from each book’s launch to pay for the next book?

Unfortunately, we don’t, but we’re not letting that stop us.

Our books have always been a passion project, and we love our fans. You are precious to us, and we’ll keep looking for ways to make up the short fall between book income and the costs to produce the book. So don’t worry.

If you could subscribe to our channel on YouTube, that would help us get closer to the 1000 follower minimum we need to apply for a monetized account, and it costs you nothing.

If you have any other ideas for how to close the increasing gap between book sales and the rising costs of producing the book so we can keep our book prices from rising, please let us know.

You are at the heart of all we do. Thank you so much for supporting us over the years and being part of our little community of fantasy fans.

Why are we telling you all this?

For two reasons. One, we believe in transparency. Since the beginning, this has never been a traditional author newsletter. We’ve always shared our struggles with finding affordable, marketable covers and editors. Besides, you’re our friends, and friends share things.

Also, we wanted you to see how we’re working behind the scenes to make sure we can keep delivering the books you enjoy. Melinda has seen some threads in authors groups about authors quitting and not publishing books anymore because the price of covers and editing have skyrocketed, and it’s become much more expensive and riskier to publish a book.

But we won’t allow our author to quit! She can’t anyway because she promised her late sister she would finish all her stories and publish them, and Melinda hasn’t done that yet. So if you hear rumors of authors quitting, don’t worry. Melinda isn’t quitting, not ever.

Instead, we’re looking for alternative ways to get in front of readers and earn something to put towards producing future books. So I can continue to entertain you long into the future. After all, I need to grow up. (You do what that, right?)

And yes, I left out boxed sets/omnibuses. We have more coming your way. Don’t worry! I’ll talk about them next week.

That’s what your favorite characters and their Scribe are up to now. We’re fighting to keep existing in a world that is getting more expensive every day because you matter, and you deserve a fun fantasy world to visit when the real one gets too tough.

My family is standing by to take you on adventure whenever you need one.

Thank you for being the best part of our little fandom.

–Ran, son of Sarn, and Melinda, the Scribe 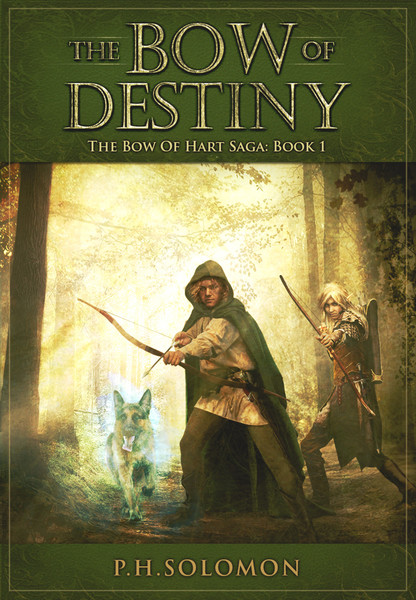