I hope you had a good week. The Scribe didn’t. Things are rough right now at her job, and today is her deceased sister’s birthday. But we’ll celebrate the release of Curse Breaker Revealed and another promise kept.

That’s right! You can buy a copy today and read it. The wait is over. I’m finally revealed, and my big reveal changes everything for my little family. I hope you enjoy the book as much as I enjoyed starring in it.

Fun fact: Curse Breaker Revealed started as a story our Scribe told her sister, but the version you’ll read is different from that story. There’s elements that are the same though. This version is better, in my opinion.

Before I get too deep into Curse Breaker Revealed, in which I play a critical role, (this is Ran, Sarn’s son, so I have a lot to say). Let me quickly tell your what we’ve been up to this week.

(Another fun fact. When Melinda was growing up, Melissa was a popular name, and she got called that a lot. Since her name isn’t Melissa, Melinda got mad every time someone called her that. So now you know why I’m laughing. But in all seriousness, I had to remind myself it’s an AI and not my aunt because she sounds young and confused, and that’s how Auntie Sovvan sounds all the time.)

Speaking of YouTube, the Scribe narrated chapters 4-8 from Curse Breaker Enchanted on there and also on our podcast.

And the last bit of news is related to our ebooks. We didn’t mention it in the last newsletter only because we didn’t have confirmation that we could do this. But we just got that, so now I can tell you that there will be a box set that includes books 7-9 of the Curse Breaker series. So boxed set/omnibus fans, go ahead and rejoice.

Unfortunately, we don’t have a publication date for it yet because we have to wait until Curse Breaker Revealed is removed from Kindle Vella. We submitted a removal request, and now we must wait for Amazon to actually remove it.

Once it’s unpublished from Kindle Vella, we can publish Curse Breaker Books 7-9. That will likely happen sometime in late November. That’s our best guess, but we’ll keep checking and alert you if anything changes.

What will Curse Breaker Books 7-9 include?

It will not include Spell of Shadow & Light since that book is a prequel, and a certain OwlCat wants that book to have a sequel. I don’t know what he’s planning to do in it, and he probably doesn’t know either. Or maybe he’s not saying because he doesn’t want to fight Robin or me for page time because he’ll have to. We’re hogging all the Scribe’s writing time right now.

And now we can talk about Curse Breaker Revealed! Are you as excited as I am about it?

We put a preview of the AI-narrated audiobook on our YouTube channel, so you can hear the first 20%. And now, if you haven’t read Curse Breaker Trapped please go do that because from here onward, there will be lots of spoilers.

Since it’s just us now, I can reveal Curse Breaker Revealed to you. Yes, I have been dying to say that for weeks. 🙂

Sarn followed his son through the corridor that led to the other side of the mountain where Inari and Nolo lived. But he didn’t hurry, and that wasn’t so Miren had enough time to finish his homework. Last Friday’s visit was short and awkward, and Sarn doubted this Friday would be any different. But worry twisted a knot in his gut despite that.

One Friday, Inari wouldn’t be home alone. Someone would visit, or Nolo would take a sick day, and he’d see Ran. It was inevitable now, and there was nothing Sarn could do about it except try to choose times when Nolo wouldn’t be home. But his hours were erratic since taking over for Jerlo a few weeks ago.

How long would the commander take off from work? Another week? Surely no more than that. I wish he’d go to work like normal so Nolo could keep regular hours again. Sarn hadn’t looked for Jerlo after their last run-in. I don’t want to talk to him.

Sarn blinked at the door in front of him. It wasn’t a long walk, but he couldn’t remember any of it. “I see that.”

“Are you sure? Because you would have walked into it if I hadn’t stopped you.” Ran looked at him with skeptical eyes, and he raised both brows in a silent question.

“Thank you for that. I don’t want to walk into any doors.” Sarn rubbed his face. He needed to think less and pay more attention to his surroundings.

“You’re welcome.” Ran knocked on the door in front of him. “Inari, are you home? We came like we promised.”

The door opened. “And I’m here like I promised.” Inari smiled at Ran, and he smiled back, but her voice had an edge meant for Sarn.

This was all his fault. “Is Nolo home?” Sarn rested a hand on Ran’s shoulder to stop him from entering.

“No, he was called to a meeting about an hour ago. Come inside.” Inari stepped away from the door. She wore the same blue dress as last Friday, but she’d pulled her hair back.

Thank God he made time yesterday to do some laundry, so he and Ran both wore clean green tunics and trousers today. I hope that proves I’m a good parent. But it might not, and the threat of discovery hung in the air like a storm about to break.

“Are we going inside? Because that’s where the cookies are.” Ran pried at the hand on his shoulder.

His son was right. They couldn’t stand here on the threshold all afternoon because Sarn promised to meet Nolo at twentieth bell. It was rude, and it wouldn’t help his case. What would help at this point?

Had they already passed the point of no return? Sarn shoved those thoughts aside before they could depress him. I won’t lose Ran. I’ll do whatever they ask to keep him. It was hard letting go, but Sarn did, one finger at a time, until Ran slipped out of his grasp and trudged inside.

Sarn swallowed his trepidation and followed his son. He still felt like something was wrong, but he couldn’t figure out what. The living room was neat and clean, and every rug, blanket, and pillow was in its place. Sarn stepped over a light-colored throw rug so his boots wouldn’t leave black marks on it. His magic didn’t sense anything amiss either when he queried it. But worry curled around his gut and squeezed it, despite the lack of evidence to support the uneasy feeling tensing him up.

“Did you make any cookies? I promised I’d bring Uncle Miren some.” Ran sniffed the air and smiled. Thankfully, he didn’t sense that anything was wrong. But the boy was too trusting.

“Yes, I did. Would you like one?” Inari gestured to the kitchen, but she didn’t take her eyes off the door.

Why was Inari so tense? Did she think he would hurt her? “Is everything okay?” Sarn rested a hand on his son’s shoulder again and stopped the boy from going any further into the apartment.

Ran glanced around. “I don’t see anybody else here. Why wouldn’t everything be okay?” But he stayed close to Sarn.

“I don’t know. That’s what I’m trying to find out.” Sarn called up his magic, but it didn’t stray far from his side because he was tired and tense. It just scanned the hallway they stood in. But that wasn’t helpful.

Ran backed up until he stepped on Sarn’s boots. “Are we in trouble?”

“I don’t know.” Sarn squeezed his son’s shoulder, but he wouldn’t find out if they were in trouble until Inari spoke.

“You can tell us what’s wrong. If there’s a monster here, Papa will get rid of it, and I’ll help.” Ran turned his cuteness on Inari and smiled.

That was the last thing she expected him to say and it melted her reserve. “There are no monsters here.”

Well, there might be just one, but Sarn kept that to himself because he felt like a monster for what he’d done to her.

“Do you know what always makes me feel better?” Ran tapped his chest.

“What?” Inari crouched to be on his level.

“Cookies. They make everything better. We should have some.” Ran bounced on his toes. All his worries fled at the thought of cookies.

Inari laughed and extended her hand. “And so we shall.”

Ran clasped her hand and slipped out of Sarn’s grasp again. They strode through the living room to the table at the edge of the kitchen. But Inari kept glancing at the door behind him. Was she waiting for someone? No, she couldn’t be. She promised not to tell anyone about Ran. A bad feeling sliced through Sarn. Were those footsteps in the hall?

“Are you expecting someone?” Sarn leaned against the couch. He should take his son and go. He’d fulfilled his promise, but fear froze his feet to the spot. What if he ran into whoever was coming in the hallway? There would be nowhere to hide Ran.

“Papa, are you okay? You got pale and quiet, and you only get like that when you’re scared. Are you scared, Papa?” Ran glanced back at him as he entered the kitchen. But the promised cookies spurred him on.

The outer door opened before Sarn could pull up his head map, and Ranispara strode in.

Get Curse Breaker Revealed to find out who arrived and what Papa does about it. 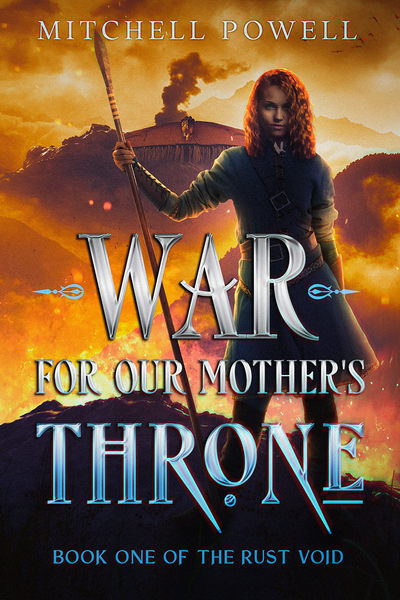 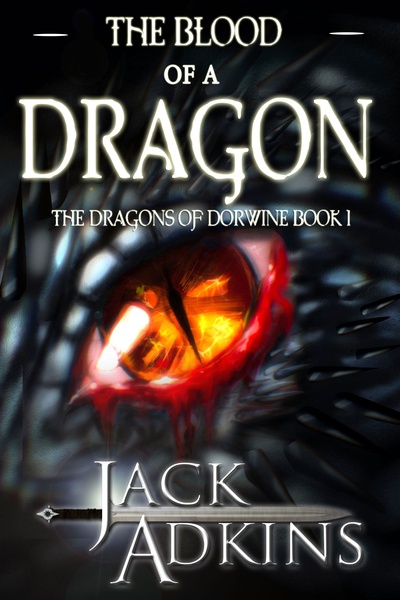 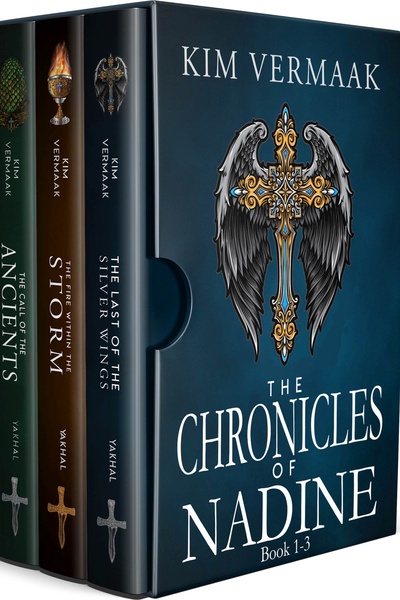