Season 1 of the Rings of Power show ended this past week and I, your favorite fictional character, Ran, the son of Sarn, I’m glad it did. Maybe now I can get some page time.

This will be a spoiler-free email, so if you haven’t watched it, you can read on with confidence. I’m not here to talk about the Rings of Power. Melinda, our Scribe, has done enough of that in her tiktoks, her YouTube vids, and her podcast.

I’ll linked them, so if you want to find out what she had to say, you can do that. But I’m not here to talk about the Rings of Power.

We also released an episode of the podcast about AI-narration with two AI-narrated chapters from Curse Breaker Enchanted, and that’s available for your listening pleasure on YouTube and wherever you enjoy podcasts.

I’m glad the Scribe will no longer be attending lives that last for hours and watching multiple breakdowns of each episode of Rings of Power. But I do want to talk about something related to the show that the Scribe mentioned in a post a Facebook post.

She said some really interesting things, but not about the show, and I want to break them down for you. I hope we’ll get a chance to do them someday in the Curse Breaker series because it could be very cool.

So what were those things?

I can’t tell you what prompted the Scribe to write this because that would mean giving away spoilers about the show, and I don’t want to do that. There were some things in the season finale that the Scribe was unhappy about, and there were things that she would have wanted more of.

The one thing she wanted more of was the last part. And if you’ve seen the season finale, then you know the last part is the reason the show is called the Rings of Power. At least I think it is, but I’m just a fictional character from a completely different fantasy world, so what do I know?

Okay I beat it around the bush enough. What did Melinda say?

Melinda said: “I can’t even write my own version because Sarn’s very existence makes that impossible. His magic doesn’t like metal, but it will act on it if he wills it. So a ring of power wouldn’t stand much chance against him. He could pull the ring off their finger with his magic. Unless the ring was made of water or ice because his magic hates water in all its forms. Hmmm…. Maybe I could do my own version.”

This is Ran again. So that’s interesting right? Could we have a ring of power made out of ice or water? Could somebody have it and come to Mount Eredren, so we could see what would happen if they faced off against my magical Papa?

Or would we need to create our own version of Mordor and a reason for us to go there? I have so many questions!

Will the Scribe write this?

I don’t know. Our story is heading in a certain direction, and I don’t know if we can do this but after we do that one thing that I’m not going to spoil for you, then who knows?

We could go after rings of power if they exist in our world. But we’d need a good reason todo that.

That ‘one thing’ I teased about is mentioned in multiple Curse Breaker books already, but we don’t just hint about it in Curse Breaker Revealed. Someone says it aloud. But not Papa because he doesn’t know, and I don’t either because I only know what he knows.

I won’t repeat it here because that would be a spoiler, and we don’t do that this newsletter. At least we won’t do it until the book has been out for a few months. If you want to find out what I’m talking about get Curse Breaker Revealed. It comes up in the second half of the book. 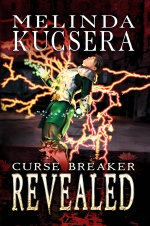 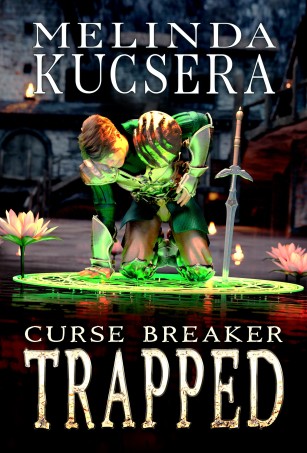