We hope you had a happy Halloween if you celebrated it. We had more than enough mayhem here without adding costumes into the mix. With the election and everything that’s going on, we’re keeping things light and fun in here.

But first, some book updates. Due to storm damage, electrical outages, and other 2020 madness, the cover for His Angelic Keeper: Hidden is delayed. But we’re just glad our designer is okay. We hope she’ll be able to work on it soon, but her safety is our number 1 concern.

Also, the editor for His Angelic Keeper: Hidden fell through, but our favorite editor had an opening at the end of November for it and, even more importantly, she’s holding a slot for Curse Breaker: Hidden for the first week of January!

More details to come, but I am so happy because she was the editor for both Robin of Larkspur novels, Hunter’s Night, Rogue Night and all three of our Scribe’s Magic Underground stories. This almost makes up for the ridiculousness of the last few days.

Please note: this episode is based on true events. Our Melinda’s refrigerator really did die, but replacing it was far more of an adventure than our poor Scribe bargained for. So let’s get to it!

When you last saw me, Ran, Sarn’s son and sidekick, I was staring in horror at the miniature dragon dancing and singing inside the dying refrigerator. I shut it and leaned against it. Holy smokes, we had a big problem. I needed magic, lots of magic.

Across the room, a portal glowed invitingly. I ran through it without a second thought, shouting for Papa. But he was exhausted, so he didn’t wake up. I crashed into a pair of legs and looked up at my uncle.

“What are you doing?” Uncle Miren asked.

I just pointed at the portal. I had no words for this. I grabbed his hand and towed him to the portal.

“All right. Show me what the problem is.” Uncle Miren stepped through the portal.

Not that I gave him a choice. But he gamely followed me to the fridge, and I opened it. The dragon was nowhere in sight. But there were golden puddles of plant-based butter all over the place. “Where did all the containers go?” I asked.

Uncle Miren closed the fridge’s door and turned to me. “I don’t see a problem.”

“I put them in the freezer. It’s still working, but how knows how long that will last.” Melinda, our Scribe, breezed past us. She scooped up her bag and a face mask as she headed for the door. “I’ll be back. I need to go buy a replacement.”

Then she was gone, leaving me with a scowling Uncle Miren. He looked from the fridge to me like I had something to do with its malfunctioning state.

“I didn’t break it. The dragon did.” I pointed at the fridge.

“What dragon? I didn’t see one.” Uncle Miren opened the fridge again. Since it was empty now except for the plant-based butter the dragon had just bathed in, there was no harm in opening it.

“She’s hiding somewhere inside the fridge,” I said as Melinda’s phone pinged. It was in my pocket. I must have thrust it in there before I’d crossed through the portal. Oops. I pulled it out and checked to make sure it still worked. Magic and tech didn’t mix, and my cave home was full of magic when Papa was around.

The phone looked okay, and it started up when I swiped to unlock it. Last week, I had asked what do about the drunken dragon dancing in the dying fridge. I hoped there was some advice in our inbox as I tapped the icon to launch the email application. And there was one reply!

Christy wrote: “The dragon is already inside the fridge, so why not just trap her in there and seal the thing. It’s probably going to go to the dump somewhere anyway, so let those people deal with her for a while. It’ll take her some time to sober up, find a way out of the fridge and back to you guys. It would definitely give everyone a break from her, right?”

Christy was so right, but what if she wasn’t in there anymore? What if that dragon had slipped out while I was on the other side of the portal trying to get some help from my sleeping Papa? I darted over to the portal to check if he’d woken up, but I crashed into my uncle again when he stepped into my path again. That was so annoying.

“Where are you going?” Uncle Miren regarded me from his superior height. He wasn’t as tall as Papa yet, but he wasn’t that much shorter than him either, so he was a lot taller than me with long arms. Before I could dodge, he caught my arm and marched me over to the couch. “What are these?” He pointed at those masks I showed you last week.

“They’re face masks because there’s a pandemic on in Melinda’s world, and we have to protect our readers. Viruses are bad.” I fingered one of the masks. They were so soft, but not something you’d cuddle up with, so I put them back on the couch.

“Why do they all have my brother on them?”

“Not all of them. I ordered a few with Auntie Sovvan on them too.” I held up one of her.

She’d be tickled as pink as her warrior outfit when she saw them. Auntie Sovvan had a good sense of humor, but my serious uncle didn’t. He touched one mask, then withdrew his hand as if it had burned him, which it had not. I checked.

Or maybe I was mistaken about that because a sly smile slipped into place as my uncle looked from the masks to me and back again.

“What are you thinking?” I stopped trying to squirm out of his grip. He’d helped Papa raise me, so he knew how to keep me out of trouble, not that I had any trouble in mind. I never do. But trouble finds me anyway.

“Here, put this on.” Uncle Miren handed me a mask with Papa’s face on it, and he scooped up two more before towing me to the portal.

“What about the dragon?” I pointed at the fridge with my free hand. “We have to make sure she’s still in there and somehow seal her inside until she sobers up.” Who knew what trouble she’d get into if we didn’t contain that dragon.

“Oh, we will. But we’ll need help with that, don’t you think?” Uncle Miren winked, and there was a twinkle in his brown eyes. Uh-oh. This time, trouble might be following my uncle around instead of me.

Stay tuned for more next week as we continue our light-hearted romp and hopefully give you something to smile about until our next books are out.

2020 has been a rollercoaster for everyone, but we keep the Scribe writing. There’s no harsher taskmaster than a character who wants his page time. I guarantee that. 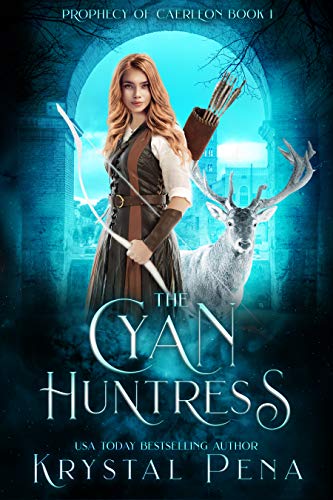 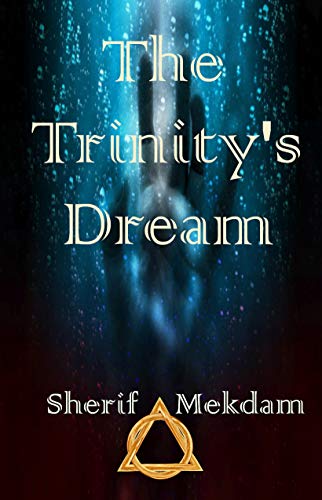