Last week was a rollercoaster. At least it was in the US. We hope things were less crazy outside of it, and that everyone is doing okay no matter where you are in the world.

We heard from our designer. She’s okay despite the typhoon that tore through where she lives. Her power and internet access have been restored, and she’s working on the cover of our next book (His Angelic Keeper: Hidden).

His Angelic Keeper: Hidden goes to our favorite editor at the end of the month. It’s almost 100,000 words long. Clearly, Auntie Sovvan got carried away with the plot. (This is Ran, Sarn’s son and favorite person to protect in the Curse Breaker series.)

His Angelic Keeper: Hidden a fun story, and we can’t wait to get it into your hands.

And now, because we could all use a light adventure, it’s time to return to our madcap caper.

Who killed the refrigerator?

When you last saw me, my uncle had dragged me through a portal that connected my epic fantasy world, where magic and dragons and enchanted forests are real, to your world. He had a plan, but he hadn’t shared it with me. The nerve of him, right?

The Masked Refrigerator Avenger Strikes Back

(If you missed a part of this light, fantasy adventure, read Part 1 or part 2 now.)

I stared at my uncle’s back as we stepped through the purple-glowing portal into our cave home. I think it’s purple purely because that color clashes with the teal/aqua blue and brown theme in Melinda’s apartment.

“Why are we back here?” My gaze shot straight to Papa, but he was still asleep.

Uncle Miren let go of me long enough to put the mask on me, then he put one on himself. “Stand right here until I tell you to move.” He dragged me into Papa’s sight line, then whistled. “Bro, wake up. You must see this.”

Papa didn’t even stir. He could be a heavy sleeper sometimes. But I’d caught on to my uncle’s plan, and I added my plea to the mix, and together we finally roused him.

“What is it now?” Papa glared at Uncle Miren, not me.

I’m allowed to wake Papa up whenever I need him. That was just one of the perks of being little and his son.

Undeterred by Papa’s tone, Uncle Miren tossed a mask at him. “Put this on. We need to show you something.”

“What’s that on your faces?” Papa squinted at us, and his eyes glowed brighter as he struggled to make sense of what his eyes were telling him.

Uncle Miren smiled behind his mask, and mine muffled a giggled or two. When Papa finally noticed what was on the masks we were wearing, he cursed and sat up, and the mask Uncle Miren had thrown at him fluttered to the ground. A copy of Papa’s face stared up at him from the mask.

“Very funny.” Papa shook his head at us.

I was smiling too and struggling not to laugh. “You must wear a mask now because viruses are bad.” I rocked on my heels.

I really wanted him to put the mask on. It bore a striking resemblance to him, and I wanted to see what that would look.

“I’m not wearing this.” Papa tossed the mask at Uncle Miren, then laid back down. He’d go back to sleep if we didn’t stop him.

“Wait! We need your help with a dragon.” I held my hand up, palm out in a stop gesture.

“I already fought a dragon. I’m not doing that again. Once was enough.” Papa closed his eyes. (He fought a dragon in this book. It was fun for me, not so much for him.)

I launched myself at Papa before my uncle could stop me, but his magic told him I was headed straight for him, and I crashed into a sparkly wall of green magic. But it didn’t stay a wall. It wrapped around me and floated me into Papa’s arms.

Oh no, it wasn’t nap time. I struggled, but Papa hugged me tight against his muscular chest, and I had no hope of escaping unless Uncle Miren intervened. “But the dragon will escape if you don’t help.”

I sent my uncle a pleading look. “She did something to herself, so she’s little and not very dangerous at all. But she’s not very good at singing either. She just repeats the same thing: what do you do with a drunken dragon?”

“A what? Start from the beginning,” Papa said.

I couldn’t see his face, but he sounded like he was on the verge of giving in to our request for magical aid, so I told him all about finding the miniature dragon singing and dancing in a container of plant-based butter while the fridge died around it.

Clearly, she’d done something to the thingamajig that makes the cold air, but I didn’t know much about technical things or how she might have broken it. She was the Newsletter-Dragon, after all, and as her name implied, she was made of code, not the stuff dragons were normally made of.

My uncle sighed and crossed to us. “Ran’s right about the dragon, and she’ll cause more damage if she’s not stopped.” Unless Miren looked directly at me, and the full horror of that hit me.

That dragon was always angling for more page time. We’d spent countless words in her on this newsletter because she won’t stay out of trouble. What would happen if she got into our Scribe’s computer?

Would that dragon write herself into our books? Would we still exist if she did? Or would her tampering change us?

We only existed when someone read our books, or our Scribe worked on them. We’d been more real lately because our Scribe was working on two new books for us. That dragon might be altering them right now.

I had to get Papa moving. We had to protect those books. I never should have left that dragon alone in Melinda’s apartment. And she wasn’t even there right now because she had to go get a new fridge and recycle the old one.

Find out next week. Until then, stay safe, stay well and read a good book. This is Ran, from the Curse Breaker series, signing off. 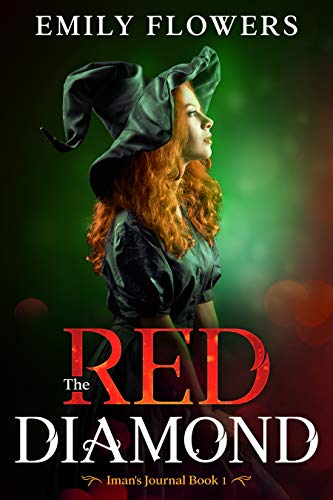 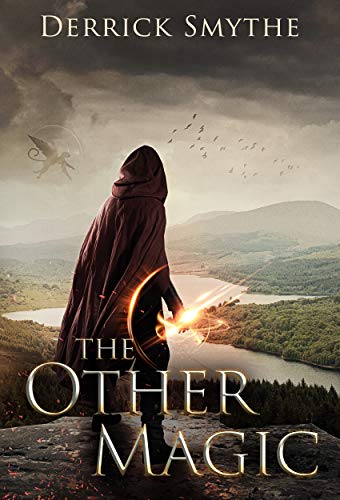