Spell of Shadow & Light publishes today! Grab your copy. In celebration, we bring you an uninterrupted preview of the fun story inside.

Nulthir dropped into a crouch and scanned the floor for holes or cracks large enough for Furball to get through, but he didn’t see any. He crouch-walked halfway to the next cavern before finding a crack in the stone wall, and there was Furball hopping up and down in excitement.

“How the hell did you get down here? That crack’s too small for even you to crawl through.” Nulthir let go of the dawn rune, so he could run his hands through his hair, and his pendant dropped back into place over his heart. It still glowed a soft blue.

Furball just neeped unhelpfully. There was no way Furball could have gotten this deep into the prison without running into trouble unless the little kit had used magic, but that was impossible.

Nulthir put that scary thought out of mind. He removed his gauntlet and tucked it into his utility belt. Then he carefully scooped up the noisy little fuzzball and checked him over for any signs of injury. “Well, however you got here didn’t hurt you in any way I can see. You are okay, right? Nothing hurts?”

Furball shook his whole body. Nulthir took that as a no, and the little furry ball hopped up and down on his palm. His tiny hands and feet tickled Nulthir’s palm as he tried not to drop the squirming OwlCat, but Furball’s rotund body and excessive amount of fur made it hard to get a good grip on him. “Okay, okay, I’m excited to see you too. Quit squirming around. I don’t want to drop you.”

Furball was a handful, but an adorable one that nuzzled his hand. He looked like his name implied—a ball of fur with owlish eyes and cat ears. But most of that girth was soft fur that stood perpetually on end, as if the little critter had been struck by lightning. Furball hadn’t been. That was just how he looked. Somewhere under all that fur, Furball had a set of stubby wings. Nulthir felt them brush against his palm as his passenger shifted positions, but they were well-hidden by Furball’s rather impressive amount of fur.

Nulthir raised his hand until he could look Furball in the eyes. He needed a truthful answer to one very important question. “Does my friend, Thing, know where you are?”

For that matter, did any of Thing’s extended family know? Because that was a disaster waiting to happen. Thankfully, he’d found the little kit before anyone else had. Nulthir shuddered at the thought of what could have happened if he hadn’t. “Well, does he?” Nulthir pressed.

“I’ll take that as a no.” Nulthir suppressed a groan. That wasn’t good. Thing or one of his kids would notice they were a child short and come looking for Furball. Would they know to come here? And what the hell could Nulthir do if they did?

Possessing magic or magical creatures was an offense punishable by death. If any of the other Guards saw Furball or his relatives when they eventually showed up, Nulthir would be a dead man, and Furball and his family would be hunted down and killed too. Worst of all, there was nothing Nulthir could do to stop any of that from happening because the Guards were short-handed tonight, thanks to a recent food riot.

“I won’t let anyone hurt you.” Nulthir held Furball close to his heart, and the little fella purred softly. Aww.

“Why are you here?” Nulthir regarded the tiny OwlCat in his hands, but Furball just neeped again, which wasn’t helpful. The kit hadn’t mastered mind-talking like his grandparents yet. “What am I going to do with you? I can’t leave to take you home, not until I finish my rounds and maybe not even then. Nor can you stay. It’s too dangerous for you.” Nulthir ran his free hand through his damp hair.

“Neep?” Furball asked, but the kit used those neeps to communicate a wide variety of things, none of which Nulthir could translate without help from Furball’s relatives. But they weren’t here right now. He’d have to find a way to keep Furball safe until he could return the little critter to his flat. That shouldn’t be too hard if all the inmates stayed in their cells. But that was a big if. The persistent dampness down here was hell on locks.

Furball opened his little beak and yawned as he wrapped his prehensile tail around Nulthir’s thumb. Like his progenitors, Furball was an amalgamation of raptor, monkey, cat and only Fate knew what else, and he was so adorable when he pricked his little cat ears up like that.

Nulthir stroked the critter’s soft fur. “What do you hear?” Nothing that could be communicated solely through neeps. Nulthir listened but loud snoring and the occasional grunts and snorts drowned out any other sound now that Furball had quieted.

Furball’s left ear twitched then he tried to crawl up Nulthir’s sleeve, but it was cinched tight against his forearm by a leather vambrace with metal splints. Furball just cowered there, shaking and making soft clucking sounds that wrenched his heart.

“What’s wrong?” Nulthir ran his free hand down the little fella’s back, but that didn’t soothe him. “What frightened you? There’s no one here but you and me.” No sooner had the words left his mouth then Nulthir heard footsteps coming this way. Uh-oh. “I need you to stay out of sight and be quiet. Can you do that for me?” Nulthir whispered in a vain attempt to keep this conversation from carrying at least until the snoring started up again.

Furball’s whole body bobbed in a grateful yes. Good. Nulthir scanned his person for somewhere safe to hide Furball. Hmm, not his utility belt. Its pockets had no room for anything else because they were already stuffed with the tools of his two trades and his gauntlets. Damn it! Those footsteps were getting louder and nearer.

His uniform tunic had a pocket. Nulthir eyed it speculatively. Furball was small. Was he small enough to ride inside it? Maybe. At least half of Furball’s girth was fur. Nulthir felt the little creature’s heart racing against his palm. “It’s okay. I’ve got you,” he whispered, wondering what had happened to the snoring. Why hadn’t it started up again?

A warning prickled his spine. The runes tattooed there started to tingle. Hmm, that wasn’t good. Something must be magically awry. He’d better get Furball out of sight fast. “Okay, we’re going to try something. I need you to be quiet. Signal me if you’re uncomfortable. Got that?” Nulthir cringed when his whispered words echoed, but they quickly died out, leaving an eerie silence behind. Something was up tonight, and it was his job to find out what. Fantastic.

Furball’s fur parted. A small black hand protruded from it and extended his thumb. Was that a thumbs-up? Furball rocked the upper part of his rotund body forward in a kind of nod. Alrighty then.

Nulthir slid Furball into his breast pocket, and his little passenger peered over the top of it. Furball seemed to be comfortable enough.

“I need you to scrunch down as far as you can and be quiet.” Nulthir grabbed the dawn rune pendant he always wore and dropped it under his tunic, hiding its magic-fueled light. There was only a small chance someone would see it and recognize it for what it was, but it was better not to take that chance.

Furball nodded and sank deeper into his pocket until only the tips of his pointy ears were visible. That would have to do because they were out of time. In the low lighting, the creature might go unnoticed. Prison was no place for a baby, even one with claws. Hmm, maybe he’d better cast some protection on the kit.

To be continued on Friday as we part of our special launch week presentation. Get your copy of Spell of Shadow & Light now.

Nulthir thought he’d escaped his dark past. But you can’t escape destiny when it’s written on your skin. How can his mind-talking creature friends save him from the dark magic that’s changing him into a pawn of an even darker lord?

Find out in Spell of Shadow & Light. 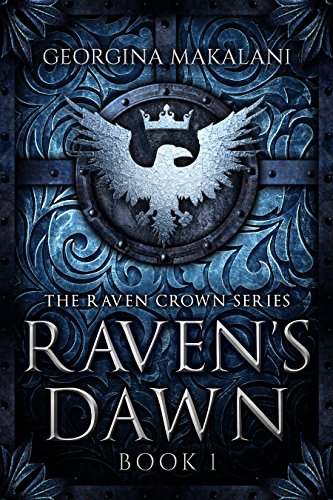