We’ve been busy characters since you last saw us. What have we been up to?

A lot. That snake incident morphed into something no one expected. I’ll get to that in a moment. I need to wrap my mind around the latest developments. While I get that story straight, let’s catch up on some book news.

We uploaded all 38 chapters from His Angelic Keeper Fallen to Kindle Vella! According to Amazon, their new Kindle Vella platform is launching in mid to late July. We’ll let you know when it’s available.

A month after all the episodes publish on Kindle Vella, we’ll publish it as an ebook as per the changes to Kindle Vella’s terms. We’re so excited that they’re allowing Kindle Vella stories to be republished as ebooks. Watch this newsletter for details.

(We missed our editing window for LoTS because our Scribe had a hard time revising this story. It was the last story her sister read before her sudden death in 2014. But we have another one.)

Mage Hunter is still in the queue, but it’s waiting for the issues with the cover designer to get sorted out. Since he disappeared, we may have to recover the book with a new designer. 😦 We’re already doing that with the Robin of Larkspur series because the original designer is booked far into 2022.

We just found a new designer yesterday for Robin’s books, and our Scribe started working out the details her. If that goes well, then that designer may take over and do the Divergent Heroes series covers. More on that as the situation develops. But we’re cautiously optimistic.

The designer who has done the Curse Breaker series and the His Angelic Keeper series is not available right now due to life events, but the good kind. So we’re watching that situation too. We had planned for her to the covers for Robin’s books.

Who knew there was so much drama surrounding the creation of books. Speaking of drama, let’s get back to that snake in the laundry room incident. I promised you a surprise twist to that story, and it’s time to deliver it. Then, maybe you can tell me how to handle it because I’m stumped.

Last week, I ended the newsletter just as Papa and I left the room to deal with that snake. I return you to the hallway with white tiles and cinderblock walls. Papa strode through this ugliness like a man on a mission. His green cloak flared out behind him, and I tried not to get caught in its folds. I’m little with short legs, and Papa is taller than everyone I’ve ever met.

It should come as no surprise that he reached the snake first. I made like my nickname and ran after him. I skidded to a stop as the snake opened is mouth and words tumbled out. I don’t know how the snake could understand our language and speak it, but he did.

“I appreciate you speeding to meet me, but I’m not harming anyone by clinging to the wall. So if it’s all the same to you, I’ll just lie here and cool off,” the snake said with barely a hiss despite his long forked tongue.

“But you’re scaring the good people of this apartment building,” I said as Papa shoved me behind him. His cloak swirled around me, but I pushed it aside and peeked around his long legs.

Papa rested a big hand on my head to keep me from going anywhere he didn’t approve of. “Why are you here? Aside from it being cooler than outside. There’s plenty of places in the woods around the building that would be cooler and less dangerous.”

That was practically a speech. Papa didn’t usually string that many words together when a few would do. I guess there was no way to say that succinctly.

“Maybe staying cool isn’t my only objective.” The snake stuck his forked tongue out to taste the air, then retracted it.

“What’s your objective?” I asked before Papa could. I’m fast with the words. I can speak whole paragraphs in the time it takes Papa to think of a response. This makes me the perfect sidekick.

“Maybe someone gave me a message for you. Maybe I’m here for a different reason. Who can say?” The snake opened his mouth wide, then snapped it closed.

Did snakes yawn? Because that’s what it looked like he’d done. But that would mean we were boring him. Papa and I were many things, but we weren’t boring.

“What’s the message? You’d better tell us before Papa blasts you into a thousand pieces.” I imitated what I thought an explosion would look like to give the snake an idea of who he was messing with.

Papa glanced down at me, and his magic extended a tiny green hand made of green light from his glowing eyes so it could shake it at me. What had I said to upset it? His magic was so touchy sometimes.

“What my son means is—” Papa started to say, but I cut him off.

“You don’t want to upset his magic. It likes to blast things.” I folded my arms then had to unfold them so I could push Papa’s cloak away. His magic had grabbed its edge and tried to cover my mouth with it. “Papa, your magic is misbehaving. Tell it to leave me alone.”

“Sorry.” Papa glared at his cloak, and it dropped back into a shapeless mass hanging off his shoulders. His cloak was infused with his magic since he never took it off, so I didn’t hold its antics against him. He tries to keep his magic in check, but sometimes, his magic controls him.

I had a plan to deal with that, and if you read Curse Breaker Hidden, then you know what I’m thinking. You’re probably thinking it too. Papa might even be thinking it. I squinted up at him, but I couldn’t tell. Papa holds his thoughts close to his chest, and now wasn’t the time to inquire.

I glanced at the snake, but he was shaking with laughter! My mouth dropped open in shock. I didn’t know snakes could laugh.

“Do it again,” the snake said in between snickers. “That bit with the cloak was brilliant! You should see your faces.”

I put my stern face on and folded my arms. I wasn’t amused, but I was also out of ideas. How could we get that snake to tell us why he was really here?

We’ll find out next time. If you have any advice, hit reply and tell us. If you’re in the US, we hope you had a happy holiday yesterday full of barbecues and fireworks. Our Scribe spent the day with her parents while we unsuccessfully dealt with the snake.

We’ll be back next week for more!

But if you need more magical mayhem in your life, we have lots of books to keep you company in between issues. View them all here. 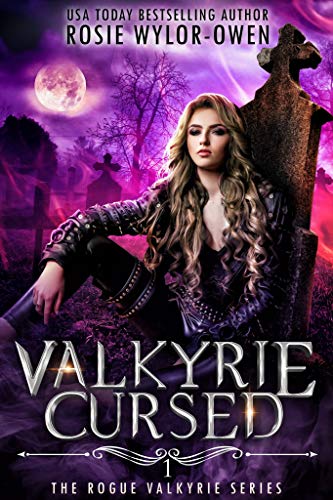 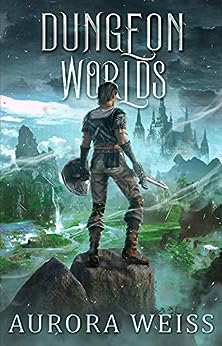