We hope your week wasn’t as dramatic as ours was. Not only did we have a snake in the building (I’ll get back to that in a moment), but the weather people issued a tornado warning for the area when where our Scribe lives!

Thankfully, I had her phone. I was researching how to safely remove that snake, so I saw the warning, and it made my hair stand on end. But that didn’t stop me from taking action.

We can’t risk the scribe.

Since Melinda’s apartment building doesn’t have a basement, I did the next best thing. Everyone else watched me run around gathering blankets and pillows, and I did get a strange look when I asked Papa to use his magic to rearrange the furniture in the apartment to block the window since we couldn’t board it up on such short notice.

(Papa is the hero of the Curse Breaker series. I’m his son and sidekick, Ran.)

While he worked on that, I set up a pillow fort and lured my scribe into it. I handed Melinda her tablet and told her to write until it’s safe to come out.

Papa decided not to move the furniture and instead, he just cast a shield over the windows. Problem solved, right?

Well, not exactly, but I have to pause my tale here for a moment and deliver some book news. There have been some exciting developments with Kindle Vella that will have you cheering.

What are those developments?

Amazon will allow authors to publish their completed serials as ebooks 30 days after the last episode goes up on Kindle Vella! And the stories can stay published on Kindle Vella (where people can buy an episode at a time to enjoy) and as an ebook (for all the binge readers out there like our Scribe).

Isn’t that awesome? We think so, but we’re fictional characters that live in a fantasy world. So anything to do with books excites us.

Do you know what else this means?

We can put up parts of books our Scribe is working on as she’s writing them, then wait a month after the last episode publishes on Kindle Vella to publish them as ebooks!

Our scribe hasn’t realized our devious plan yet, but you now have an inkling of where we’re thinking of going with this. Our goal is always to maximize our page time and minimize the time in between idea and book in your hands.

We’ve done a great job of that in 2021. We published 3 books already and a fourth is almost ready to go.

And now back to our tornadic scare…

Thunder cracked and lightning must have struck somewhere, but I couldn’t see it from the blanket fort. I kept my Scribe company in there and on task.

Papa didn’t need me to supervise his shielding. Besides, the fort looked comfy, and I’d earned some protection too.

Melinda’s phone has this nifty app with something called radar that keys you view the weather in the future. So we did that, but I might have covered the notification that cancelled the tornado warning.

The scribe was on a roll story-wise. I didn’t want to interrupt that. I might have quietly slipped out of the blanket fort during a lull in the storm to enlist some help in dealing with that snake in the laundry room.

Unfortunately, Papa doesn’t understand hand signals, so all my pointing and suggestive looks at the door just confused him.

Thankfully, I had taken a picture of the snake with Melinda’s phone, which I happened to still have in my hand. I pulled up the picture and pointed until Papa looked at it.

He still didn’t see the danger until I motioned for him to crouch, so I could whisper my plan in his good ear. I could have just said it aloud, but then my Scribe would know, and I wanted to keep this a secret until I could present the conclusion to her and collect my reward (more scenes–what else would I ask for?)

My visions of a grateful scribe bestowing extra books on me came to a screeching halt when Papa said, “you want me to do what?”

“I want you to use your magic to pick up the snake and carry it outside.” That should be easy for his magic to do.

But Papa shook his head. “My magic likes rocks, not snakes. We’ll have to move it some other way.”

Oh. I had forgotten how picky his earth magic could be. I tried to think of an alternative, but nothing came to mind. Well, I had Melinda’s phone in my hand. Maybe Google had a suggestion. “Could you grab the snake like this?” I brought up an image of a man holding a snake behind its head.

“I don’t know. Show me the snake.” Papa rose and pulled open the door to the hallway.

I padded after him. We had no idea what we were walking into.

Stay cool this week if you’re in the Northern hemisphere and please be safe. We’ll be back next week with more about the snake situation and our next book release. His Angelic Keeper Fallen is in the final stages of editing/review and the first 10-15 episodes of The Lord of the Sea, (our Kindle Vella serial), should be heading to the editor on July 5.

This is Ran, signing off, so I can get back to that snake. I left Papa alone with it while I wrote this note to you. I need to go and make sure he’s on task. 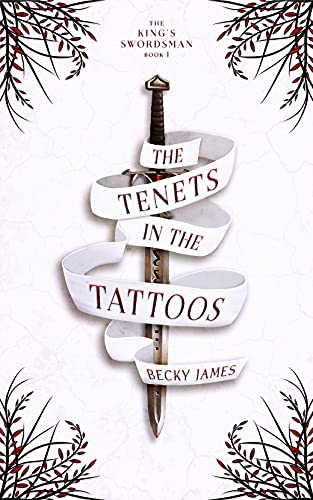 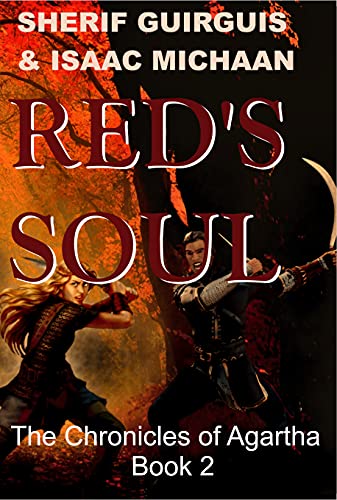