How are you doing?

This is Ran, the son of Sarn, the Curse Breaker. He’s the hero of the book our Scribe is currently writing, and I need to apologize.

I was so excited to show you the final cover for His Angelic Keeper Tempted last week, but I forgot to double check that everything else in that the email was correct.

So I sent a correction, but I still messed something up. 😦

I might have enjoyed the whole sneaking around, grabbing the cover, and sending it part of my plan a little too much.

In my enthusiasm, I forgot one thing.

Every email we send goes directly to our Scribe’s inbox, so she saw everything, and she wasn’t happy.

So long story short, I need to run all future emails by the Scribe until I regained her trust. Then, I can send things on my own.

And as you can imagine, the Newsletter-Dragon is laughing up a storm at my error. But she’s a dragon, so as long as she’s not breathing fire on me or burning things, it’s okay; I can take it.

Papa doesn’t know about the latest kerfuffle, so please don’t tell him if you happen to be wandering around our mountain home this week while reading our books. Just wave and smile as you pass on by.

So if you haven’t read Hidden, please read it soon, so I don’t spoil things for you. Okay, shameless plug over. 🙂

I promised we’d do something special this week, so let’s get to it!

Back when His Angelic Keeper Fallen came out, it was in this thing called Kindle Vella, which put the book in this strange limbo state. We couldn’t preview it in here as we usually do, and that just was weird.

Then it came out of Kindle Vella, but it was too late because Rogue Spells was coming out, and we had to preview that instead. Since I control the newsletter, and I’m also the main character in Rogue Spells, I hijacked our newsletter for a while. I’m not sorry about that.

But we finished our special presentation of Rogue Spells last week, and now it’s my pleasure to present to you, the first installment of His Angelic Keeper Fallen.

Yes, I know it’s already out, but as I said before, we didn’t get to do this then, so we’re doing it now. It’ll make a good segue into the sequel in a few weeks which we’re also excited about. So here we go!

Cold water struck Sovvan hard, waking her. She only caught a glimpse of the pool before strong arms yanked her under. But she didn’t see the gateway tunnel, the Memory Grove, Fay in dragon form, or anything that should be there. What had happened to Fay and the gateway?

Sovvan vaguely recalled something hitting her back, then falling and nothing but blackness. A lot must have happened in between then and now, but she had no way to find out what until she met up with Fay again. I hope she’s all right.

Fortunately, she’d grabbed a breath first. The ghost part of her didn’t need to breathe, but another part of her craved air, and that part was in control now. One phrase repeated in her head as panic beat in her chest like a trapped bird. The same phrase she’d shouted when the Adversary had tricked her into helping him crossover to this world through a pool like this one. Miserere nobis!

Light blossomed above as time dilated. A white-glowing dove landed on shore, and the dove was so radiant, its light shined on her where she floated, frozen by forces beyond her ken.

Do you reject the Adversary, all his works, and empty promises? the dove asked.

How was he talking in her head? Birds didn’t do that, but this bird was special, and not just because he glowed. He radiated so much power; he must be a player in this game of good and evil that she’d somehow become tangled up in.

Well, do you reject him? The dove stared at her while he waited for an answer.

Of course I do. He’s the enemy of all that’s good. The Adversary was also after her twin. That made him her enemy too. Sovvan no longer felt like she’d burst if she didn’t get some air. She couldn’t move anyway, but neither could the water. Like her ex-guardian angel, it was frozen.

Only the dove moved as he spoke. Do you believe in the God you just asked for mercy, the creator of all that is, and was, and ever will be?

Why was he asking all these questions? His glowing eyes demanded an answer.

Yes. Sovvan didn’t know when she’d begun to believe in God, but she did. Misriah, her twin’s hidebound guardian angel, probably had something to do with it or Fay, the ex-goddess of Fate. The two women were quite devoted to Him.

Do you believe in His only son, our Lord, who died to secure the salvation of all? The dove stared at her as if he could see through her.

He has a son? For some reason, an image of J.C. holding a huge cross popped into Sovvan’s mind. Was he the son of God? Misriah had said something about that, but she couldn’t recall the details. I probably didn’t pay attention. That angel used to lecture me every chance she got.

Sovvan didn’t need the dove to confirm J.C.’s identity; her heart did. That traitorous organ had known the truth when she’d met him. Only now did it reveal that yes, J.C. was the son of the God who made her strange existence possible. Maybe her heart had listened to Misriah.

I believe in him, and I believe in you too. You’re part of them, the Father, the Son, and… Sovvan trailed off at a loss for words again. Who was this dove? He must be someone holy.

I’m the Holy Spirit. He bowed his head. Through the power of God, you are remade in water and spirit. May grace guide you and keep you free and faithful all the days you serve the Lord, your God, who art in heaven, hallowed be thy name.

The Holy Spirit vanished as time resumed, and the current yanked her down. That strange interrogation hadn’t included a rescue. What happened to all that ‘may grace guide you and keep you free’ stuff? I’m not free. Nor could she struggle with Malachiah pulling her down. Her ex-guardian angel wasn’t frozen anymore. Neither was the water. Where am I? voices called to Sovvan as she sank deeper into the dark water, but she couldn’t understand them.

We’ll be back with more on Thursday since it’s a holiday in the US, and we take every opportunity to entertain you. 🙂 Until then, stay safe on your adventures through this complicated thing we call life. 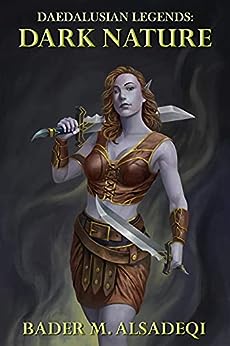 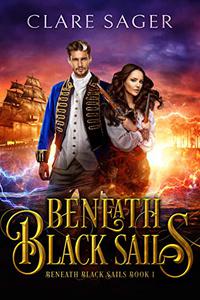 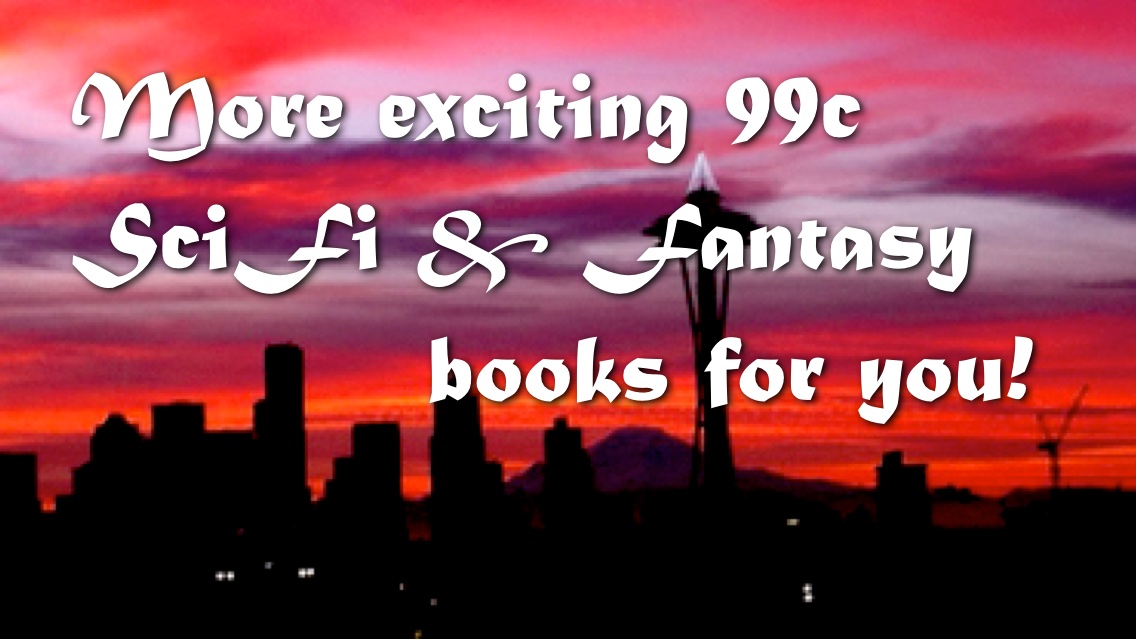 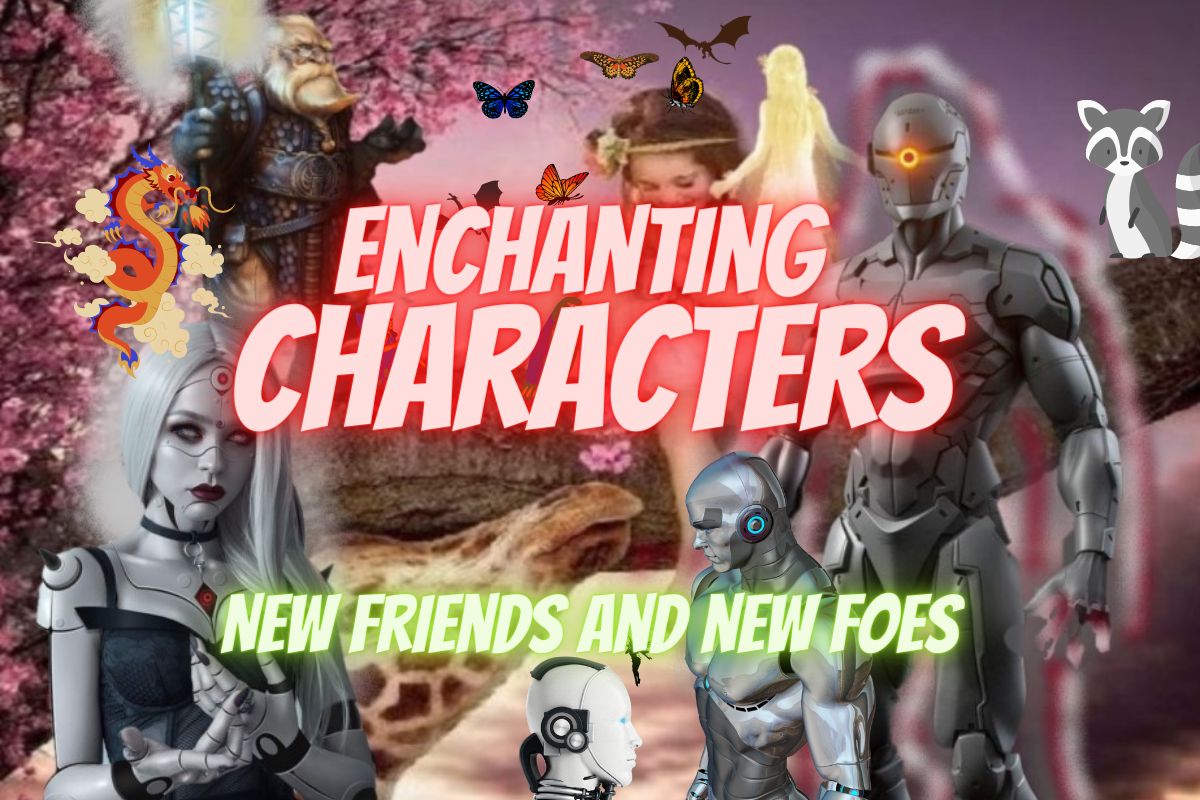