We wanted to stop by and wish you a happy New Year from the cast and our Scribe, Melinda.

May your year be full of fun reads and cheer, and may all your favorite characters be near.

(If our card is too small in your inbox, you can click it to view it on our website. It features a test of some new art for Robin since she is returning this coming year with all-new stories.)

We wanted to send our best wishes out before you head out to celebrate, and today is the day! His Angelic Keeper Tempted published today!

The wait is over. You can finally find out what happens. Will Malachiah win? Or will someone give my poor aunt a clue?

This is Ran, Sarn’s son from the Curse Breaker series, and I have many scenes in Tempted. I do my best to help Sovvan, and you can find out right now if I succeed.

I almost forgot to mention that His Angelic Keeper is free today in all stores for everyone.

And now, to celebrate the launch of His Angelic Keeper Tempted, I return you to our preview for your entertainment while you’re waiting for the New Years’ eve festivities to begin. Or maybe they have already begun depending on where you are. In that case, a light-hearted epic fantasy adventure is just what you need, and Tempted is all that and more.

“Who is she and why is she falling?” The boy waved at Sovvan.

The woman with him (his mother, maybe?) shook her head. Her divided skirt flared as she strode down the mountain. “I don’t know.”

“You can’t escape us. We have our orders, and we’ll carry them out.” Tall and glowing seized her arm. But he and his companion were both invisible, which made fighting them harder than it needed to be.

But Sovvan tried to deck him, anyway. Her fist stopped halfway between her body and what she hoped was his face when his angel friend grabbed her other wrist. The two angels flew upward, taking her with them. The fight probably looked ridiculous from the ground since her two captors were still invisible.

“Thanks for the save, but could you put me down? You don’t need to fly me. I can walk quite fine on my own. Thank you very much.” Sovvan struggled, but her attempt was half-hearted. She didn’t want to crash land.

One angel put his arm around her waist instead of dragging her around by her arm, but the other angel had no such qualms. Maybe he regularly manhandled allies. Who knew? They needed something to do since they considered everything interference.

“Don’t hurt her. It wouldn’t hurt you to carry her properly, Ziah,” said a female angel.

“Who are you?” the boy asked at the same time.

“Who said that?” Sovvan glanced around for another angel because the boy who’d just spoken must have a guardian angel nearby. But that angel must be invisible too.

“I did.” The boy waved as another angel appeared behind him, but she just looked on from the trail. She must be the child’s guardian angel. She wasn’t a warrior angel, but Sovvan’s captors weren’t either.

The female angel wore white robes like Isaiah and Illuriel. Sovvan wondered if the angel was a mage like Miren’s guardian angel. Her stance indicated she was. Or maybe it was her spiky blonde hair and the staff strapped to her back. The angel shook her head when Sovvan opened her mouth to ask if she had any clout with the two fools dragging her away.

She probably didn’t since they’d had no reaction to her comment. They might not care what that angel thought of them. Well, there was a woman down there that Sovvan could talk to, so she might as well take advantage of that. Maybe she could find out why there were three angels and only two mortals.

“Well, hello there. I’m Sovvan. These must be your guardian angels who came to my aid. Could you ask them to put me down? My legs work fine.” Sovvan flexed her slippered feet. Thankfully, her long white dress had defied gravity and covered her from neck to ankle despite the wind that tried to pull it away from her. Hopefully, no one could see anything under it.

Sovvan couldn’t remember whether the angel who’d loaned her this dress had provided any undergarments, or if she’d bothered to put them on. Many things had happened since then that were more important. That was something she should sort out after she saved her family and sent the Adversary packing. She needed a new dress, anyway. This one was more gray than white now.

“What are you talking about?” the boy’s mother shoved something into her pocket.

“Well, I’ve got good news and bad news. Which do you want first?” A woman in Rangers’ greens rounded a huge boulder and stopped. She held a rope in her hands, and two ponies followed her. “Oh, it’s you again.”

“Have we met?” Sovvan studied her, but the Ranger wasn’t familiar. “Because I don’t remember you, but my memory has some holes in it.”

“We didn’t meet, not officially anyway, but I saw you before when that insect guy held you captive.”

“That’s the girl you were telling me about?” The other woman pointed at Sovvan.

“Yes, unless there’s more than one of you?” The Ranger fiddled with the ropes in her hands.

Sovvan shook her head. “No, there’s only one of me, but I have two brothers. Have you seen either of them? One is tall with glowing green eyes, and the other is… Well, Miren is just adorable, not a brooder like my twin.”

“You’re Sarn’s sister?” The boy’s mother leaned against the boulder in shock.

“Yes! Have you seen either one of my brothers? I’ve been trying to help them, but everybody keeps sending me away, and it’s really annoying.” Sovvan glanced at her invisible captors as they rose higher into the sky. “Let go of me!” She struggled but to no avail.

“Should we help her?” The boy’s mother pushed off the boulder she leaned against, but there was nothing she could do.

Still, the offer touched Sovvan. Why couldn’t the angels she met be this helpful?

The Ranger laid a hand on her arm to stop the other woman. “No, I have it on good authority that she doesn’t need any help.”

“And whose authority might that be?” the woman asked.

“Just an entity who has some insight into this sort of thing. He spied on the Adversary for us. That was the only way we could see what that creep was doing.” The Ranger shifted her weight from foot to foot. Behind her, two mountain ponies chomped on the grass, oblivious to their conversation.

“You mean the Marksman, don’t you?” The boy’s mother nodded. “I already know about the whole Chooser of the Slain/ Death’s Marksman thing. My husband isn’t as good at hiding things from me as he thinks he is.” She folded her arms.

“He talks in his sleep, huh?” The Ranger tossed her braid over her shoulder.

The two women dwindled from sight. Damn. I wanted to hear the rest of that conversation. Who was this Marksman, and what did he have to do with the Angel of Death? Why did he think she didn’t need any protection? Sovvan sighed. She kept missing all the interesting things.

The sky blackened, and the stars disappeared as they passed through an invisible shield. Was it the rainbow one she’d seen twice when she used the Drop of Eternity? Probably.

“Are you taking me to the Gray Between?” But that couldn’t be their destination because the archangels weren’t there. Sovvan would have seen them if they were.

“Yes, how did you guess?” Ziah asked.

So he was talking to her now. Too bad she couldn’t see his face. “It wasn’t hard to guess since everyone sends me there, anyway. But that’s not what the Angel of Mount Eredren said. He told you to take me to the archangels, not to the Gray Between.” Hadn’t they paid attention to his instructions?

“Well, he’s not here. We can’t leave our mortals long enough to take you where he wanted you to go.” Ziah flew faster.

“But we can give you to someone who can take you the rest of the way.” The wiry angel tightened his grip on her waist.

Uh-oh. Sovvan had a bad feeling about who that someone else was. It was probably a Memory-Eater. But they’d just throw her at the Agents of Chaos again, which wouldn’t help anyone. Those creatures weren’t the ones trying to destroy the world right now. The Adversary was. She could deal with those clockwork insects later. They couldn’t leave the Gray Between, anyway.

Sovvan punched and kicked anything and everything within reach. She had to stop these two angels from taking her to the Gray Between. She’d lose valuable time to get back to the Mortal World from there. “Let go of me! I’ll go back to the Gray Between when I’m ready. I have people to save, things to do, and the Adversary to stop. He’s as much your enemy as he is mine. You should help me, not take me somewhere I don’t want to go.” Sovvan struggled against the two angels holding her captive.

“Need some help?” Ragnes flew toward them. His black bat wings were a blur behind him, and she must have imagined the smile creasing his face because he didn’t have features anymore, not since the Adversary had remade him into a creature that was more liquid than solid. But he was a welcome sight.

“Yes, I could, if you’re so minded. These two aren’t listening. I’m trying to warn them about the Adversary. They should kick his butt and leave me alone. I’m not harming anyone. I’m helping.” Sovvan wriggled, but they didn’t let go of her. Not even when her elbow collided with one of their invisible chins.

“You’re not supposed to be here.” Ziah wrenched her arm behind her back.

“How is that my fault? I didn’t make the rules.” Sovvan yanked her arm this way and that, but she froze when she heard her nephew call her name.

White light devoured Sovvan, and the sky disappeared behind a cloud of glittering motes. I’m coming, honey. You just hold on. Your auntie is on the way.

And please have a happy and safe New Year! 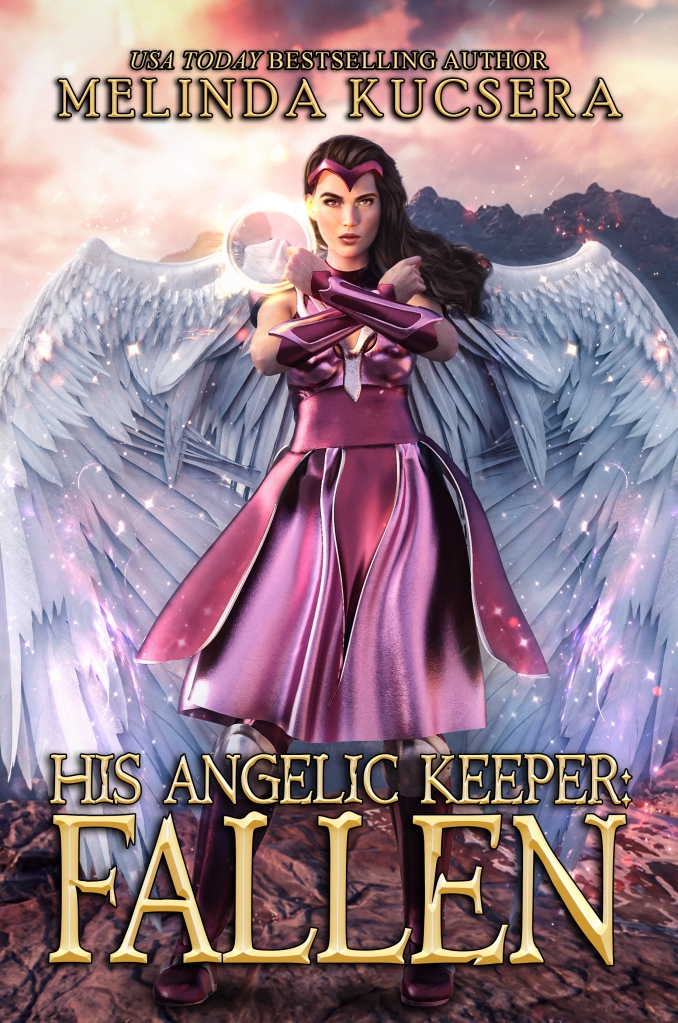 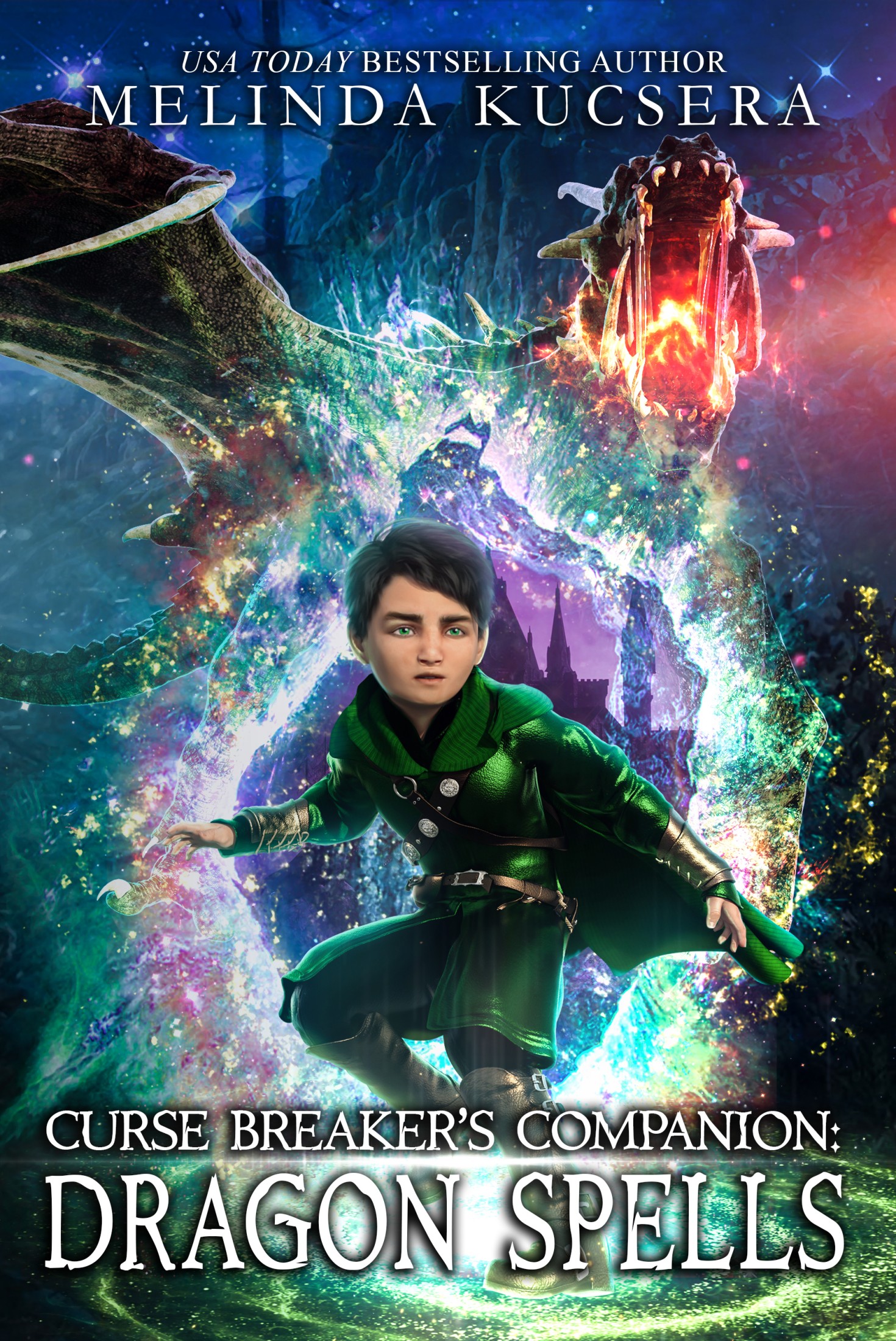 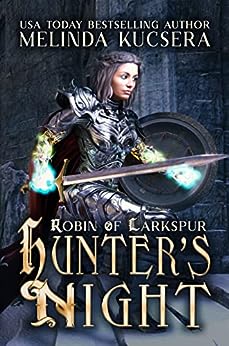 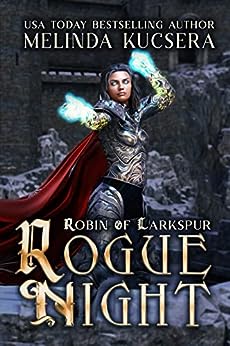 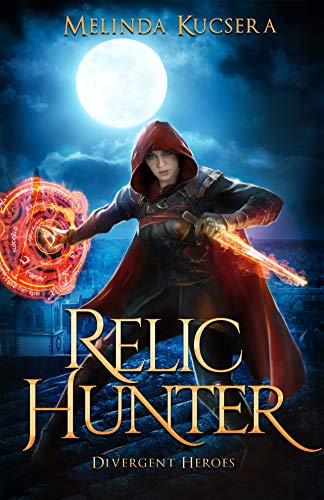