We hope you’re doing well despite everything that is going on in the world and feeling well too.

It’s been a busy week here in fantasy land, and to my extreme displeasure, I need to praise that dragon because she did something good.

But first, introductions. Who am I?

I am Ran, the son, and sidekick of the hero of the Curse Breaker books, my Papa, aka Sarn. And dragon is *the* dragon who chases me in Dragon Spells. (That adventure is now available in all stores and so is it’s sequel.)

That dragon also guards our email list and protects it from invaders and curious characters, and she also delivered this email to you.

What did she do that was good?

I can’t believe this all came about because of her, but it’s also kind of exciting. I just wish we had some warning. But we never get any with her around.

Okay, enough hemming and hawing. I’ll just come out with it.

She applied for something called a BookBub featured deal.

And I can’t believe this actually happened, but…

The editors at BookBub chose Curse Breaker Books 1-3 for a 99 cent International BookBub feature for Jan. 31, the day Curse Breaker Fallout comes out.

That dragon accepted the feature on behalf of our Scribe, Melinda, and went ahead and changed all the prices everywhere just to make sure the price change went through. Amazon would not let us make our previous boxed set that price, and that was one reason we changed our boxed sets to contain trilogies only.

So Curse Breaker Books 1-3 is 0.99 USD or CAD or AUD or NZ depending on your country in all stores from today until the BookBub featured deal ends sometime next week.

Now that dragon’s standing next to the PC waiting for a thank you.

I don’t know if can thank her. She’s caused so much drama over the years.

But various characters have applied for BookBub featured deals in the past, and their books weren’t selected, so…

I might have to pull up my big character pants and thank her.

But it does star me and my hero, hence my dilemma.

Do I thank her?

Well, not Papa because he still doesn’t know there are now twenty books that feature him.

Please don’t tell him! The fate of our future adventures depends on it.

(If you read, Curse Breaker Hidden, then you know Papa finally agreed to those future adventures, and I don’t want to lose them!)

And now since we always have a story in every email, I guess we need to bring you a preview of Curse Breaker Books 1-3.

But we’ve already previewed them when the individual books were published, so I grabbed a scene that foreshadows something that happens in Curse Breaker Fallout.

(Excerpted from the middle of Curse Breaker Enchanted)

Sarn woke to dragons. They stretched their wings on one panel and torched a turret on a wall hanging. In still another, a dragon rose out of a lake, trailing watery wings. On a nearby bookcase, dragon sculptures pranced, lazed, and stood claws ready to rend. Paintings, murals, and tapestries competed for space on the walls. Statues fought with furniture for floor space. Every single one of them captured dragons in full color and splendor.

Sarn levered himself up from the divan. Dragons cavorted on the carpeting and upholstered the chairs. Only one person loved dragons that much, Jerlo. Great, I’m in the commander’s lair at his mercy. Sarn buried his face in his hands. I have no luck.

A door opened, and Jerlo made deliberate noises as he approached. Some Rangers claimed thoughts of the commander summoned him. Other rumors claimed the commander employed a legion of spies who had secret methods of signaling him.

However, neither was the case here. The commander must have heard the divan creek when Sarn had shifted his weight on it. Likely the lacquered door Jerlo had entered led to his office.

The clink of glassware tempted Sarn to lower his hands. Thirst burned in his throat. A glass of water ringed the head of a dragon battling a tentacular creature on a nearby table. To avoid talking, Sarn guzzled the water, and it soothed his dry throat.

“Now tell me everything you’ve done since the last time I saw you.” Jerlo took the wingback chair across from Sarn. It also bore dragons picked out in gold and orange. Jerlo’s collection of dragon-themed stuff just managed not to clash with itself. Arranging items with complementary colors near each other had helped.

Where should he start? Would the commander believe any of it? I wouldn’t, and I lived it. Sarn set the glass down. He wanted more water, but he refused to ask for it. How can I possibly explain what happened out there when so much of it is inexplicable?

“Tell me everything. Leave out nothing.” Jerlo leaned back, and the chair swallowed him. But the commander’s personality loomed large, overshadowing Sarn.

Sarn pushed to his feet, needing the height advantage nature had given him. But Jerlo’s presence expanded until it filled the room, dwarfing him even more than before. Sarn sat. After all that running, he had no energy to pace.

“Talk.” Shadows veiled Jerlo’s face. He’d chosen a chair outside the glow of Sarn’s eyes on purpose. The commander gave nothing away.

“You know what happened.”

“Talk, and you can go. Refuse, and we can spend all night here.”

“It’s night already? How long was I out?”

“Not long enough, but by the looks of you, you’ll remedy that soon if you talk.”

“You made the same claim three years ago.” Sarn shoved a hand through his hair. His head still felt light, but not as if it might float off his shoulders. Maybe I need to eat something. He pressed his bony elbows into his thighs again and leaned his forehead against his wrists.

Somewhere deep inside him, a child raged against the bars of his silence. Why did you hand me over to that monster? Sarn fought the question as memory and reality mixed. Hadrovel gripped his bruised shoulder, and Sarn winced.

“Take him and go,” the commander had said. “Next time keep a closer eye on your ward.” He’d flipped through the papers on his desk, never once looking up from them as blood ran down Sarn’s arm and dripped onto his boot.

“Off-topic, but you’re right. For what it’s worth, I’m sorry.” Jerlo tapped the table, recalling Sarn to the here and now.

The memory receded, leaving Sarn stunned. I couldn’t have heard that right. “What did you say?”

Jerlo slapped the table, and the glassware jumped. “Pay attention. You know damn well who I’m talking about—Gregori and his ill-timed ‘test,’ which won’t happen again. I’m not asking you to trust me. You don’t do trust. Fine, I get it. Let’s move on to what I want to know.” Jerlo speared him with those impenetrable black eyes.

Sarn sat up straight. “Is this an apology?”

“What did you think it was? Never mind, I don’t want to know.” Jerlo rubbed the bridge of his nose.

But it couldn’t be an apology. The commander never apologized to anyone for anything. No, he wants something. Well, so do I. “If I tell you what you want to know, I can go? No healers? No stops at the infirmary?” Sarn willed Jerlo to say yes to that.

Jerlo almost smiled, but his facial muscles found the expression too alien to carry off. They fell back into their customary line. “Got it in one. Talk and you’re out of here until tomorrow night.”

“Twentieth bell, are you satisfied?”

Sarn sat on the edge of his seat, ready to seize the promise dangling in front of him. A full twenty-four hours he could spend catching up on sleep, safeguarding his son, doing some much-needed brotherly bonding, and researching the problem pursuing him. Magic infused his voice when Sarn spoke again. “You promise? If I tell you what you want to know, I’m free for twenty-four bells? Yes? No healers, no minders of any kind?”

“Swear it. Swear to what I said. Swear to it all, and I’ll tell you what you want to know.” Magic rang in his voice, twisting his words into one-half of a chain, and Sarn let it. He’d do anything to secure such a promise.

Jerlo looked discomfited, but he nodded. “Have it your way. Tell me what I want to know, and you can go. No one will hinder you, but you must return in twenty-four bells to my office. To this, I swear.”

The magic freed itself from the bonds of flesh and bone. It captured the commander’s words and bound them by their terms. Sarn sagged in relief. I’m almost out of here.

To read what happened before this scene and after it, get Curse Breaker Books 1-3. 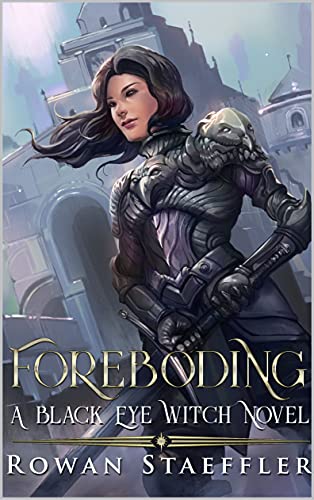 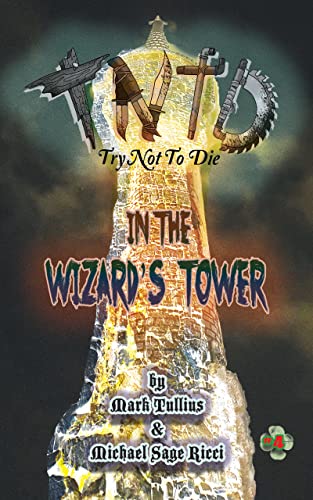