if you enjoyed the AI-narrated audiobook for Curse Breaker Enchanted, then we have good news. The Scribe finished the audiobooks for:

And they’re on sale now on Google Play.

I’m not mad about this because it’s a good review for our Scribe since she’s trying to tie up all the loose ends we’ve left dangling in our first six books, and she made progress on Curse Breaker Trapped. 🙂

Yesterday was the 8th anniversary of the death of her sister, so the Scribe was sad this past week, and listening to our books helped cheer her up, especially Curse Breaker Sundered. That book was the hardest book for the Scribe to write because she had to find a way to save us without breaking the rules. And she did.

The second hardest book to write was Curse Breaker Hidden for the same reason, but we’re still alive and kicking monster butt.

If you enjoyed those books or any of our books, please head over to your favorite bookstore and give us some stars and a short review.

Reviews are important to all characters, not just me, Ran, Sarn’s adorable son. You don’t need to write a long review. Just a sentence or two would be amazing, and it might cheer up our Scribe. Before her sister passed away, she asked Melinda (our Scribe) to publish the stories she wrote.

And that’s how this all got started. We would not be in your inbox today if not for that promise. (Thank you for signing up for our newsletter.)

Reviews also help readers like you to decide if a book is for them. If you have a minute, please drop a review on any or all of our books. They’re a big help, and they mean so much to us. Thank you.

And now, I will return you to our special feature of Curse Breaker Fallout for a much-needed laugh. Papa might not enjoy this scene, but I hope you will. (It was fun for me.)

Sarn felt around and just found his dark green tunic. Damn it. Where was that link? Sovvan hadn’t had any troubling calling it forth, so why was he?

“What are you doing, Papa?” Ran asked in between bites of the sandwich he’d assembled.

“I’m looking for something.” Sarn checked inside himself for that link, but he just found his magic. They were two bright stars inside him, one green and the other white, and Sarn sighed in relief. Thing was right about his magic. It hadn’t abandoned him.

But you abandoned us, his earth magic reminded him as if he could forget.

“Can I help you find whatever you’re looking for?” Ran lowered his sandwich.

“Finish your snack first.” Maybe that would make the child sleepy. Sarn rubbed his eyes. Outside the window at the other end of this room, night veiled the sky. So why wasn’t Ran sleeping?

“What are you up to, bro?” Miren leaned closer to see.

“I’m looking for the link between me and our sister, but I can’t find it.” Sarn hung his head in defeat.

“That’s because it’s in here, you idiot.” Thing landed on the ground and tapped the space between his eyes with his furry forefinger. A creature that was half bird and half cat shouldn’t have hands.

Ran giggled, and that had been the point. Thing liked to entertain. Sarn had never met such a dramatic creature before. That owl winked at Ran, then made a show out of flying back up to his perch.

Amal shook her head and turned away from him to hide the smile on her beak. That was another thing Sarn had never realized birds could do. Maybe it was just these OwlCats who had flexible enough beaks to smile.

Or maybe they used their magic to make him think they were smiling when they weren’t. Sarn wouldn’t put anything past them, especially Thing. His mind was too powerful.

“Aren’t you glad I’m your friend, not your enemy?” Thing just had to ask.

“I’m your friend too.” Thing slumped against the wall.

“I don’t have many friends, and they don’t live long.” Sarn hadn’t meant to bring up Shade. But it had only been five weeks since his friend’s death.

“I’m not going anywhere. Don’t worry. Death is afraid of me.” Thing jabbed his thumb into his chest.

That was such a weird statement coming from him. Sarn laughed, and it felt good.

“Besides, we’ve been in worse scrapes than the one we pulled you out of, and we walked away from them, so don’t worry about us. We’ll be just fine. We’re survivors.” Thing puffed out his chest.

Okay, time for a topic change. Where was this link? Thing had said it was inside his head, but Sarn didn’t feel anything in there. His sister had touched her heart when she’d manifested it, but nothing happened when he touched his chest.

“What about you? Can you help us help our sister?” Miren waved to get Thing’s attention.

Thing drew himself up to his full height, which was just a little over two feet if one counted the feathers on top of his head. They stuck out at odd angles because that bird liked to run his hands through them. “What are you asking?”

“Something you should probably ask me instead.” Bear made a tsking sound as the stuffed bear he lived in shook his bulbous head.

It didn’t matter how many times Sarn had seen that bear animate. Every time still surprised him.

Ran clapped his hands, and he rushed to join them. “Can you help us?”

“Of course. I wouldn’t have offered if I couldn’t. Besides, I like your sister. She’s plucky, and you could use a little more pluck in your life.” Bear nodded to Sarn.

“Is Auntie Sovvan okay?” Ran dropped onto the blanket beside Sarn and picked at it.

Furball hopped off his shoulder and snuggled up to him. Aww, he was so cute. Ran laid a hand on the little OwlCat kit’s back, and the sight melted Sarn’s heart.

“Mostly. She can’t get seriously injured since she’s not alive anymore.” Bear shrugged.

“But she can feel pain.” Ran’s lower lip quivered.

Sarn put an arm around his shoulders. “So how do we help her?”

“I agree you need some more pluck in your life, and she’s just the right amount. We could all use a little more of her sunny nature.” Miren just had to agree with Bear.

Sarn couldn’t argue with that. Sovvan had always been upbeat. Everything had always rolled right off her. Nothing had stuck to her except that link. Guilt chewed on his heart and spat out the pieces.

And right on cue, he heard an echo of her voice and what she’d said a few days ago. “You idiot, I knew what you were doing. I wanted this bond.” Her words warmed him, even in memory.

Sarn had become dark over the years, but Sovvan had remained as bright as ever, and they were right. He could use some of her light right now. I don’t want to be dark and depressed anymore, and with her around, I won’t be. But he needed to get her back first.

“You can’t go there.” Thing waggled a furry finger at him.

To read what happens next, get Curse Breaker Fallout now! And if you want to know what Sovvan is doing, grab His Angelic Keeper Tempted. 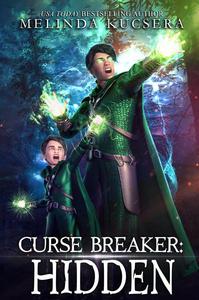 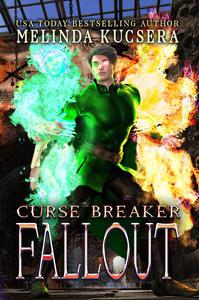 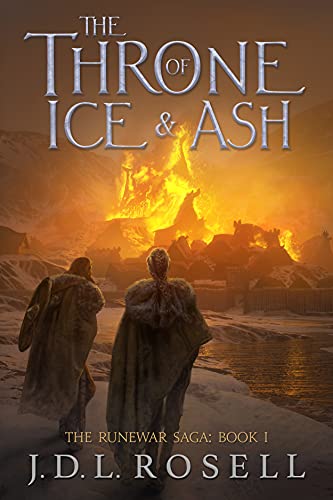 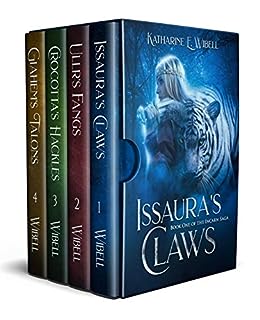 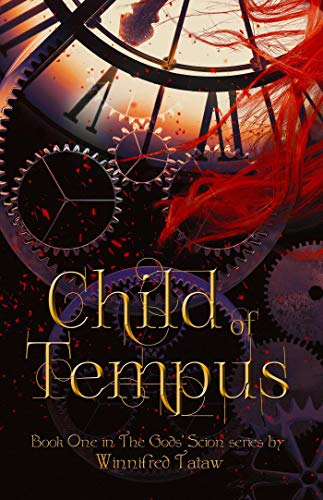 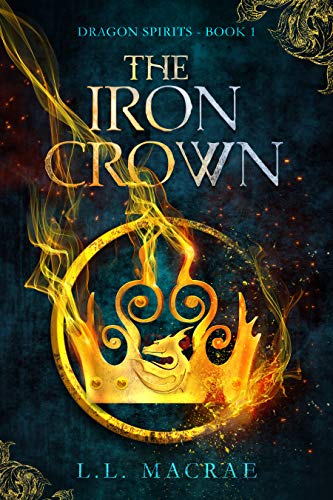 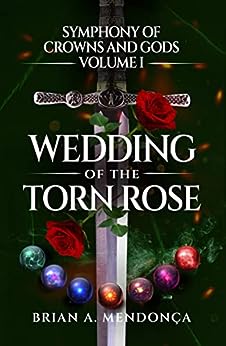