The Scribe is a bit freaked out. Why?

Because a spider fell out of the laundry basket when she dumped its contents into the washing machine. I might have been sitting on the dryer asking for more page time when it happened.

This is Ran, Sarn’s son, and your host for this week’s newsletter. Did I get more page time?

You bet! I picked up the sock the spider had landed on, and it took the opportunity to jump away. Smart spider. I would have set the spider down on the floor, so it could scuttle away, but it saved me the trouble.

What does that have to do with Curse Breaker Trapped, the book I popped in here to talk about?

Nothing, but it was a funny story, so I thought I’d share it. After all, it’s not every day a spider falls out of a laundry basket. The Scribe does laundry every 3 days, so it wasn’t in there long.

Before we get back to our preview of Curse Breaker Trapped, I have a question for you.

Will you help us spread the word about the Curse Breaker series?

Anything you do on any platform you use will help us!

Here are a few ideas:

But really, anything mentioning our books on social media or anywhere will help.

We don’t like to talk too much about real-world stuff, but the Scribe is having a rough time right now with her job, and it’s affecting my page time. You know how I feel about that. Melinda works hard on our books and to make ends meet, so she can keep writing more books. I want lots more books!

Thank you for helping us. It means the world to us and our Scribe. Hit reply if you need anything from us. And now I’ll return you to our preview of:

The bedroom door opened, and it woke Sarn from a light doze. But no OwlCat flew out of that room. Nulthir stepped over Miren and yanked at the collar of his blue uniform like it was choking him.

“Where are you headed?” Sarn sat up and rubbed his eyes. He must have drifted off for a while because dawn paled the sky beyond the window.

Nulthir smoothed his uniform. It had gold braiding on the shoulders today, and there were ribbons and medals too, giving his uniform a more formal look. “To a meeting with some nobles, so I need to look like a captain today.” Nulthir muttered something that sounded like, “even if I don’t feel like one.”

But Sarn wasn’t sure he’d heard that right. Nulthir stood on his bad side, and he’d lost some hearing in that ear years ago. “You still owe me magic lessons.” And Sarn wouldn’t let him off the hook for that.

Nulthir also owed the OwlCat sleeping in a nest of blankets on the other side of the room a lecture, but that hadn’t happened either. Sarn had waited for that too. Thing must have recovered enough. But if there had been a lecture, it had happened while Sarn was asleep or out of the room lighting the lumir crystals under the mountain.

Maybe there was no lecture. The OwlCat in question chuckled in his mind.

That was so unfair. But Sarn didn’t reply. He never got the last word with that OwlCat around, and he didn’t want to encourage Thing while that OwlCat was still recuperating.

Nulthir sighed. “I’d rather teach you than attend this meeting, but we all have things we don’t want to do, and if you can do them, then so can I.” Nulthir tugged his uniform jacket down and buckled on his sword belt. “We’ll have time for those lessons when people settle down.” If they ever settled down. Nulthir didn’t say it, but everyone wondered about that.

“You promise?” Sarn asked before he could stop himself. He sounded like his son. But once he’d said those words, he didn’t want to retract them. This was one promise he wanted with an intensity that surprised him.

Nulthir adjusted his sheathed sword. “I promise. I’ll teach you what I know about magic as soon as I can. But you don’t have to wait for me. He knows a fair bit about it too.” Nulthir waved to Thing.

“Yeah, but he knows about mind magic, and I don’t have that.” Sarn shuddered at that thought and thanked his ancestors that they’d had earth magic, instead.

“But the fundamentals are the same across all types of magic.” Thing raised a furry finger above his nest of blankets as he pontificated.

“That’s true, and he was there for every lesson. Remember, I met him when I was around Ran’s age.” Nulthir waved to the sleeping child.

Sarn rested a protective hand on Ran’s back, and his son stayed asleep. The boy kept irregular hours while they stayed here, so he no longer rose with the sun. Sarn couldn’t imagine Nulthir as a child that young, and he glared at Thing in case that OwlCat got any ideas. He didn’t want an image to pop into his head courtesy of that mind-reading owl, but Thing must have taken a hint because none did.

“Well, maybe don’t ask him yet. He should rest that mind some more.” Nulthir glanced at his long-time friend with worried eyes.

“I’m not an invalid. My beak works just fine, and I can speak aloud when I choose to.” Thing closed his eyes and settled back into his nest.

“Still, you should rest as much as you can. We don’t know what tomorrow will bring.” Nulthir turned to go after uttering that ominous statement, but he was right.

Sovvan had stalled Armageddon, not stopped it, and those Riders of the Apocalypse were still out there, doing God knew what, and that brought Sarn’s thoughts full circle. I hope you’re all right, Queen Shayari, and I hope the Queen of All Trees is too. Sarn didn’t know if there would be a Shayari without them, and he didn’t want to find out.

Nulthir pulled open the outer door and left without another word spoken aloud, but he might have mind talked to Thing. That OwlCat would never say either. Sarn laid down and pulled his son into his arms.

“Did you have a bad dream?” Ran asked, but he didn’t open his eyes. Instead, he snuggled into his embrace.

“No, I was just thinking dark thoughts, but they’re gone now. You chased them away.” Sarn rubbed his son’s back.

“Then you’ll have good dreams.” Ran yawned, and his breathing slowed.

“I hope so.” Sarn closed his eyes to hide their glow. He didn’t think sleep would come again, but it must have because a cold hand shook his shoulder and called his name an indeterminate amount of time later. She’d come for him at last. I’ll be your mage. Sarn tried to say, but his tongue was stuck to the roof of his mouth.

“Free us from our earthen prison,” a voice whispered as he struggled to wake up.

What prison was that woman talking about? Not the one under Mount Eredren, that wouldn’t make sense. Sarn couldn’t open his eyes. Lead weights pressed on them. Damn it. He must have drained himself while searching for the two queens.

“Free us,” the voice insisted as it split into two distinct voices.

But Sarn had never heard either of them before. Two strangers were in the room right now. He hugged his son and tried to call for help, but his mouth wouldn’t open, and Ran vanished from his arms. No! Give back my son. Sarn tried to reach for him, but his limbs froze.

Not frozen, you’re entombed in stone, said his earth magic, but that wasn’t helpful.

Free me. Sarn willed his magic to crack open whatever imprisoned him, but nothing happened. I thought we were one. So why wasn’t his magic helping him?

We are. You’re free, it said as darkness pulled Sarn under again. Why had his earth magic sounded confused? What was happening?

Check out our new branding! Hopefully, now our books will stand out, so you don’t miss us! 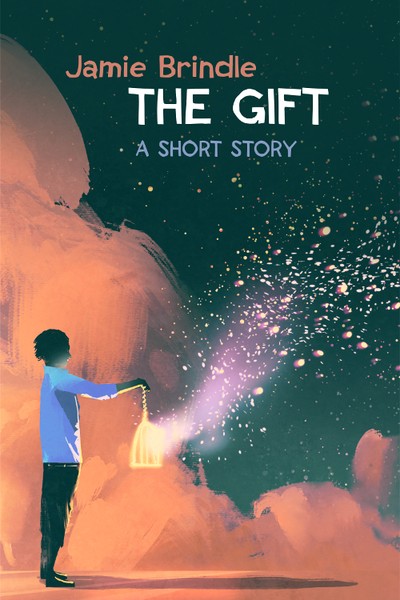