This is Ran, Sarn’s son and fellow adventurer, and I star in the Curse Breaker series. I hope you had a great week. We had a crazy one due to some maintenance in the building where our Scribe lives. We are all looking forward to a quieter week this week, so we can get more page time.

Before I return to the preview of Curse Breaker Revealed, (its release is a major event for us), I just want to give you an update on our next book. Robin and Melinda, our Scribe, are still fighting over something that happens in the fourth chapter.

“You can’t do that. It breaks the rules of the enchanted forest!” — Melinda, our mild-mannered Scribe.

(The rules she’s talking about were established in Curse Breaker Enchanted, so I have a vested interest this.)

“I don’t care. It’s a cool scene, and I don’t want you to change it.” — Robin of Larkspur, main character of the series that bears her name.

I reminded the Scribe and Papa and I never break the rules we established in our books. She could have a lot more fun writing our next adventure, which features monsters of unusual abilities and a joust! (If you would like my book next instead of Robin’s contentious third book, please apply some friendly peer pressure on my behalf.)

But to be fair, her third book has an interesting premise. Can one pacifist mage (my Papa!), his mysterious friend (Shade), and one determined warrior (Robin), save their children from the Wild Hunt?

We’ll find out in Rogue Ranger if Robin and Melinda sort out their issues. Since I am one of the kids who got kidnapped, I should tell you to ask Robin to calm down, so Papa can save me. We know he will because that’s his job in life, but I want to know how he did that when he doesn’t like to fight.

I hate to ask this because it means Robin gets more page time than me, but maybe you should email Robin and tell her to calm down? So Melinda can finish her book.

How can I be kidnapped and writing this email to you right now? What trickery is this?

It’s not a trick. Robin’s first 5 books are set around 3-4 years before Curse Breaker Enchanted, so I’m not in two stories at the same time doing different things.

And now that I’ve made you torn you too. Let’s into something less polarizing, like our preview of Curse Breaker Revealed. 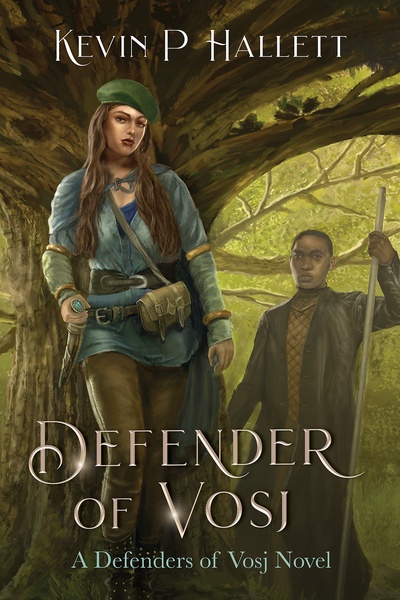