What do we have in store for you this year?

This is Ran, Sarn’s son and the true star of the Curse Breaker series. I’m your host as usual. I wanted to tell you a story about a turkey monster, and I was all set to do that until Papa said:

“I never fought a turkey monster. There’s no such thing.” Papa folded his arms.

So Uncle Miren said: “I might have read him a book about a bird-like monster, and I might have changed it to be a turkey because he’s actually seen a turkey.” Uncle Miren gestured to me.

So I said because this is my newsletter, and I get to do the talking here:

“There could be a turkey monster if a turkey walked into a puddle of bad magic. Then the bad magic would rise and cover the turkey and turn it into something bad. The turkey monster would then come after me, and you would fight the turkey monster to save me.” I gave Papa my best puppy dog look complete with wide innocent eyes, and I stuck out my lower lip, and it quivered.

“Of course I would. You’re my son. I’ll always save you.” Papa put his arm around me because that’s what I wanted him to do. “But there’s still no such thing as a turkey monster.” He was really stuck on that for some reason.

“No, but there could be. You don’t know what magic is creeping around the forest. A couple of turkeys could walk into it and turn into monsters. Anything’s possible.” I threw my arms in the air to emphasize my point. After all, we lived under a mountain surrounded by an enchanted forest.

“If a turkey turned into a monster, and I’m not saying it would. But if it did, why would they come here? That’s the part that I don’t understand.” Papa scratched his head as he often did when he was confused.

“Well, it has to go somewhere, so why couldn’t the turkey monster come here?” It was logical in my mind, but Papa just stared at me like I was the crazy one.

Meanwhile Uncle Miren laughed so hard he fell over. Did I mention we were sitting on the floor having this conversation?

Because we were. At the end of Curse Breaker Revealed, our living situation changed dramatically, and we still aren’t sure if this change is permanent yet because it’s only been a few months. Yes, I’m writing this newsletter from the future. Don’t tell anybody.

But I digress, let’s get back to the story.

I’m not sure where we were sitting on the floor. I think Papa wasn’t used to having actual furniture that we could sit on because we lived in a cave for years with only had a mattress and a stool for furniture, so we used to sit on floor most of the time. But now we had padded chairs and a real bed.

I liked the bed. It had a soft mattress and a warm blanket. Did I mention I share a room with Papa now? I do! And Uncle Miren has his own room. But I’m getting ahead of myself.

We haven’t straightened out those details yet in the book series but we’ll work them out in Curse Breaker Jousts. Now you know why I want Melinda to finish that book, but she’s \working on Robin’s books. So instead, I’m trying to guilt you on Thanksgiving into taking up my cause and asking for my book when I should be thanking you for being there for us all year.

Thank you for following our adventures inside our books and out!

Let’s get back to my story about turkey monsters.

“Come on. It’s time for bed. No more talk about turkey monsters.” Papa had enough story time, so he rose.

Usually, he’d sit around for longer and listen, but I guess the turkey monster thing really bothered him. Did that mean there was a turkey monster? Did he meet it before I was born and just didn’t want to tell me? I’d have to corner my uncle later and find out.

Papa picked me up and set me on the bed. He was serious about bedtime. Was that because of the new rules that came with our new living situation? He was never this strict before.

I needed a rescue from the last one, but now people know about me. Maybe I can meet all Papa’s work friends now. But I think Papa is still mad at me for forcing that on him before he was ready to deal with it. Well, he should have found a solution sooner.

It was dark outside the window. Yes, our new room had a window, and I could see the stars twinkling in the sky. Since we were pretty high up, I couldn’t see forest or anything else, just the stars.

“I know, but it’s late. You should go to sleep.” Papa crossed to the window and pulled the drapes.

Did I mention our window came with drapes? They were long, and they kept the sun out in the morning, so we could sleep late when Papa wanted to.

Papa stayed by the window for a long moment, and I heard a gobble gobble.

“Did you hear that?” Uncle Miren rose and walked to the window.

“It was just the wind.” Papa fiddled with the drapes and tugged them a lot harder than necessary, making the curtain rod shake.

“I don’t think that was the wind because I distinctly heard gobble gobble.” Uncle Miren grinned.

“Do you know what creature makes that sound?” I threw off the covers. but Papa rushed over to tuck to me back in. He was serious about this bed time thing.

“No, what creature makes that sound?” my uncle asked even though he knew the answer already.

“A turkey monster!” I crooked my hands so they looked like I had claws. “We should go downstairs and make sure there’s no turkey monster wandering around on the meadow.” I threw the blankets off me again.

Papa covered his face with his hands and groaned. I don’t know why he wasn’t excited about a turkey monster.

Happy Thanksgiving from our family to yours.

And if you see a giant turkey lurking around your yard, stay away from it because it could be a turkey monster.

We’ll see you on Monday for our regularly scheduled newsletter. No idea what we’re doing in that, but we have a few days to figure that out. 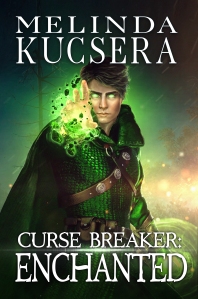 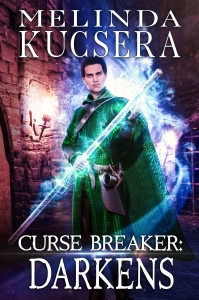 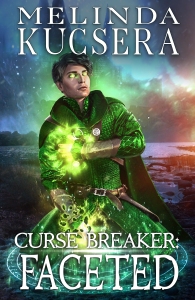 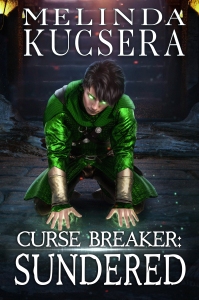 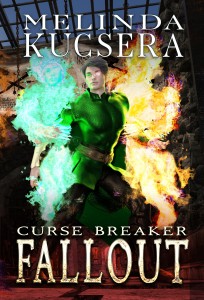