In honor of Labor Day in the US, we present to you the zany adventure of the possessed couch without interruption. I am Ran, your narrator, one of the stars of the Curse Breaker series. We hope you enjoy it.

The Possessed Couch Vs. the Mage, Round 3

Papa gripped handfuls of air and pulled, and his magic ripped the metal springs off the frame. A green glow wrapped around the top of the boulder, reshaping it into a point. When he was happy with it, he shoved the now-sharpened rock into the bottom of the couch, and snapped the frame in half.

“No!” shouted the Newsletter-Dragon. But she didn’t emerge from the collapsing couch, phone in hand, like she was supposed to, and that was a problem. We needed that phone.

“Stop, Papa! Stop. You’ll damage the phone that dragon took.” I pounded on my green-glowing prison, but Papa didn’t let me out, and I was glad he hadn’t when the darkness and laughter spewed out of the couch. Have I mentioned how amazing his shields were?

Papa threw another shield between the spirit and him and dragged my uncle behind that wall of green-glowing energy. But that darkness just bounced off his shield instead of dissipating like normal darkness did in the presence of light. That meant it was bad stuff, and we needed magic to destroy it.

“What now?” Uncle Miren asked. He gave the hammer in his hands an experimental swing.

When had he picked that up? Probably while I was begging to be let out of the pretty green globe protecting me. I gave that nice shield an affectionate pat, and it hugged me. Aww. Papa’s magic loved me too. “I’m okay.” I reassured it while I waited for Papa to answer Uncle Miren’s question, but he was watching the darkness swirl around the broken couch instead of magicking up a solution. Maybe he needed a reminder? “Papa?”

Papa held up a hand, silencing me. Okay. Maybe his magic was showing him something important. I wished I had some psychic powers so I could peer into his mind and find out what he was thinking. But maybe I didn’t need that.

I shot a covert glance at my too-quiet scribe clicking away on her dad’s cell phone since the Newsletter-Dragon had taken hers. “Psst. Melinda? Could you come over here?”

She didn’t even glance up, not once, as she left her confused dad and padded over to me. Nor did she trip. Well, she had grown up here, so I guess she must know the topography of her backyard well. It was a rather small yard, all things considered. “I can’t get you out.”

“I know that. It’s Papa’s shield, so he has to remove it. And I wouldn’t ask that, anyway.” Not while the shield was protecting me from the swirling darkness. I shot Melinda an annoyed look, but her face was buried in her borrowed phone again, so she didn’t see it.

“Then what did you want?”

“Would you read some of what you’re writing? It’s hard to see what’s going on while I’m inside this.” I waved at the shield that fully engulfed me. If I could just get her to read what she’d just written, I’d know exactly what Papa was thinking.

That’s why we let Melinda chronicle our adventures, so we can read them afterward and find out all the things Papa didn’t tell us. If you’ve read any of the Curse Breaker books, then you know Papa tells us only what he thinks we need to know. But we need to know everything. How else can we help him?

Melinda kept swiping and typing and putting more words down. While I waited for an answer, I checked on the possessed couch. It was no longer laughing or doing anything sinister. But it was at the heart of a dark gray cyclone, and two pairs of red eyes blinked from inside it. Uh-oh.

“What is that?” I asked as the cyclone collapsed into a gray blobby thing with smoky horns and a long transparent tail. It definitely wasn’t human.

“I think it’s an evil spirit,” Melinda said without looking up from the phone in her hands.

“How do we defeat an evil spirit?”

She didn’t answer, neither did Uncle Miren or Papa, and that was a bad sign. I thought back to the shadow monsters that had come for me in Curse Breaker: Enchanted, and I shivered. Bear had saved me then because Papa was at work, but Bear wasn’t here now. I had left him in our cave back in Shayari, and we were a long way from there.

“The same way I cleansed our cave,” Papa said finally, and it took me a moment to figure out which question he was answering.

“With circles?” I scratched my head then remembered Papa had used that trick in Curse Breaker: Enchanted and Curse Breaker: Faceted. “Will that work here? This place isn’t enchanted, is it?” I spun around and noted all the trees in the neighborhood, and there were a lot of them, but none looked at all magical. “Don’t we need the Queen Tree for that to work?”

Could she come here? I put the question to my Scribe, but Melinda just shrugged. She was too busy writing to reply. Well, that was important too. You can’t read my stories if she doesn’t write them. Maybe I should stop interrupting her since I only exist when people read us or when she’s writing about us.

“Can I help you make those circles?” I just wanted out of this shield. Evil spirits didn’t scare me. I remembered how the ghost boy had gone all to pieces when I was around, and I figured this spirit would too once Papa removed the shield. Something about me was incompatible with specters. But Papa either didn’t remember that because he didn’t remove the shield.

Instead, he whispered something to my uncle, then bent to draw one-hundred and forty-three circles inside one giant circle with his other magic. Meanwhile, Uncle Miren swung the hammer through the spirit.

The evil spirit just laughed and floated toward my Scribe. Thankfully, the shield responded to the danger by sucking Melinda into it. I got a good look at the gobbledygook on the phone screen before she resumed typing.

“Can you just read a little of it too me?” I tugged on her sleeve.

She shook her head. I folded my arms in a huff and glared at Papa through the shield wall as he closed the last interconnecting circle.

“There. That’s done,” he said as the circles shined white and shot one hundred and forty-four columns of light into the sky.

I glanced at my uncle in time to see him dodge the evil spirit diving toward him. Could it possess him? What about the picnic table? Its hungry red eyes said it would like to try.

We’ll be back next week with the next installment of our battle with a possessed couch, and we hope everyone had a great Labor Day! 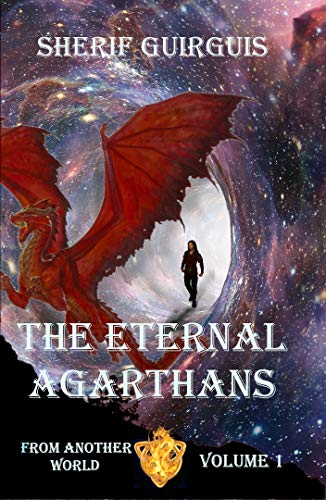 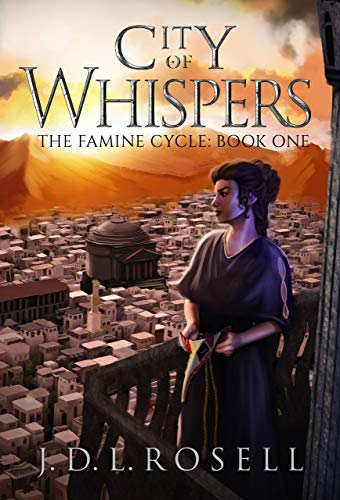 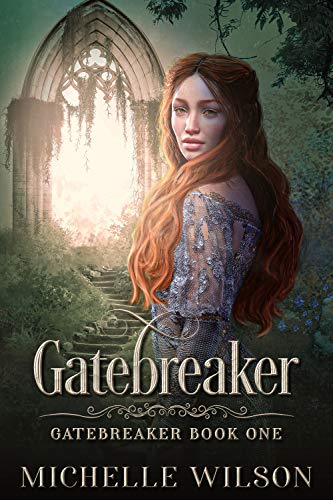 Sarn must unravel a deadly plot to save his son, the enchanted forest that protects his home, and the ghost whose death set everything in motion. Can he save them, or will he lose everything? Find out in the high-fantasy adventure, Curse Breaker: Enchanted.

For more books in the Curse Breaker series, visit melindakucsera.com