We hope you had a Happy New Year!

The cast spent the last days of 2020 and the first days of 2021 on a grand adventure full of magic, friendship, loyalty, and family. What was that adventure? Curse Breaker: Hidden.

This is Ran, Sarn’s son, and I have to run back and take my place for the grand finale of that book. It’s coming to ebook and print sometime in February 2021. We’ll have more details about that in the coming weeks after the editing is done.

And now, it is our greatest pleasure to present to you an excerpt of His Angelic Keeper Hidden, which is coming to ebook Jan.

If you missed a part of our special presentation of His Angelic Keeper Hidden, you can catch up now. Read the intro or part 1 now.

Was it too much to hope the God Misriah served would smite her ex-guardian angel? Probably unless Fate lent a hand.

Fate. Fay, that ex-goddess had given her something. An apple! Sovvan forced her eyes open.

Of course, that crabapple was still rolling away from her. A spent leaf fell from her numb fingers as she willed her hand to reach for that beautiful apple. It might cure her of whatever the Agent of Chaos had injected into her if she could just grab that apple before it rolled out of reach.

But her arm refused to obey her. Shades, fades, and blades. Why is no one ever around when I need help? Sovvan blinked away the gray, edging her vision. So the Gray Between was coming to collect her again. Not good unless the portal to this place was still in there.

But Sovvan couldn’t remember where the only Memory-Eater who was on her side had created that portal. Everywhere in the Gray Between pretty much looked the same as everywhere else except for the forest, but Four hadn’t made the portal near there. Hopefully, that portal will be visible from a long way off on that gray plain. But it probably wouldn’t be because her luck was never that good.

Worry about that later. Right now, you need to get that apple. Sovvan tried to move her legs, but they wouldn’t obey her either. Damn, and Misriah was gone; Red, the guardian angel of this place, was still unconscious, and only God knew what had happened to Four. That memory-eating pachyderm had vanished before the fight with Malachiah.

This can’t be the end. Sovvan railed against that. But her very being was slowly unraveling into white-glowing strings. How Strange. What did that Agent of Chaos do to me? Sovvan stared at her disappearing hands. Did they want Malachiah to win?

Sovvan could still raise her head, so she checked her feet, but they were gone, taking with them the dull throbbing pain from kicking a certain ex-guardian angel, and her ankles and calves were unraveling too. As Sovvan watched her unmaking, part of her detached from her body and floated upward past the red-and-white blur crawling toward her. What on earth was that?

“Get the apple!” Fay shouted from somewhere nearby. Was that ex-Goddess back again?

I thought she couldn’t manifest without throwing things seriously out of whack. Though maybe that restriction had been lifted since things were pretty screwed up right now. Sovvan glanced around for that ex-Goddess, but everything had become blurry and indistinct.

Maybe Fay had appeared on a leaf again. But everything was fading to that hateful shade of gray as Sovvan floated up into the roiling sky above.

What’s happening to me? Since she was already dead, Sovvan couldn’t die again. But what did that leave? What happened to souls that unraveled? Was there one last reprieve? Or was the darkness sweeping her consciousness away from the last thing she would ever see?

I’m sorry, bro. I’m sorry I couldn’t save you or your son. I wish I’d met him. But now, Sovvan might never do that, not if this final darkness was it for her. She mustered all the energy she had left for one last prayer. Forgive me, O Lord. Send me back. I’ll get things right this time. I just need one more chance.

But if the God Misriah believed so heartily in heard, He gave no sign. The darkness consumed her mind, snuffing out its light for a while. Sovvan dissolved into a cloud of shimmering motes and floated out of the Grove of Memory and back to the Gray Between, the crossroads of the afterlife where all souls were sorted.

The shining cloud that had been Sovvan descended in a shower of sparks onto a foggy hill. Gray light filtered through a break in the thunderheads, and it shined on the metal carapaces of the clockwork beetles crawling up that hill. They each grabbed pieces of the entity that had been Sovvan and pushed them together, reassembling her.

More clockwork insects scurried about until a ghost of a girl lay on the brow of that hill. Her dark hair and white skirt blew in the wind, whipping across the plain. Job done; those insects scuttled away, and a fog bank chased them. It rolled over Sovvan, hiding her from view as she stirred.

Read the first book in the His Angelic Keeper series now in Kindle Unlimited. 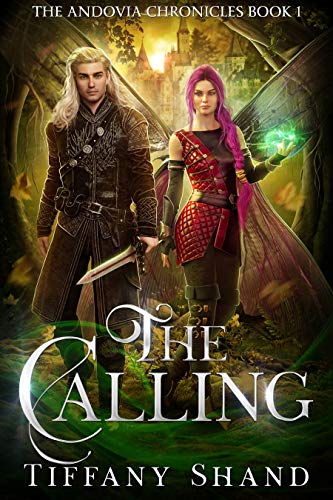 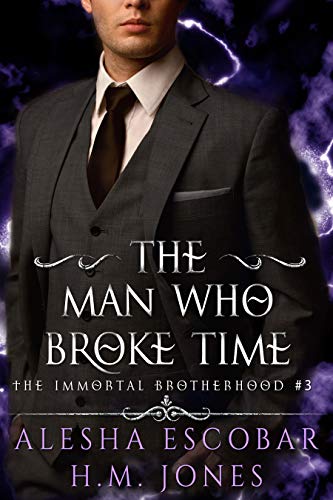 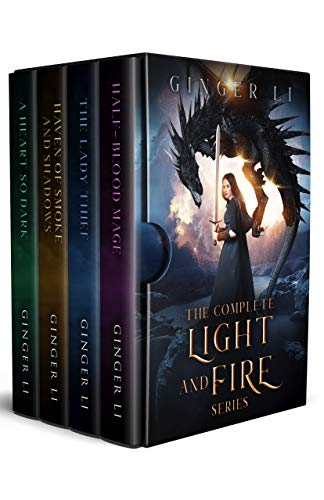