We hope you had a happy holiday filled with light and love. We had an unintended adventure when half the power went out in our Scribe’s apartment right after we sent our holiday newsletter. Unfortunately, the half of her apartment without power included her pc. 😦

The internet also went out on Christmas day, but it came back on the 26th, just in time for the power to go out for the whole building while repairs were made to the phasers. (They have something to do with electricity.)

It’s been a frustrating couple of days. When the power went out, the heat went away too. Everything is all back to normal now. But it slowed progress on Curse Breaker: Hidden. Even cellphones need power to work after a while. 😦 The electrician temporarily fixed the problem.

And now, it is our greatest pleasure to present to you an excerpt of His Angelic Keeper Hidden.

Auntie Sovvan’s second adventure is 2x as long as her first one, and it features demons, magic, angels, dragons, clockwork creatures, Memory-Eaters, and more! We think you’ll love the mayhem my aunt gets into. We shared the intro last week.

The blackness faded to a peculiar shade of gray Sovvan hated so much, and that grayness turned transparent. That was strange. But an Agent of Chaos had bitten her a little while ago, so maybe that was normal?

Bits of her body peeled off in a slow motion spray and grayed out. Like cinders on the wind, they flew away, moving in time to that damned metallic clicking, which grew nearer as Sovvan lay there semi-conscious on a branch in the Grove of Memory. This place stored the memories of those who’d died over the centuries. Sovvan still found that hard to believe. Something held her body and soul together. Perhaps it was the bond to her twin, Sarn. Or maybe that was wishful thinking.

Beside her, Misriah froze, magical crabapple in hand. The red apple looked like any other ripe apple, just smaller. According to Fay, the ex-goddess of Fate, it could reverse the effects of that bite. Misriah threw back her head and howled one word, “No!” Purple lightning danced over the angel’s armor as it consumed her. “I’m sorry, Sovvan. Your brother needs me.” Misriah let go of the apple, and it fell on Sovvan’s lap.

Pick it up. It’s the only way to fight whatever the Agent of Chaos did to you. But her hand wouldn’t obey her, no matter how many commands Sovvan sent it. Instead, her hand lay limply on the waist-thick branch supporting her. The apple remained on her lap, doing nothing magical. It didn’t even shine.

Misriah vanished in an explosion of purple sparks. Great, now Sovvan was alone with her floating ex-guardian angel, who was working some sort of magic, but she didn’t know what. “Are you trying to summon your dark lord?”

He didn’t answer, but what else could he be doing? Malachiah gathered more power to him, and it ringed him in an invisible cloud Sovvan could sense but not see. That power made her skin crawl and bile rise in her throat at the stench of death and decay in the air. His magic had a bad odor, or maybe that stench of burning garbage came from him.

Below her, metal creatures skittered around the leaf-covered floor of the grove. They were the mysterious Agents of Chaos. What did they want? One had already bitten her, and the rest just massed there like an army of clockwork insects. What were they waiting for?

Probably for me to fall off this branch. And Sovvan would too since she was fading in and out of consciousness. Where would she end up when she finally blacked out? The Gray Between again? Sovvan didn’t feel its pull, nor was she seeing gray anymore.

A metallic insect crawled up her arm, across her shoulder, and finally up the side of her head. The clockwork roach stopped on the tip of her nose and regarded her with softly ticking eyes. Tiny black hands wound around its coin-shaped eyes, keeping time.

“Don’t bite me. Once was enough.”Sovvan stared at the creature until it became blurry. She closed her eyes. Before she could freak out too much, the link to her brother yanked Sovvan off the branch and dumped her onto a carpet of red leaves below. They must have cushioned her landing because nothing hurt from the fall. What a relief. Something had finally gone her way.

Sovvan ran a hand over those red leaves, crinkling them. Each five-pointed leaf stored someone’s memories. Births, deaths, holidays, wars, all were recorded by these leaves, and one might have some information she could use. As Sovvan touched the leaves around her, a compulsive urge to absorb as much information as she could overtook her, and she grabbed handfuls of leaves.

Fragments of conversations about historical events flashed through her mind as Sovvan reached for more leaves. One leaf had even saved an argument about the Adversary. Sovvan paid attention to that one because her ex-guardian angel had tried to hand her over to that creep. She needed to find out as much as possible about him in case he showed up here. Sovvan couldn’t rule anything out at this point. Only Malachiah knew what his spell would do when he completed it.

None of the memories that had been stored in the leaves within reach provided any answers about that spell, or the army of tiny clockwork insects marching toward her. Damn. Someone must have encountered them in the past, and their memories must be here, somewhere. Hers were too, but there were billions of leaves to search through.

Which ones held the information she needed? Not the ones she’d landed on. Damn it. Oh well, the answers only fell into the hero’s lap in stories. Sovvan put all thoughts of reclaiming her lost memories out of mind for now. The Memory-Eaters had just been doing their job when they’d taken them. She had larger problems than the holes in her recollections.

I’ve wasted enough time. Sovvan let go of the spent leaves, and they slipped, gray and lifeless, through her hands to land on their red brethren.

Sovvan blinked as those leaves blurred. She fought to keep her eyes open as two people whispered about chaos and order and agents who tried to maintain some sort of balance between the two. But there was no one else here except her and the trees and the clockwork creatures coming toward her. Numbness crept up her body. Those whispers must have come from the many memories she’d absorbed.

“That sounds like something Misriah would drone on about,” Sovvan said to the voices arguing in her head. What are the odds I’d land on the handful of memories about some old debate about those two arcane powers?

Too small for Fate not to have played a role in that. Too bad Sovvan wasn’t aware enough to pay attention to those fading voices. Hopefully, those memories would become information she could access later when she wasn’t so damned tired.

The Memory Trees shivered in the increasing wind from whatever Malachiah was doing. Was it too much to hope the God Misriah served would smite her ex-guardian angel? Probably unless Fate lent a hand.

Fate. Fay, that ex-goddess had given her something. An apple! Sovvan forced her eyes open.

Read the first book in the His Angelic Keeper series now in Kindle Unlimited. 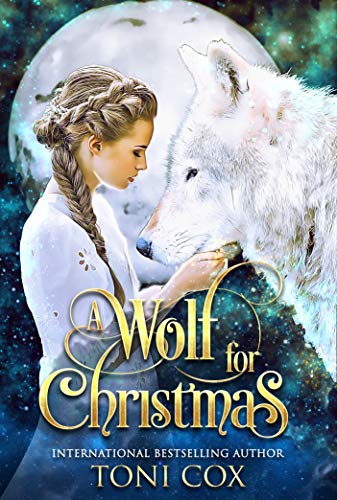 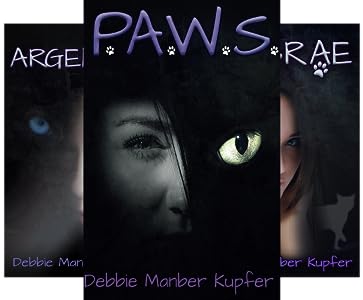 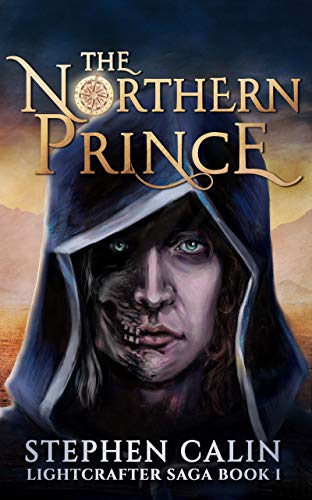 on sale for 99 cents

2 thoughts on “The Trouble With Phasers”