Thank you for supporting the launch of His Angelic Keeper Fallen. We hope you enjoy the magic, mayhem, and all snarky dragons in that book. It was so much fun to write (according to our Scribe).

Speaking of the Scribe, (Melinda) she posted something last week that gives you some insight into her crazy mind.

(It’s busy in there, so we don’t recommend a prolonged stay if you accidentally hop into her head. Also, head hopping can be dangerous, so please use caution when entering other minds.)

A response to a quote (meme?) that someone else had posted in a group for writers who aren’t writing.

(Why is our Scribe who writes a lot in there? Her fictional characters would love to know because we’re scratching our heads over that. If you have any insight into that, let us know.)

What was the quote that inspired our Scribe’s post?

“My problem isn’t that fictional characters aren’t real; it’s that I’m not fictional. I don’t want them to be real. What I desperately wish that I could be fictional with them. It’s not that I want them here with me in this mundane and ordinary world; it’s that I want to join them in their extraordinary one.”

Neat, right? Have you ever wished that?

What did our Scribe post in response to that cool quote?

I Saw this in a group and had to comment on it because I’m living this!

I am fictional, and I’m also a real person writing my fictional and not-so-fictional adventures. 💙

I straddle the often blurry line between fantasy and reality 🙂 in a long running contemporary/high/portal fantasy serial (also known as my weekly newsletter) and the 3 novels (so far!) based on it. 👐 (The second one, Rogue Spells, will publish sometime in Oct I think.)

I adventure in the LOTR/Valdemar/King Arthur inspired fantasy world I created along with my characters (usually Sarn and his son, Ran, from the Curse Breaker series), and they invade my life in suburban NY/corporate America. 😁

I also write books just about them in their world that are straight high/epic YA fantasy adventures.

I’ve achieved that magical of state of just fictional enough that I can hang out with my favorite characters whenever and wherever I want. 🤣

Pretty cool right? What do you think?

What is fantasy to you?

(Melinda adventures with us in the Curse Breaker Companion books, and the next book in that series comes out on Oct. 25! Are you excited about that? We are.)

Speaking of Rogue Spells, it’s winding its way through the final editing process. (Hooray!) But fans can read the book in our club now. All chapters are posted in there, and they include the latest edits.

Early drafts of His Angelic Keeper Tempted and episodes from the serial, The Lord of the Sea are also coming to the club this month. We’ll have an update on when next week.

That’s what our scribe has been up to lately but what about us your favorite characters?

Well, you know us. We’re planning our next adventures, of course. 🙂 We need to keep the Scribe on her toes by throwing lots of plot twists at her, especially since…

Melinda will write the end of His Angelic Keeper Tempted between now and the end of November! Tempted will publish on December 31, and your heroes have lots of cameos in it since it will lead into Curse Breaker Trapped.

I just want to take a moment to say one thing about Curse Breaker Trapped. (This is Ran, the son of Sarn from the Curse Breaker series, your usual narrator for these adventures in email.)

*I am not responsible* for what happens in Curse Breaker Trapped. Just remember that no matter what happens! I did not join team antagonist. I just wanted to know what happened to the baby dragon. I didn’t mean to get Papa (or myself) into so much trouble.

At least not in that book. I did get us into trouble in Rogue Spells, but it was for a good cause. Hopefully, you’ll agree.

But let’s swing back to our discussion on books for a moment to answer a pressing question.

What’s coming in 2022?
These are the books currently in the writing queue, waiting for a slot:

You may remember this story from our newsletter in 2018, but the novel will feature more action, drama, fantasy and villains than the original because that’s how we roll. So buckle up and enjoy the ride.

(Remember, I am not responsible for what happens in Curse Breaker Trapped. Don’t forget that!)

I go on innocent quest to discover what happened to the other baby dragon (not the one I’m am friends with) and run into enemies who have an ax to grind with Papa (Sarn).

This leads to an event you’ve been asking for. And Papa (Sarn) might get some overdue magic lessons with an unlikely teacher.

Robin finally has a mage (Sarn/Papa) to locate her lost daughter. But his mysterious friend came with him, and Shade doesn’t want them to succeed.

They destroyed the relic before it destroyed them but lost the mage they’d found (young Sarn/Papa). Now, they need to find him before the other hunters do.

Those are the books on deck. We don’t know which book the Scribe will work on after His Angelic Keeper Tempted, but it’ll one of those four, and the book after that will be another book from that list.

And that’s it for this week. We’ll be back with lots more next week. 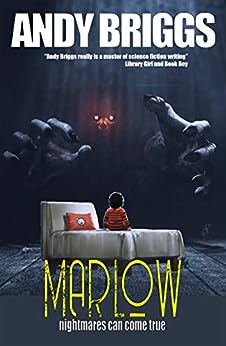 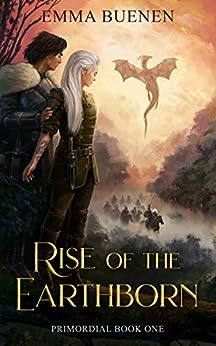 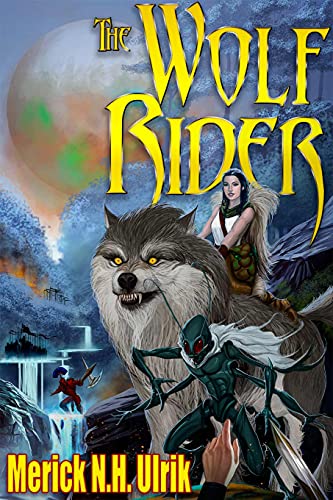 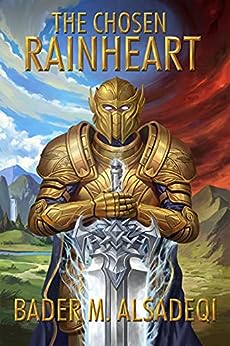