I’m back in your inbox with exciting news. (This is Ran, Sarn’s son, and chief page hog.) We sent Curse Breaker Trapped to our Patrons yesterday to thank them for helping to make the book possible, and wait for it.

We have an enchanted sea!

Somewhere beyond the borders of my home country. This sea isn’t on Jerlo’s infamous map. I’ve checked.

What does the Scribe say about it?

“The Star Sea is out west somewhere.”

So there you have it. We now have an enchanted forest and a magical sea. I didn’t know we had a sea, let alone an enchanted one, but it’s an exciting development.

Melinda posted the first ten chapters of an adventure story set on that sea. It’s called Ride the Darkness, and you can read them on Kindle Vella or our Patreon.

She wrote that Pirates of the Caribbean/Dragonriders of Pern mashup while her sister was still alive, and she gets sad when working on it. So Melinda will revise it and post chapters as she can.

She wrote that Pirates of the Caribbean/Dragonriders of Pern mashup while her sister was still alive, and she gets sad when working on it. So Melinda will revise it and post chapters as she can.

And to cheer herself up, she’ll work on books set in the country where I live, so I can appear in them. That’s a fair trade, right?

I thought so. That’s why I convinced her to post chapters from Curse Breaker Revealed on both our Patreon and Kindle Vella starting in July. Scribes need deadlines, and I want her to finish that book, so she can write another book.

But I don’t want her to notice that she’s finished it, so I can squeeze in some chapters that will have to be moved Curse Breaker Jousts. Aren’t I sneaky?

I’m only doing this because the Scribe plans to write Rogue Ranger or Mage Hunter after she finishes Curse Breaker Revealed, but I want another father-son adventure first. We’ll see who gets their way. You can always hit reply and help her decide which book to write next (hint: mine!).

Before we head over to the preview of Curse Breaker Trapped, which comes out on July 7, make sure you check out the Humorous Fantasy Bundle on StoryBundle.com/fantasy. It includes 13 books that will have you laughing your sides out and shaking your head at the antics of their heroes.

The books in the bundle make great beach reads. If you’re as disheartened by the recent news as our Scribe, then you could use a laugh. Let these 13 light-hearted fantasy tales whisk you off to a nobler, brighter place where good triumphs eventually, and evil is creatively and humorously trounced.

Part of the proceeds of this bundle goes to support the Challenger Learning Centers for Space Science Education. With the way things are going on earth, we may need to move to Mars someday, which makes this charity all the more important. Grab the bundle here, then come back because today’s preview stars me!

Ran squirmed out of Papa’s grasp, then sat there. The adventure had ended weeks ago, and all the monsters were gone. What did other heroes do in between adventures?

Papa slept on, tired from all the magic he’d worked last night. He at least had something to do when he woke up, but Ran didn’t.

Furball poked his side. “Do you want to play a game?”

“No.” Ran rested his chin on his knee. Papa had promised they’d go on an adventure soon, not a big one with scary monsters, but a small fun one, but he hadn’t delivered on that promise yet.

“Why not? We have some room to play.” Furball sat next to him and mimicked his pose. But they didn’t have that much room because Papa was so tall. He lay on his back with his long legs stretched out.

“We played all the games already.” And Ran didn’t want to play them again. He glared at the outer door, but it didn’t open.

That was okay. Ran had seen Papa, Nulthir, Uncle Miren, and the OwlCats leave enough times to know which runes opened the door. Ran glanced at Papa again. He could try to wake him, but Papa was hard to wake from a deep sleep.

The book Uncle Miren had read to him yesterday lay on the floor next to his uncle’s bedroll, but Uncle Miren wasn’t here. He was at something called ‘school.’ What was school?

Ran scratched his head. Had he ever asked his uncle? Had his uncle ever said? Uncle Miren goes to school in the library, and I know where that is. Ran rose, and excitement lit him up. The library wasn’t far from Nulthir’s flat.

“Why are you smiling?” Furball poked his ankle.

“Because I just had an idea, but we need to be quiet.” Ran put his finger to his lips as he scanned the back half of the rectangular room and grinned when he saw no other OwlCats besides Furball. They were all either sleeping in the other room or out doing interesting things. I can do interesting things too. And that thought made him smile.

“Okay, but what are we being quiet about?” Furball glanced at the sunlit window sill.

“Where are your grandparents?” Specifically the mind-talking one, Thing. Ran needed to avoid him until he reached the library. Uncle Miren wouldn’t send him away, but Thing was tricky.

“Grandma’s out. I don’t know what she’s doing. But Grandpa’s resting.” Furball waved to a nest of blankets and feathers, but its occupant didn’t stir.

Oh no, Thing was here, and he liked to make trouble. He might be asleep, or he might be listening to their plans. Ran blanked his mind for a moment, but his plan just popped back into his head. “What about your Momma? Will she come looking for you?” Ran whispered. That was the other danger aside from Papa waking up, but he didn’t look like he would do that anytime soon since he’d woken up earlier because of a bad dream.

Ran tiptoed to the corner near the outer door and pulled on his boots. Uncle Miren could tie them for him later. Ran stuffed the laces inside, so he wouldn’t trip over them. The boots were a bit snug anyway.

“I don’t think so since she’s asleep.” Furball shifted his weight from foot to foot. His father, an OwlCat named Yarn, was oblivious.

But Papa wasn’t. He’ll know I left the instant he wakes up. Ran bit his lip. He should stay and play a game with Furball, but he was so bored, and the library was so close. This school thing Uncle Miren attended sounded like the perfect mystery for them to solve. Ran swirled his cloak around his shoulders and fastened it. But Papa would be mad if he left.

“What are you two up to?” Crispin asked as he flew through the open window and landed on the deep stone sill. He was Furball’s uncle, and he was curious, like his father, Thing.

Ran stared at his boots and shrugged. There went their adventure. Crispin had mind magic too. He’d probably read the plan from his mind.

“Nothing, Uncle Crispin. We were just talking.” Furball spread his little furry hands and widened his eyes to look innocent. But that just made him look guilty of something, even though they hadn’t done anything yet.

Crispin dropped to all fours and mantled his wings. He was more cat-like than Thing, more agile, and nicer. “Are you sure about that?” He did that eyebrow raise thing adults sometimes did.

Ran nodded. He couldn’t tell a lie, but that didn’t matter because he didn’t need to. Ran grimaced when he realized he was dressed to go out. That made him look guiltier than Furball, and he squirmed.

Crispin leaped off the window sill and landed on all fours. “You can tell me. I can keep a secret.” He drew a cross on his chest.

“There’s nothing to tell. We were just talking about what to do this morning.” Furball shrugged.

“Then why is Ran wearing his cloak and boots?” Crispin waved to him.

Darn. That was the question he’d hoped Furball’s uncle wouldn’t ask. But Crispin had, and Ran needed a reason other than the one he had in mind. Unfortunately, he couldn’t think of one.

Furball gave him a speculative look. “Maybe he’s cold. He doesn’t have fur or feathers like us.”

“That’s true.” Crispin nodded as he considered that.

Ran just hoped Furball’s uncle would believe it. The mountain did get cold, but that was in the winter. Supposedly, it was summer now, but Ran hadn’t been outside in weeks, so he didn’t know if it was a hot summer or a cool one. Ran wrapped his cloak around himself and tried to look cold, even though he wasn’t. He just needed to convince Furball’s uncle, so he’d go away.

Crispin stared at him for a long moment. Uh-oh. He doesn’t believe me. Ran sought something else to say. The longer they stood here talking; the more likely Papa or Thing would wake up.

“Don’t you have something to do right now besides glare at us?” Furball stood to his full height, which was only about a foot tall.

“Crispin, are you back yet?” The other door opened, and Thistle poked her head out. She was Crispin’s mate, and the hungry cry of an OwlCat kit spurred him into action.

“Yes, I’m back.” Crispin ran toward his mate and forgot all about them.

Ran didn’t move until the door to the other room had closed, and Crispin was inside it and busy with his own little family.

“Let’s go now before he says something to Momma.” Furball rushed toward the door. 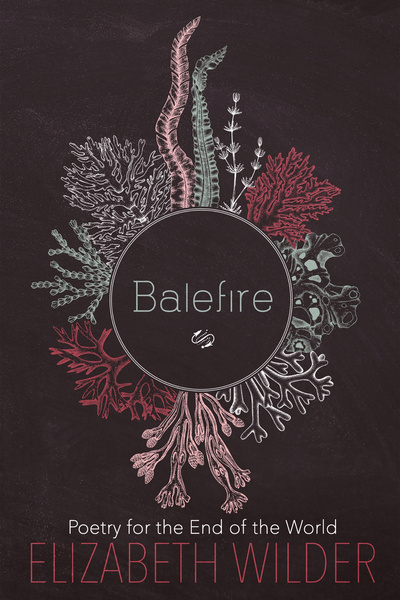