We hope you’re enjoying Curse Breaker Trapped. It was fun to star in it since my magic finally did something. (This is Ran, Sarn’s son.) I’ve used it in past books, but this was big and repeatable, and it’s something Papa can do. So that’s a win.

Did you know you can start reading Curse Breaker Revealed right now?

Yup. We’re publishing chapters to our Patreon and Kindle Vella as they’re finished. The plan is to release chapters from all our upcoming books. Once all the chapters are done, they’ll go off to the editor, and we’ll release them as ebooks, and paperbacks, and AI-narrated audiobooks.

Kindle Vella charges by the chapter, but our Patreon is one small monthly fee. For the price of an ebook, you can read the chapters as they are published and get a copy of the final draft sent to your inbox as a thank you for supporting its production. You can also comment on them, and ask questions. We hope you’ll consider joining our fledgling community on Patreon.

Why are we doing this?

Tthree reasons. Scribes need deadlines. It’s a proven fact. And we keep hearing that there are a lot of people who like reading stories one chapter at a time. So we’re offering a chance to do that.

This will hopefully lead to more page time for me. You do want that, right?

It’ll also help other characters to get some page time. I’ve been hogging the Scribe for a few months, but I’m not sorry about that.

Moving on, we also uploaded an 85-minute preview of the AI-narrated audiobook for Curse Breaker Faceted on YouTube. Check it out and subscribe to our channel.

We’re trying to get enough followers for a monetized account, so we can use the proceeds from it to pay for human-narrated versions of our books. Every follower helps us get closer to the minimum number we need to apply.

We also have a tier on Patreon for AI-narrated audiobooks, and any money earned from that will also go toward human-narrated audiobooks. Since the production costs are many hundreds of dollars per hour, it will take time to earn enough to start such a project. But we can dream about them in the meantime.

And now, I will return you to our preview of Curse Breaker Trapped for a special meeting we’ve all been waiting for.

The Angel at the Door

Straymos was lost for a while until gold light fell on him from the halo floating above her head. A woman in a poofy white dress appeared in front of the same door the Guard, the teenager, and the child had exited. She touched a symbol to the left of the door.

Was she Sovvan? She was tall enough to be, and she had long, dark hair, like Sovvan. But she didn’t turn or glance over her shoulder, so he couldn’t see her face. She just strode through the door opening before her, and it shut silently behind her.

I don’t think that was her. That woman was a full angel, and Sovvan was a ghost the last time we saw her, Mosel said.

“Maybe she became an angel.” Straymos could believe it. Sovvan was too pure and innocent not to become an angel eventually, and he wished he wasn’t a demon in a nonagenarian body.

Before Straymos could make another run at the door, Mosel reached for control and stopped him. Don’t. You’ll just hurt us. That door’s impregnable because of some magic I don’t understand. Sarn will come out. We just need to wait.

“What if that was Sovvan?” Straymos might have missed his one chance to capture her.

What if she wasn’t? You’re a demon outside Hell, and that woman was an angel from God. She could have destroyed you. I don’t want to lose you. Mosel tried to pull him back, but he wasn’t in control.

That was true, and it forced Straymos away from the door. They couldn’t take on a full angel and win. Fine. I’ll wait and watch. Even though he was sick of that. Straymos ground his teeth, but he let Mosel steer their body back into the shadows by the mounted archer statue to wait for Sarn.

“Sarn, I need to talk to you. Come on. Wake up, sleepyhead. This is important.” Sovvan grasped his shoulder and shook it.

“Sovvan?” Sarn opened his eyes. And there she was, sitting next to him like nothing had happened, a bright smile on her lips. She had long hands for a woman. They were almost as long as his, and they gripped his shoulder. Sarn didn’t remember falling asleep, but he must have because he had a strange dream. Ran wasn’t asleep in his arms anymore either. Nor did he hear the boy’s voice anywhere.

“Where’s my son?” Sarn sat up too fast, and his head spun as his head map appeared. Two white stars marked his son and his brother as he collapsed onto the bedroll in relief. Why were they both in the library? Sarn yawned so hard his jaw cracked. All that fighting with his magic earlier had drained him, but sleep should have fixed that by now, judging by the sunlight falling through the window.

“Calm down. Ran’s in the library with Miren and Furball. They’re researching those seals for me.” Sovvan shrugged like that was no big deal.

But it was. What if someone saw Ran? The boy didn’t know he was a secret, and all the damned Rangers lived on this floor, increasing the chances that someone would eventually see his son. No one would mistake the boy for anyone else’s child. Ran looked exactly like him, just in miniature and without the scars and glowing eyes. As soon as Ran opened his mouth, the similarities ended, and Ran liked to talk to strangers. What a nightmare.

“The library’s a safe place. Don’t worry. Miren will look after them.” Sovvan squeezed his shoulder, but that wasn’t enough. They had years of hugs to catch up on.

Sarn sat up and pulled her into his arms. It was like holding a piece of his heart because that’s what she was, the best parts of him wrapped in a bright smile.

Sovvan sat back on her heels, so he could see her face. “Did you see? My eyes glow like yours now.” Except her eyes were violet.

“I saw. I couldn’t miss that. They’re as bright as my eyes, and you have a halo too.” Sarn drew a circle in the air.

“Yeah, Ran likes to comment on that.” Sovvan squeezed him again.

“Did those angels find you?” Sarn thought she’d left to avoid them the last time he’d seen her. But he wasn’t sure because that was a week ago.

“Not yet. I had some help to elude them, but I can’t dodge them forever. Eventually, they’ll catch me and take me to the council of angels. I hope some angels I know are there.” Sovvan leaned her head on his shoulder. She’d avoid those angels for as long as she could. They were alike in that regard.

“I’m so glad you’re back. I missed you.” Sarn held her close and reveled in that closeness.

“I missed you too. I had to come back. We still haven’t talked, and there’s so much to talk about.” She punched his gut, not hard of course. But his earth magic wrapped around her fist and slowed it.

That was true, but she was here now, and Sarn didn’t feel like talking, but he supposed they should. “Where do we even start? We have fourteen years to catch up on.” And that was a daunting prospect.

Can’t wait to find out what happens next? Get Curse Breaker Trapped everywhere you buy books! 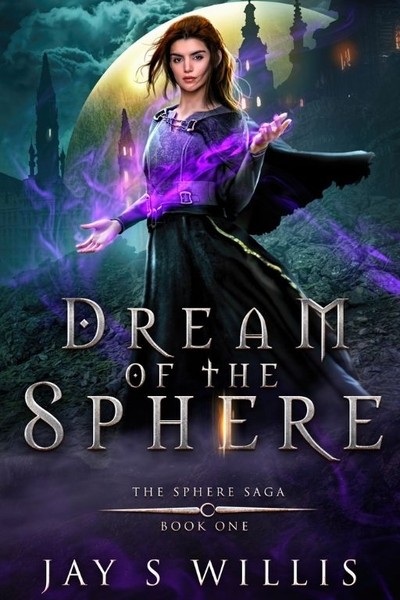 Before we head back over to our preview of Trapped,