Whatever you celebrated or are celebrating now, we wish you and your loved ones a very happy holiday.

I wanted to give you a special holiday adventure this year, but I did the smart thing before demanding my Scribe, Melinda Kucsera, write a new one.

What did I do?

I looked back through all our newsletters of the past to see what other holiday adventures we’ve had, and do you know what I found?

More than one unfinished holiday adventure!

Well, we can’t have that, now can we?

So this year, instead of a new adventure, we’ll finish an old one and publish it! So you can reread it like a normal story, without having to go through your inbox when you want to reread it because who wants to do that?

I don’t, and I’m betting you don’t either.

Which unfinished holiday adventure and am I pulling out of the the archive?

It was originally called Shards for His Present, and from my research, it published in 2018, then got interrupted by the release of Curse Breaker Sundered and for no reason I can find (and I looked high and low for one), we never went back to it.

Well, this holiday season, we won’t just go back to it, we’ll make it more magical, and Melinda will probably rewrite it because that’s what scribe’s do to unfinished stories.

I have one last thing before we dive into it. Oh yes, the first part is in this email!

I’m Ran your cheeky narrator, and I’m also the son of the man who puts the curse breaker in the Curse Breaker series. (Curse Breaker Books 1-3 is 99 cents right now everywhere, so grab yours if you haven’t already.)

Now on to my last thing because that wasn’t it.

Rogue Ranger is almost done. Melinda has one scene she’s thinking about adding at the end, and it’s done. All the chapters except for that one scene are published on our Patreon. Become a patron now, to read our stories as Melinda writes them along with notes about characters, the world and cool lore stuff, and you’ll get books too!

This year, we’re planning some cool things for our patrons to thank them for being there for us, and you can get in on that too. But we’ll talk about that more after the holidays.

And now I present to you the first part of a new take on story we promise to finish this time around.

Note From The Author:

Shards For His Gift

Ran opened the door, but the hallway was empty, aside from the statues frozen in fight sequences scattered about. They glared at him with glowing crystal eyes, but Ran ignored them because they did that everyday. Pairs of halo-wearing statues flanked the door too, but they weren’t fighting or staring at him. Those statues looked at each other, but they didn’t knock. So, who did?

Even if the knocker ran, they couldn’t reach the bend in the hallway before he got to the door, so he should have seen the edge of their cloak or the heel of their boots or some sign that someone was there. “Where did they go?” Ran glanced at the woman statue cradling a male statue that would have slid off her lap if he wasn’t made of stone.

Neither statue answered him. Ran listened, but he just heard a faint echo of footsteps in the main transept. I could go to the bend and take a look. But that meant leaving Inari and Nolo’s flat, and he wasn’t supposed to do that without Papa or Uncle Miren. I won’t do it. Papa got hurt real bad the last time I went out without permission.

It was my fault Papa got hurt. Ran gripped the door. It was an inch thick and made of the same stuff as Nulthir’s door, but it wasn’t wood. Uncle Miren said all the wood in Shayari was enchanted, and that was why the door wasn’t made of wood.

“What are you doing?” Nerule asked from behind him. He was Inari and Nolo’s son, and he was a bunch of years older than Ran and a bunch of years younger than Uncle Miren. But he seemed like a nice boy.

“I heard someone knock at the door, so I went to see who it was. But there was no one out here when I opened the door.” Ran swung the door wide open to show proof of his claim. “See?”

“I see. What’s that on the doormat?” Nerule pointed. He looked more like his dark-skinned father than his mother, but he was more talkative than his dad. Nolo brooded a lot. Inari didn’t though. She was always sunny and happy to see him, and some of that sunniness had rubbed off onto her son because he was smiling.

Ran spun and stared. There was a shiny blue box on the mat. A ribbon wrapped around the box, and someone tied it into a big bow that tickled his fingers when he reached to pick up the gift. “I never saw a box like that before.”

The gift must be for someone in the house, but who was it for? It’s probably not for me. Only a few people know I live here. None had visited, but Ran hoped Furball would since Nulthir’s flat was just on the other side of this floor.

“Who’s the gift for?” Nerule rounded the couch, but he left his door ajar. The mysterious gift was more interesting than finding out what was in his room, so Ran stayed in the doorway.

“I don’t know. I don’t know how to read yet.”  Ran pointed to the card tucked under the bow. “Can you read it?” Ran hoped so because otherwise he’d have to disturb Uncle Miren, and he didn’t want to do that. His brave uncle needed to rest and stop worrying about Papa.

I’ll worry about him since he got hurt to save me. Ran glanced at the door across from Uncle Miren’s. It was also ajar because he didn’t close it when he raced to get the door. Through that gap, light fell, but it wasn’t green because Papa must sleep or the wounds wouldn’t heal.  The light came from the window since Papa hated darkness.

“Yes, I go to school like your uncle. Let me see it.” Nerule accepted the gift and studied the card. “The card says it’s for you.”

Ran opened his mouth, but no words came out. For a moment, he knew how Papa felt when words failed him. “Who sent me a gift? Does it say on the card?” Because the only people who gave him things were in this flat. So they couldn’t have left it.

I only had two friends, Furball and Saveen. But they wouldn’t leave a gift and run. They would have waited until I opened the door and at least said hello and maybe came in for a cup of milk and a cookie. Inari always had cookies.

“Will you open it and see what’s inside?” Nerule held the box out. He was much taller than Ran, but that made sense since Nerule was like double his age or something.

“Yes! But it’s a pretty package, so I must be careful.” Ran hurried to the couch and left the door open.

Nerule closed it, then followed him. “Do you want help with that?”

“Sure.” Ran plopped onto the couch. It was nice living in a place with furniture to sit on. Their previous two homes, a damp cave in the Lower Quarters and Nulthir’s cramped apartment, didn’t have much furniture.

Another couch faced this one, but no one sat there now. A blanket covered the place where Papa bled through the red-stained gauze wrapped around his waist. A bad person stabbed him twice, Uncle Miren said.

But Ran wasn’t supposed to know that since he’d listened in when his uncle explained what happened to Nolo and Inari. Papa was unconscious and couldn’t explain anything. And he’s in big trouble because of me.

Ran stared at the box on his lap. It was taller and wider than his two hands side by side. “I don’t deserve this gift.” He put the box on the low table that stood between the couches and wiped the hot tears from running down his face on his sleeve.

To be continued next week. I promise.

In the meantime, get Curse Breaker Trapped and Curse Breaker Revealed to find out why I snuck out, who hurt Papa, and why we’re in Inari and Nolo’s flat. 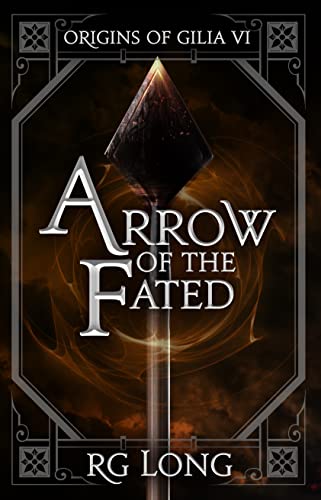