The rogues are coming! Are you excited? We are. Over the last two weeks, we’ve shown you the first chapter of Hunter’s Night, Robin’s debut book. It’s part of the Rogue Skies boxed set, which publishes on Sept. 17!

Important! If you want to get your hands on the free gift, Rogues Gallery, you’d better hurry because it’s only available until Sept. 17 then it’s gone forever. All the details are here.

Now that that’s out of the way, let’s talk about Robin, our newest heroine. She’s a warrior who could become the most skilled witch our world has ever known. Wow and I thought Papa had a grand destiny.

Well, that was Robin’s doing, not our Scribe’s. Melinda was going to write Robin in a different direction, but Robin had to go and oh, I can’t tell you that because it would spoil the first book for you.

Hmmm. We’ll have to rehash this after you’ve read Hunter’s Night. Okay, onto the next topic: the sequel!

Rogue Night is with the editor! As soon as it’s back, we can get to the fun part and do cover reveals, set up previews and get that all-important sales link created!

So watch out for that. Details to come! We’re also trying to get a slot with our cover designer for book three, which will be called Rogue Ranger and book 4, Rogue Rescue. Both will publish sometime in 2020.

We’re not sure when in 2020 since we’re still trying to get on both our designer’s calendar and our editor’s calendar. Oh, and our Scribe has to write both books, but they are planned for 2020.

Hunter’s Night, which is part of the Rogue Skies boxed set will publish on Sept. 17, and Rogue Night will publish sometime in Oct.

We’d like to get Curse Breaker: Hidden and Catch the Scribe, the first novelization of our very epic newsletter out in store. We have covers for both, so their release dates depend on how long our Scribe needs to write them, and when we can get them edited.

And now back to our *exclusive* coverage of Robin’s debut!

The Huntress slit the bag open, spilling woolen socks onto the canvas floor, but it stopped her next jab before that wicked blade could do more than graze Robin’s red leather brigandine. Robin grabbed a relieved breath when the Huntress frowned.

“Having some trouble?” Robin asked when the Huntress couldn’t jiggle her blade free. Now, that was more like it. Robin smiled. The Huntress’ knife was caught on something inside the rucksack, so Robin shoved the sack at the Huntress’ face, and the back of the creature’s hand thwacked her pert little nose.

“Yeah, yeah, cry me a river. It’s just a little nosebleed.” And maybe a broken nose too, but Robin wasn’t sure about that since her opponent wasn’t completely human.

Robin chucked another bag at the Huntress to keep her off balance. The bassinet was nowhere in sight, but Rosalie was here somewhere. She must be. The tent wasn’t that large. So why hadn’t she made so much as a peep since the fight had begun?

“Rosalie?” Panic bloomed in her chest, as Robin shoved another bag into the path of the lunging Huntress. It was half the size of a person and just as wide. When the Huntress dodged it, her hooves caught on a tangle of wet clothes Strella must have stripped off after her watch, and that deer-woman went down. Good, maybe she’d stay tangled up for a little while. Robin nudged her traveling companion again in passing. “Get up! Death’s here for a dance, so let’s give her one.”

But Strella didn’t rise from her blankets at that stirring speech, nor did the large lump under the blanket budge when Robin shoved her a third time. Where was Cat? Was she still fighting out there? How many more of these creeps were there?

In answer, the wind screamed through the mountain pass and pummeled the tent again, ripping one of the tent poles out of the ground. Robin wrestled with yards of unruly canvas as the tent suddenly embraced her. The Huntress crouched, making a smaller target for the wind-whipped canvas to strike until the wind calmed. When it did, the tent listed to one side. One more blow would knock it down then Rosalie would be unprotected against the elements.

The Huntress remained hunched and partially hidden by the sagging canvas. She withdrew a second knife from her sheath. Where was the first one?

“Nice knife. I’ll take it from your cold dead fingers.” Robin shoved loose canvas out of her sightline.

“I’d love to see you try.” The Huntress extended a forked black tongue and licked her blade. The bloody thing had canine teeth running along its edge, and it looked as hungry for her blood as its wielder. Oh goody, not only would she die, but she might end up on the menu tonight.

“What the hell have I gotten myself into now?” Robin wondered aloud. She thought she’d left all her troubles behind when she’d lit out on the trail seeking a new life. Apparently not.

Cold seeped through Robin’s clothes as she fumbled through her gear for a weapon or something to throw—anything would do. Her bow case would be great right now. It was wooden and as long as a quarterstaff. Where was it? Her numb fingers turned up baby paraphernalia but no bassinet, baby or bow case. Damn it. Where were they?

The question hung between them while Robin’s thoughts spun in a tight, terrified circle. She shut down that line of thought before panic turned her into a gibbering wreck and tossed three dirty diapers and a rattle in quick succession. The Huntress dodged the cloth poo-bombs but caught the rattle and did a suggestive hip wiggle before pocketing it. She smirked at Robin, and her eyes glinted in the half-dark.

Robin swallowed, and fear burned all the way down to the worried fist clenched in her belly. “Where’s my daughter?”

A heavyweight slammed into Robin, knocking her down onto her belly as a new combatant barreled into the tent, collapsing it. A second and a third creature followed him, and several hooves stepped on her back before Robin could roll out of the way. Only the tough leather of her brigandine kept those hooves from biting into her flesh.

Pain lit Robin up, but it was a dull roar compared to the fear for her daughter squeezing her chest. Please don’t trample her. She’s just a baby. Robin tried to throw her arms over her head to shield it, but she was all tangled up in the canvas. Something hard collided with her head, and the world winnowed away as an ululating war cry rang out.

“Strella? Did you finally get up?” Robin tried to ask, but everything faded to black before she could get the words out. Forget me. Save my baby. Robin sent that wordless plea into the darkness to anyone who was listening. Then, she finally passed out.

You can grab Hunter’s Night now for 99 cents, and get 24 books with it by pre-ordering Rogue Skies. ***Rogue Skies will ONLY be 99 cents until Sept. 21. If you grab a copy now until Sept. 17, you can also get Rogues Gallery for free with proof of purchase (a screen shot will do). 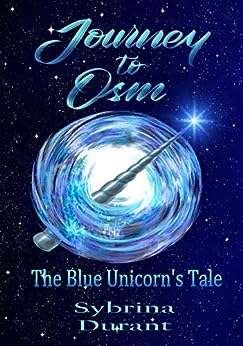 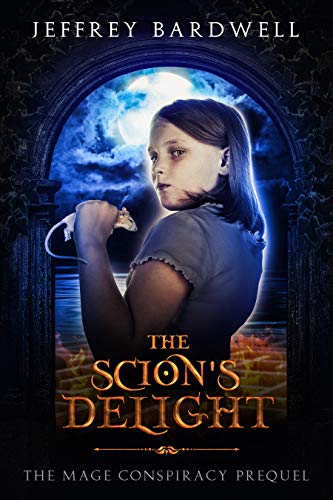 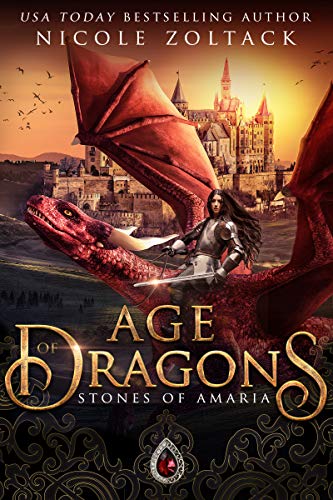 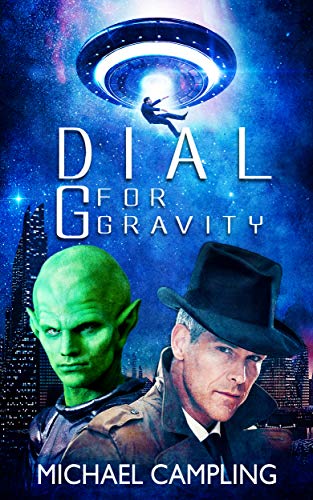 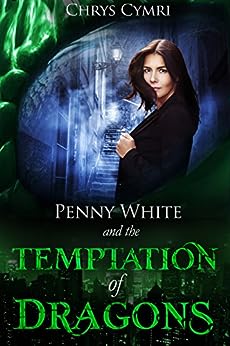 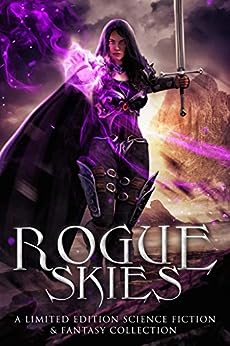 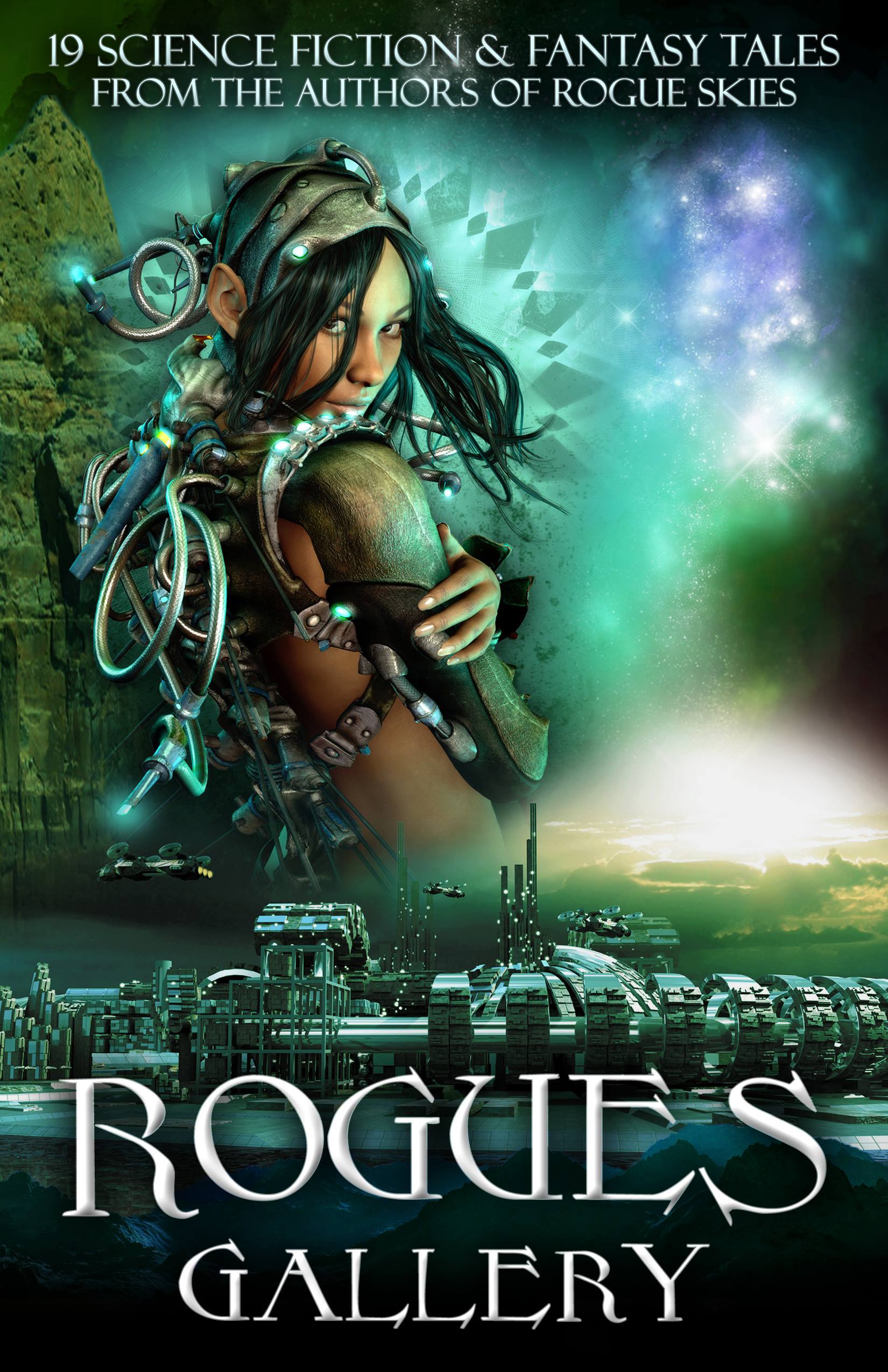 One thought on “The Rogues Are Coming!”