It’s here! Rogue Night is live! Unfortunately, book 1 is not on Amazon yet because we still need a letter from the publisher of Rogue Skies letting Amazon know they can let us publish it. However, we have permission from the publisher to sell book 1 ourselves while we wait for that all-important letter.

We were supposed to have that letter in hand by now, but we don’t, so we put together a workaround. You can grab Hunter’s Night in ebook by clicking here. It will take you to Bookfunnel, where you can pay securely through PayPal. You will be redirected once you’ve paid back to Bookfunnel to download your copy of Hunter’s Night, the first book in Robin’s epic adventure series.

All purchases go into a fund to pay for editing of the next book. Please recommend us to your friends and family!

And now back to our coverage of:

Under their gray veil, Shade smiled. Now, if only that girl would go away and leave their angel alone. Shade had lied about not hearing what she’d said and had heard every word. That troubled Shade.

For Shade was not alone under their cloak and veil, and Shade’s other personality had powers of its own that were quite unlike anything Sarn had. Shade would use all of them and more to keep their emerald-eyed angel away from that girl, Robin.

There was a glow about her that reminded Shade of Sarn, and Shade hated her for that. Years ago, Shade had traded the light for the dark and a chance to save their green-eyed angel.

“I’m not sorry,” Shade said, but Sarn was out like the light in his eyes. “You belong to us, and we do not share.” Darkness filled Shade’s eyes and under their veil, their scarred face stretched as the dark thing bonded to Shade’s soul peered out at the world with hungry eyes.

“Feed me,” it said in a gravelly voice. “I hunger for magic, for light.”

Shade pushed that other personality down before it could try to feed on their angel again, but it resisted. Without that white powder and its hallucinatory properties, to keep the darkness at bay, Shade couldn’t send their dark passenger to sleep. But that powder left Shade strung out, and Shade needed to be in top form right now.

Maybe a little power would be okay just to push their passenger down. Surely, a little bit wouldn’t impair their mind too much. Shade ran shaking hands over their gray robes, seeking the last vial of aliel powder, but it was gone, and there wasn’t time enough to get more of that potent hallucinogen.

Shade glanced at the love of their life with regretful eyes and extended a gloved hand to take some of the light that only they could see. A little more wouldn’t hurt Sarn. It would just make him sleep until that woman left.

Just the thought of her called forth the darkness Shade was trying to drown out with light. “I’m sorry, my angel. Forgive the theft.” Shade laid a protective hand on their angel’s chest atop the heart Shade had never been able to claim and drank deep of his magic.

“Are you sure that’s right?” Hyntra turned the spell-marked cloth in her hands, then tilted her head to get the correct perspective. But the swirly design Dressen and the others had traced on the ground with sharpened sticks still didn’t look right in the golden glow of the Haven.

A giggle interrupted her musings then a baby crawled through the design, blurring its lines. He had laughing green eyes and dimples, and she’d lost count of the number of times he’d escaped the Hunters who were supposed to be minding him. Hyntra pointed at the baby speeding on all fours toward the curtain of gold light that walled in this valley and kept it a little too warm for comfort.

That shield fascinated the baby so much; he couldn’t get enough of it. Every chance he got, he raced over to pat it, and, in the process, he messed up the designs covering most of the valley’s floor.

“It wasn’t me.” Dressen avoided her angry gaze when she turned it on him and shrugged his rugged shoulders, which were nicely furred. So were his chiseled abs and under his leather loincloth, his legs too. They ended at a pair of silver hooves just like hers.

Hyntra suppressed the urge to run her fingers along his antlers. He had a full rack as a proper buck should, but she seethed anew when that meddlesome baby took it into his head to crawl along the shield kissing it. He’d erased part of the outer circle and circumscribed the design she needed for the spell to work.

“I don’t care whose responsibility it is. Someone needs to corral that baby right now.” Before Hyntra did something she’d regret. If only she could use her usual prey to power this particular spell. But no, that would be enjoyable, and this undertaking had been nothing but constant headaches, and that baby wasn’t helping matters.

“I’ll fetch someone.” Dressen trotted away before Hyntra could order him to pick up that baby.

“Watch where you step. If you so much as smudge as single line, I’ll have your head.”

“Yes, Huntress,” Dressen said without a backward glance. He did as she’d asked, but he didn’t slow his pace. Nor did she blame him. Hyntra didn’t want to touch that drooling child either.

She reminded herself she needed that smelly little brat as she squeezed the spell. Hyntra had collected two of the four babies the spell in her hands called for—the mage’s son and the witch’s daughter. Why couldn’t he be as quiet and as little trouble as the witchling?

If the other two babies she still needed to collect—the shapeshifter’s child and winter’s favorite son—caused half this much trouble, then she’d better get as much done as possible before going after them.

A female faun rushed past; it was She-Anne. The faun girl took care not to step on any of the carefully drawn lines in the dirt in her mad dash. But she made too much noise, and the baby charged into the foliage on a zigzag course that obliterated more of the design this spell called for, giggling all the while as if this was the most fun he’d ever had.

Hyntra suppressed a scream of rage. It was almost as if that little annoyance knew he was messing up her plans. But, how could he? He wasn’t even a year old yet. But he was the son of a mage, maybe that had something to do with it. Hyntra wished she knew which mage was his father, so she could punish him for siring such a little imp.

“Why can’t someone catch that kid? He’s just a baby.” Hyntra still couldn’t believe the trouble one small human could cause. Her Hunters outnumbered him fifty to one, but that baby kept eluding them, and it drove her mad. She had designs to fix and a trap to set just in case the angel who guarded this place got any ideas about stopping her.

That angel was the wildcard in all this. For now, she had his tacit approval to stay here and do what needed to be done, but that would only last as long as he didn’t know what she was up to.

“Will someone please catch that baby?” Hyntra ground her teeth as that green-eyed little imp sped past, chased by two fauns. His churning arms and legs smudged out more sections of the design, and she screamed in frustration because every time she got a piece correct, he rubbed it out, and she had to start all over again.

We hope you enjoyed this preview. Get Rogue Night now! Read it free on Kindle Unlimited. 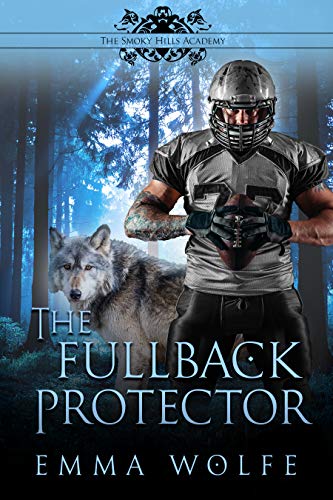 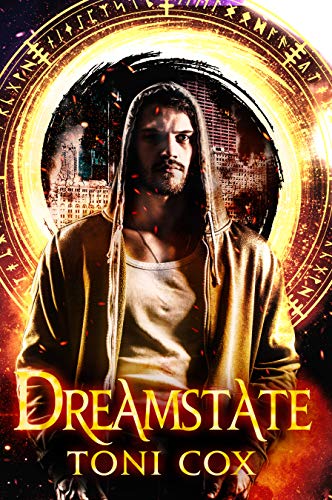 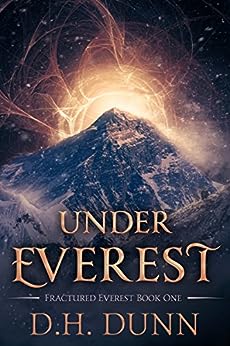 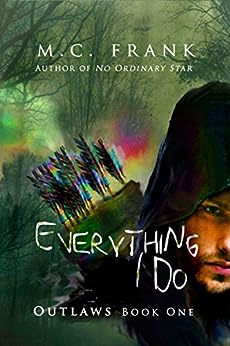 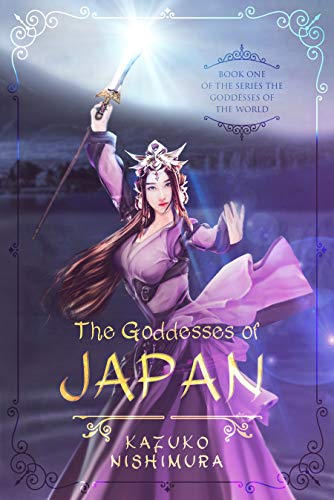 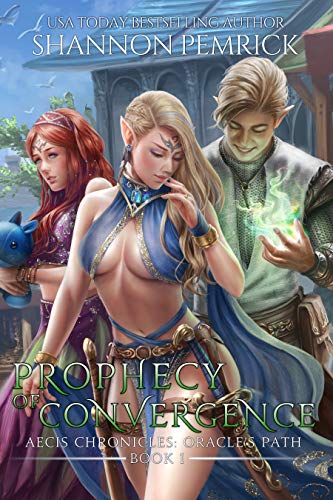 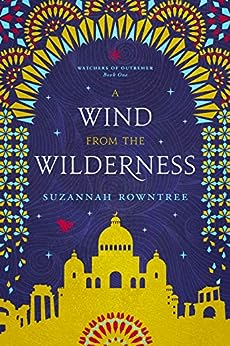 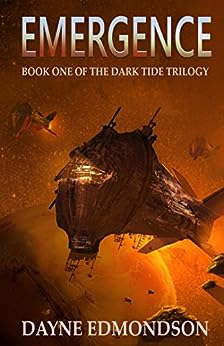 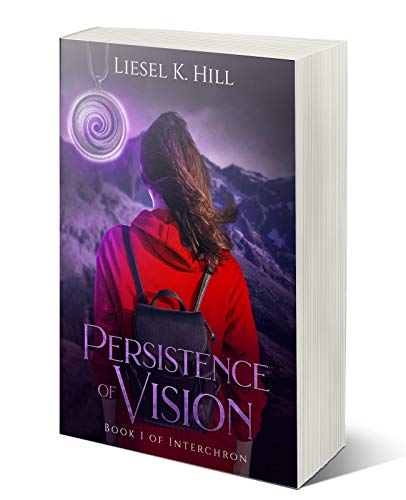 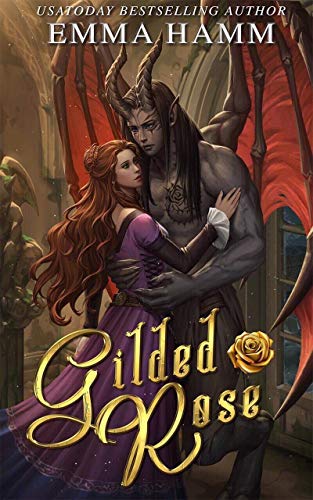 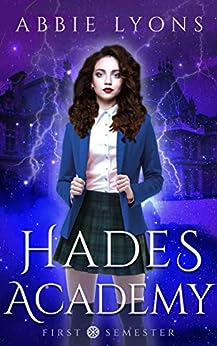 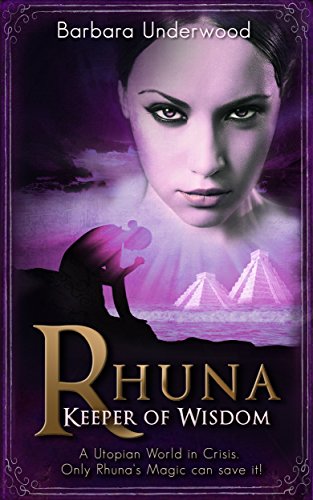