Sleigh bells ring.
The dark lady sings.
Destruction, she brings.
But she’s not our King.

Okay, I’ll stop with the rhyming now. 🙂 This is Ran, Sarn’s son. Before we jump back into our holiday adventure, I want to deliver an update and an apology.

First the apology. I’m sorry if I gave you the wrong impression last week. Curse Breaker: Hidden, the sequel to Curse Breaker: Sundered will hit your kindle as soon as it’s done. Hopefully, that’s sometime in Feb, but if not, then March.

March is our line in the sand. We will find a way to defeat the black lumir and the tentacle monster by then even if we have to kidnap our Scribe and lock her in a tower with wi-fi, so we can email you. 🙂

We do want to put out a book about our newsletter adventures, but that will be after Curse Breaker: Hidden, but maybe not directly after. In the past, my baby self needs to get saved. So Rogue Ranger, book 3 of the Robin of Larkspur series, might have to follow Curse Breaker: Hidden. Our Scribe feels bad that I still haven’t been rescued.

Then I *might* want to go an unsupervised adventure with some magical creatures. I have to discuss that with the Scribe. 😉 She might want to finish rescuing me in the past before she lets me get into more trouble and start a new story arc in the present. We’ll see.

Also coming in 2020 are three adventures featuring Nulthir before he was the captain of the Guards at Mount Eredren and his creature friends. Those stories will be featured in Hidden Magic (March 2020), Wayward Magic (April 2020), and Forgotten Magic (May 2020). All three are all up for pre-order now.

We’ll have more details about all three as their publication dates approach. I *might* hang out with these creatures in a forthcoming book. That’s the only spoiler you’re getting for now. Sorry.

Also on deck for sometime in 2020/2021 is Mage Hunter, (the sequel to Relic Hunter) and His Angelic Keeper: Hidden.

It’s time for Auntie Sovvan to go back to her own books (the His Angelic Keeper books) and solve her own problems (after she helps us in Curse breaker: Hidden. That’s a priority). She needs to earn her wings and stop all of reality from unraveling or doing things that might jeopardize my existence.

This is very important since her books are concurrent with mine and Papa’s. We’re sharing a timeline. So her misadventures directly affect me, and that’s kind of scary. 0_o

And last but not least, we would like our Scribe to get one episode of our newsletter adventures out as an ebook. To help with that, I compiled all our adventures from the last ~3 years and tried to put them in some kind of order.

I noticed that our adventures from spring of 2018 to the present are more complete, and I found our earlier adventures were more episodic. They tended to jump all over, and they had plot holes (gasp). But we didn’t know what we were doing then, so they need extra scenes to fill in those holes.

I like extra scenes. But our recent adventures don’t need that many extra scenes because they don’t have as many plot holes since J.C. started popping up in them. He’s very particular about that. So you see our dilemma.

Do we fix the earlier adventures and put them out first then the more recent ones or vice versa? Or does it not matter because they’re standalone adventures? What do you want?

While you think on that, let’s get back to our holiday festivities. This week, Hunter’s Night is on sale for 99 cents from Dec. 16 until midnight on Dec. 23 in the US and UK Amazon stores.

When the purple light faded, we were still in the parking lot, and it was still crumbling away underneath us. Uh-oh.

I grabbed hold of Papa even though he had a firm grip on me both with his long arms and his magic, and I took firmer hold of Bear. Since Bear was all head, my arm ended up around his throat. But he’s a ghost, so he didn’t need to breathe.

“Run,” Uncle Miren shouted as he limped away from where we’d landed—right in the middle of the collapsing parking lot next to a growing fissure.

“Run where? Everything’s falling apart.” But no one was listening to me, so I just held on to Bear as Papa sprinted for the giant rubble pile that was our Scribe’s apartment building before that dark lady and her eight evil dragons showed up.

She was still up there, riding high in the sky on her cool red sleigh laughing up a storm. Were the clouds circling the black portal she’d arrive through? Uh-oh, they were. That couldn’t be good. “Um—” that was all I got out before Papa leaped over a hole that was wider than he was tall.

His boots glowed green with magic, and it bent his trajectory, ensuring he stuck the landing on the other side. Rocks rained down into the hole behind him as he took off again. I hung on for the ride. Papa was a born runner with long legs perfect for jumping over cracks and expanding gaps.

But Uncle Miren wasn’t a runner, and he was falling behind even though he was limping as fast as he could. Soon, there wouldn’t be any parking lot left, just a big crater, and it would swallow my beloved uncle if someone didn’t do something. I wouldn’t let that happen.

“Papa, help him.” I tapped Papa on the shoulder as a gray blur rushed past me.

“I will.” Papa slowed, and a flood of magic washed out of his booted feet. That green glow rolled over the gaps as if they weren’t there and sped for my teenage uncle, but it wouldn’t arrive in time.

The ground under Uncle Miren teetered then dropped away, and he flailed about, seeking purchased. “Help me!”

“Hold on!” Papa shifted his grip so he could extend one hand and sent his magic out in a brilliant streak to grab hold of my uncle, but Uncle Miren was gone.

“I’ll get him,” said a gray blur as it grabbed hold of Papa’s magical—um rope? —and dove off the cliff after Uncle Miren. The blur sounded a lot like my aunt.

“But—” I started to object, but Auntie Sovvan was already gone. “But she can’t fly.”

“I know.” Papa crouched by the hole, and green glowing army of ants rushed over the edge, and I swear they giggled. His magic really liked rocks.

I just hoped his magic reached my aunt and uncle in time. I liked having them around, even if they did steal the words right out of my mouth at times. They kept me on my conversational toes. But as I stared into that hole, all I saw was a never-ending darkness and a green light sliding deeper into the hole. There was no sign of my aunt or my uncle.

To be continued next week as our blockbuster holiday adventure continues. Please forgive any errors. Our Scribe wrote most of this week’s adventure while at the Urgent Care Center.

Her throat was swollen, and she was having difficulty swallowing. I made the mistake of asking Google what to do to help her, and it returned some scary results. I then told Papa, and we packed our Scribe into her car. She had to drive though because fictional characters don’t mix well with heavy machinery.

Then we waited hours for someone to look at her throat and confirm that we weren’t imminent danger of losing our Scribe to some unpronounceable thing the great and terrible Google had returned as a possible cause. Our Scribe is okay. They don’t know why she’s having trouble swallowing, but her throat, glands and other fleshy bits look okay. So maybe it’s a cold in her throat.

Do throats get cold? I better find her a scarf… I hope you have a great week!

Don’t forget Hunter’s Night is on sale for 99 cents in the US + UK from midnight on Dec. 16 to midnight on Dec. 23. It’s also in Kindle Unlimited for your reading pleasure. Grab your copy now. 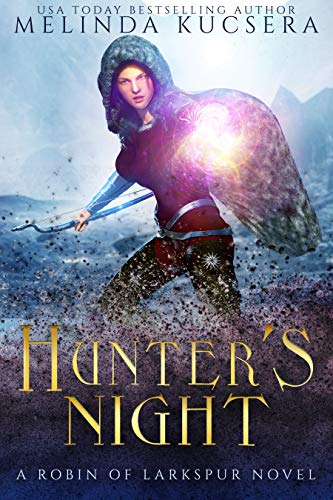 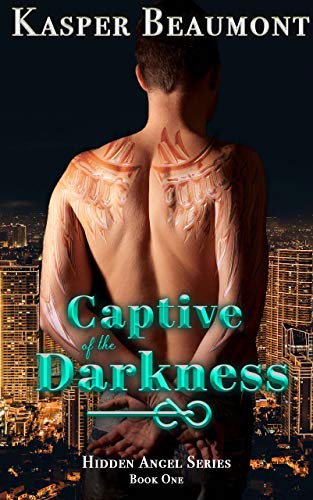 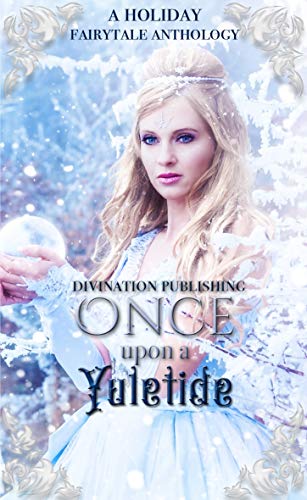 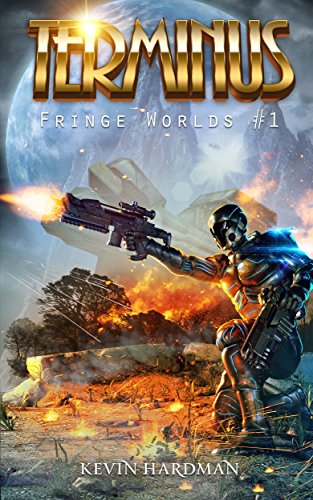