We have good news! Hunter’s Night has a new cover that better matches the rest of the series. If you already have a copy of the ebook, just ask Amazon to update your copy with the new cover. The paperback doesn’t have the new cover yet because the designer is still working on it. We expect to have that by the end of next week.

Second, Hidden Magic is at the formatter! It’s coming soon! But there might not be 22 stories in it. 😦 One of the authors messaged our Scribe to say she can’t contribute to the sequel anthologies. 😦

Melinda is hurt, but I’m mad. (This is Ran, your lovable narrator, and the son of Sarn, the Curse Breaker.) Melinda put all her other projects aside (except her full-time day job because she needs a paycheck) to write for and manage this trilogy of anthologies including a book about me and one about Robin. (Robin is also upset, but the new cover mollified her a little. She didn’t think the original one did her justice, but I digress…)

So we’re a little bummed this week and in need of a distraction. Thankfully, I have just the thing. 😉 And now, without further ado, I return you to our current adventure for more fun and mayhem. Last week, I fell behind. 😦 Do I catch up before the ground crumbles away beneath me? Let’s find out!

As Papa passed me, his magic pushed against my back in a vain attempt to get me to run faster. But there’s only so many steps my little legs could take per second, so the much longer legs of my companions soon had them outdistancing me.

They would come back for me, wouldn’t they?

Tears stung my eyes. Before they could fall, a strong pair of arms looped around my waist and lifted me up. Bear once again ended up squashed between me and the hard wall of Papa’s chest. Bear didn’t complain, but I tried to give him a little breathing space.

Behind us, the ground collapsed as Papa’s magic kept pace with us. It was shining green disk pacing us, so my companion’s had something stable to run on. Ahead, a man waved to us, and I recognized his white robe and tanned every man’s face.

“It’s J.C.!” I smiled for the first time since everything had gone haywire. He would know how to save our Scribe.

“Hello to you too, Little One. Come this way.” J.C. waved as he rounded the two-story-tall rubble pile and disappeared around the side of it. J.C. looked like a blend of everyone I’d ever met and probably a few I hadn’t. If I squinted at Him, His white aura was almost visible. But I didn’t. I was just glad to see his friendly face.

But where was He going? J.C. seemed to be heading back toward where our Scribe’s apartment used to be. Why would he do that? The ground was extra unstable back there. I opened my mouth to point that out, but J.C. called out again.

That statement raised a lot of questions. What didn’t we have time for? Would our fictional world collapse if we didn’t get Melinda back? I shivered and burrowed into Papa at the thought of losing everyone I knew. Bear would just have to make do with being squashed. I needed to be close to Papa while tears pricked my eyes again.

To his credit, Papa picked up on my emotional distress right away despite the phenomenal amount of magic he was working to keep us safe. His grip changed as he cradled me against his chest. All that wielding was starting to take a toll. Lines of strain bracketed his eyes and mouth, but Papa staggered on, holding me tight. He wasn’t even trying to keep up with the others.

I touched the lines of strain around his mouth. “Let some of the magic go. You can’t hold everything together. Just put a bubble around us. That should be enough to keep us safe.”

Papa could hold a shield for hours on end. His magic particularly liked shielding, but he shook his head. His green eyes were pools of green fire and pain. “I can’t. It’ll all fall if I let go. I’m holding it all up.”

I shrugged. “Then let it fall. Just hold us up. We’re almost there, right?” That last part I directed to J.C.

“Yes, just a little further, and you can rest a bit.”

Papa’s knees buckled, but he held tight to me. Auntie Sovvan rushed to his side and pulled him up.

“I suggest you take my very smart nephew’s advice.” She gave me a nod, and I reached for my Uncle who’d limped over to join us. “Let Miren carry him. I’m strong, but I’d rather not test that strength while you’re holding my precious nephew.”

Uncle Miren held out his arms to me, and I went to him without complaint. His arms were rock solid from years of using crutches to get around, but Papa’s arms had started to shake violently.

Uh-oh. That was a bad sign. Papa had strange fits when he wielded too much magic. Was he on the verge of one now?

Auntie Sovvan pulled Papa’s arm over her shoulder and clamped her other arm around his waist. “Okay, bro, you stagger, and I’ll keep you standing.” She nodded to J.C. “Lead on.”

“It’s not much farther.” J.C. pointed at an unremarkable section of rubble.

“Where are we going?” I asked before Uncle Miren could. He closed his mouth. I’d won this round. Things were looking up.

“Right here.” J.C. stopped three-quarters of the way down the pile, about where Melinda’s apartment used to be, and started digging around in the debris. The ground was curiously solid here, but it wasn’t Papa’s magic holding it up. His power was retreating into him, and he breathing raggedly, but my aunt was keeping a sharp eye on him.

“Why isn’t it breaking up like it is on the other side of the pile?” Uncle Miren took the question right out of my mouth. How rude.

“That’s my doing. Hurry up though because it won’t last.” J.C. pulled on a large rock then let it go when a green glow wrapped around it and lifted it. He should really consider trading those flimsy sandals for a nice pair of steel-toed boots or the dusty sneakers we’d just uncovered.

“Thank you.” J.C. gave Papa a nod of appreciation. “But shouldn’t you rest? You look like you’re about to pass out.”

“You’re welcome.” Papa’s eyes rolled back in his head, and he would have collapsed into a boneless heap if Auntie Sovvan hadn’t been holding him up.

We’ll find out next week when our adventure continues. Until then, this is Ran, son of Sarn, and his Scribe, Melinda, wishing you a great week! 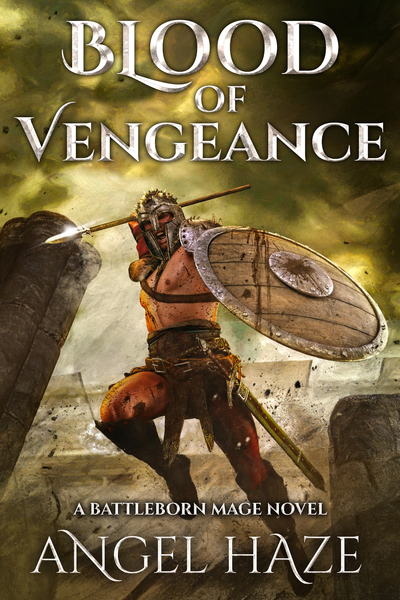 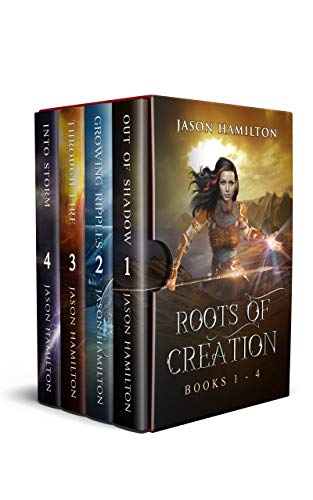 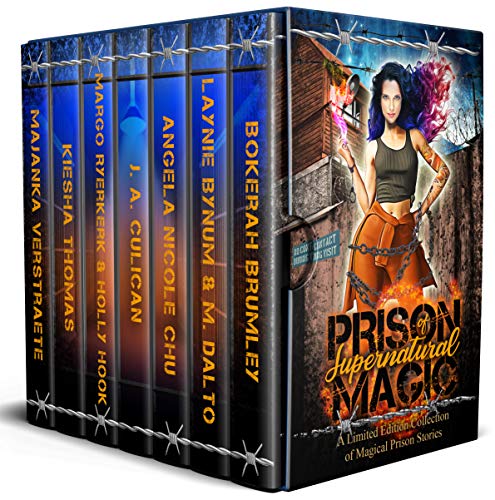 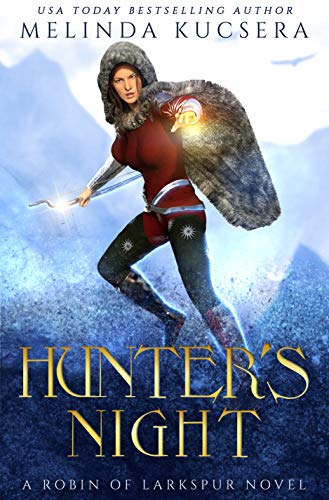