We’re back in your box for another adventure. This is Ran, your host. I’m the best sidekick in the history of sidekicks, and I shall prove it in this week’s preview of Curse Breaker Hidden.

But before we get to that, I want to give you a look at some art we have in development because I am so excited about it! The Curse Breaker series is about to get even more exciting!

Our Scribe is experimenting with some cover concepts. She wants the next story arc to look more epic since there will be more action, adventure, monsters, and magic in the next story arc. And she wanted the covers to go back in the direction the cover of Curse Breaker Enchanted took.

We really love that cover. We like the ones that came after it too, but we feel like the latest cover (for Curse Breaker Trapped) has gone too far in the wrong direction. So our Scribe started working on these:

These titles are character-approved and final. We’re still arguing about the titles for the books following Curse Breaker Unleashed (sequel to Curse Braker Jousts).

What do you think of these cover drafts?

And now that I have the pleasure to return you to our preview of Curse Breaker Hidden.

A warm finger traced something on his forehead. “Is it safe to rest here?” Ran asked.

“I think we’ll be okay for a little while.” But without his other magic, Sarn had no way to tell. That thought alone should have jolted him back to wakefulness, but he couldn’t move even if he’d wanted to. His muscles were leaden, and the edges of his vision were beginning to darken. His mind was shutting down for a while, and so was the rest of him.

Ran flopped down on Sarn’s chest like he was a human mattress and curled up. “Oh, can I rest too, or should I keep watch for monsters?”

The question was nonsensical enough to wake Sarn up for a moment. What on earth was his son talking about? Sarn tried to focus as he hugged the boy tight to keep Ran from wandering off. The question was important, but it slipped away as his eyes shut. Sarn rubbed his closed eyes with his free hand, but that had no effect on the growing fuzziness inside his head. It felt like someone was shoving handfuls of wool in there to gum up the works.

“The monster we’ve been trying to stop. Bear helped us last time we fought it, then you lost your magic, but you got some back. You got hurt then too. Don’t you ‘member, Papa?”

But the darkness came for Sarn before he could respond. He had a vague memory of everything Ran had just said, but it faded as the darkness took him away.

A dark-haired girl fell through the ceiling and landed on his desk and woke Jerlo up. He must have dozed off while waiting for Sarn and Nolo to show up. For a moment, Jerlo thought he was still dreaming. Women didn’t usually fall through the ceiling. She was incorporeal at the time of her fall, so the ceiling remained as pristine as it was before her unorthodox entrance.

“Oof,” she said as her transparent rump passed through the piles of papers on his desk without disturbing them. “Sorry to drop in like this, but I didn’t have a choice.”

Jerlo shoved his chair back as the girl fell through his desk and sat on the leather top of a dragon-shaped footrest. Its lumir crystal eyes blazed with orange light as the girl swept her dark hair out of her face. Her hair had been braided, but that braid was in tatters now, and so was she. Her gray eyes widened as she stared right back at Jerlo in shock.

“You can see me?” She grabbed his hands and squeezed, proving she was quite real, not a dream as he’d hoped.

She had long fingers for a woman, and they were strong too, but not calloused. This girl wasn’t a warrior. Was she a mage? Her eye color could indicate magical power. They didn’t glow, but she had passed through the solid stone ceiling like it wasn’t there. That wasn’t something normal folks did. But that wasn’t what had Jerlo staring at her in shock.

“Of course I can see you. Who are you? How did you pass through solid stone?” Jerlo pulled his much smaller hands away from her.

“I’m Sovvan. Your second question is harder to answer because I’m some sort of hybrid.” Sovvan shrugged, then attempted to sit up until he stopped her just inches from the bottom of the desk. She was all arms and legs like someone else Jerlo knew.

Jerlo kept his hand by the edge of the desk to prevent her from hitting her head as the girl crawled out from under it. When she popped to her feet, she was tall, well over six feet at a guess. She towered over him since he was about five foot nothing with boots on. In fact, she looked like—oh no. Oh God, please no, not Sarn.

“Why are you staring at me?” Sovvan smoothed her ankle-length dress. “Is there something on my face?” She rubbed her face then glanced over her shoulder. “Are my wings showing?” Sovvan stopped moving when he just kept staring.

His mind refused to accept the possibility of her being related to Sarn. He had to ask, but when Jerlo opened his mouth, nothing came out.

“What is it? What’s wrong?” Sovvan tugged at her sleeves.

“You look like someone I know.” Jerlo didn’t recall standing up but he must have because his legs had just buckled and dumped him back onto his bureaucratic throne. He gripped the dragon-head shaped armrests and felt a bit steadier. His answer relaxed the girl enough for a laugh to break through her apprehension.

“Oh, is that all? I thought my wardrobe had malfunctioned. I’m glad it didn’t.” Sovvan waved off his rudeness with another laugh, then sobered. “You said I look like someone you know. Would that person be a tall, brooding fellow with glowing green eyes who goes by Sarn? If so, could you tell me where to find him?”

“Are you two—” Jerlo let his voice trail off. He couldn’t bring himself to ask if they were related. He desperately wanted them not to be. Sarn didn’t need any girls in his life.

“Are we related? Yes, I’m his long-lost but recently found sister. It’s all rather complicated.” Sovvan fiddled with her sleeves. “So, you don’t know where he is?”

We’ll be back on Monday with more! 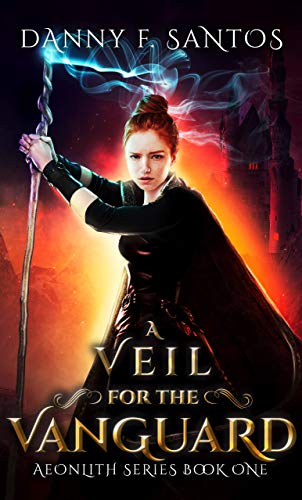 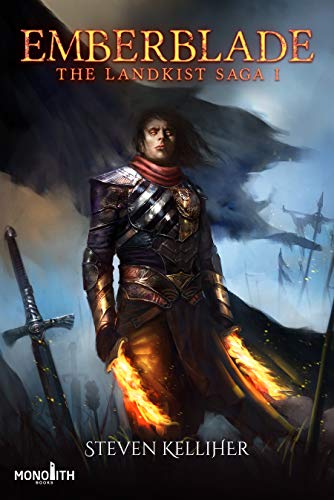 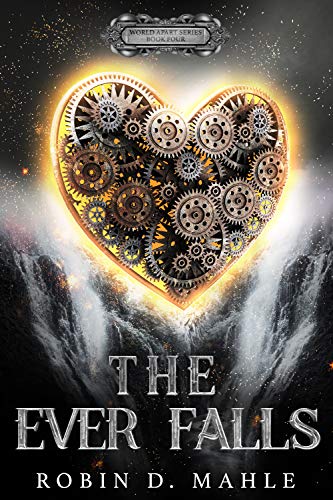 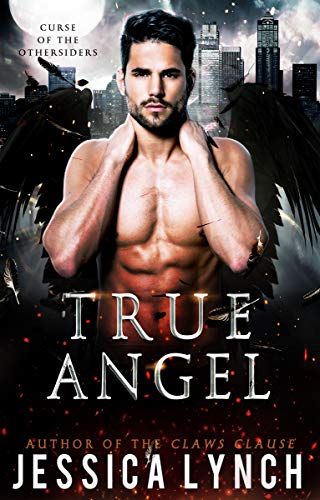 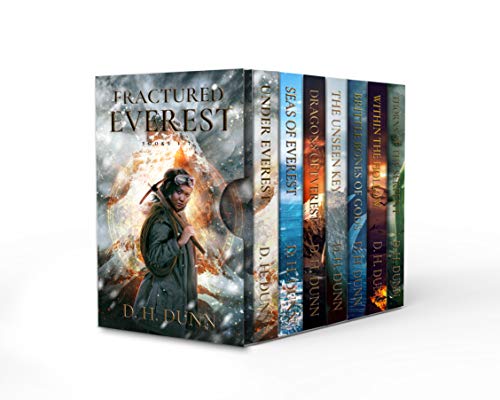