Last week, we hope you enjoyed your first look at Sea of Secrets. It made it into the top 20 bestselling books on Amazon in Australia <3. You can still grab your copy here. It’s the perfect beach read.

We also hope you enjoyed your preview of Relic Hunter. We’d planned to take you on an out-of-book adventure this week, but our scribe fell and hurt her hand. How did this happen?

Well, um, the cast might have ambushed Melinda when she stepped out of her office on her lunch break the other day. She usually walks around while cramming chicken and green things she claims are edible into her mouth, and we might have followed her. We also might have indulged in some shameless begging. Not Papa because begging isn’t his thing, but I might have done a little begging. Just a little.

And, Melinda might have pulled out her phone to shut us up. We should probably have sent a few cast members on ahead to scout for trip hazards, but we were really intent on getting our page time, and there were a lot of us clamoring for attention. After all, we only exist when you read us, so getting in front of you is a matter of survival.

And, that sign really shouldn’t have been in the middle of the sidewalk. It had metal X-shaped base that was as long as I am tall. We should probably have warned Melinda about it, but we didn’t.

*Hangs head in shame.* The base caught Melinda’s foot, and she fell mid-sentence during an epic fight scene for an upcoming book. Why didn’t Papa catch her with his magic?

Well, Papa was keeping an eye on the cars rolling by us and the tree-sized drills (there were 2!) boring holes in the ground on the other side of a rickety chainlink fence we were walking past, so he didn’t see what was happening until poor Melinda was sprawled on the ground.

His magic might be fascinated by big machines, and he might share its fascination. There might also have been a crane or two dangling giant metal girders right over our heads that could have squashed me if they fell. So, he was doing his overprotective parent thing.

He leaves the page-time wrangling to me, his son and publicist. This is Ran, by the way, the kid in the Curse Breaker series.

Anyway, we helped Melinda up and marched her to the nearest drugstore, which we ransacked for supplies to patch her up. She’s a tough girl and only got a little banged up, but her hand is pretty bruised where it struck the ground to break her fall. So typing is kind of hard today, which is why I’m writing this, and she’s cringing at my mistakes.

I’m king of the keyboard this week. 😉 So, we’re diving back into our preview of:

“Can we stop to catch our breaths? It would just be for a few minutes. I’m sure our mounts could use a break.”

Zoya turned, hearing the desperation in her cousin’s voice. He was white-lipped with pain and still in the saddle because she’d tied a rope from the saddlebow to his belt. She reined in even though every fiber of her being screamed at her to hurry, hurry, hurry. Something was about to give.

To underscore that, Zoya’s medallion pulsed against her skin, ticking off the moments until something bad would happen. Because there was never anything good at the end of these hunts. But it was the endgame she lived for. Bring it on, Fate.

Yan leaned over his saddle, so he could rest his forehead against the back of his mare’s neck. The unconcerned creature craned her head around seeking the carrot dangling forgotten from his left hand. But the angle was all wrong. She couldn’t reach it, so she turned a liquid eye in Yan’s direction, but he was lost to pain and exhaustion and not up to noticing much of anything at the moment. That last gallop must have been murder on his healing stump. Why didn’t he say something? I would have slowed down if he’d only asked.

“I’m sorry. I didn’t think. We’ll take it slow,” Zoya offered even though the damage was done.

And if a magical disaster happened before they reached it, they had tools for dealing with that. Nor would this be the first time they’d employed them. Containment was the rule, and it was easier if the item hadn’t been used yet because there were no people to separate the artifact from. Though, Zoya was beginning to wonder if it was an item at all.

She kept receiving mixed signals from the relic-finder, which was why Zoya had stowed it in her belt pouch. But she’d left the pouch open so she could glance down every so often to ensure they were still on track. Neither the relic-finder nor her medallion had ever behaved like this before, and that was starting to worry her. What are we going up against this time?

“How are you holding up?”

Yan gave her a wan smile.

“Okay, stupid question. How about we divide and conquer?” Zoya gestured to the space between two trees. If she squinted hard enough, she could just make out an old path through there. But she might be imagining it. The forest liked to mess with people’s heads just for the fun of it, and no order was immune to their mischief.

“How’s that going to work with me like this?”

Yan gestured to his truncated leg, but Zoya didn’t see the problem. On horseback, he was quite mobile. He was also tied to the saddle, so he couldn’t fall off. But Yan had two arms to hack at interlopers with, and that counted as a definite bonus.

Zoya shrugged. “The same way we always do this. I ride in and do my Knight-Quester thing.”

“No way, it’s my turn to interrogate the locals.”

“Fine, you talk to the locals assuming there are locals somewhere around here. This deep in the enchanted forest, who knows if there’s an enclave nearby. We might be spelunking into a cave system or investigating a ruin left behind by a very dead and very magical race.”

Actually, poking about some ancient ruins sounded like just the kind of low-risk fun they needed right now. Best of all, rocks don’t bite. Those were the best jobs, but they were few and far between. Most of the time, they were chasing ne’er-do-wells down back alleys and cracking skulls in one black market enterprise or another.

“Come on Fate, you owe us one after that debacle with the demon. Give us abandoned ruins and intriguing puzzles left behind by one of the lesser-known magical races,” Zoya muttered under her breath.

She didn’t believe Fate was listening or that it cared one bit about them, but it never hurt to ask for what you wanted because you just might get it. And, they needed something they could sink their mental teeth into for a few months while they healed. Something that would really make heads spin when they returned to the order, not another encounter with hungry monsters.

Zoya thought about praying for that kind of hunt, but God had better things to do than listen to her, and He liked His servants to take the initiative. So, that left her and Yan in fickle Fate’s clutches as usual.

“Ouch.” Zoya winced as she hooked a finger under the chain her medallion hung on and yanked it out from under her tarnished breastplate.

“Mine’s hot too. Is yours beating?”

An eerie light highlighted the symbol of their order as Zoya ran her thumb over it. Medallions weren’t supposed to do that.

We’ll be back next week with more magical mayhem and a less banged up Scribe. 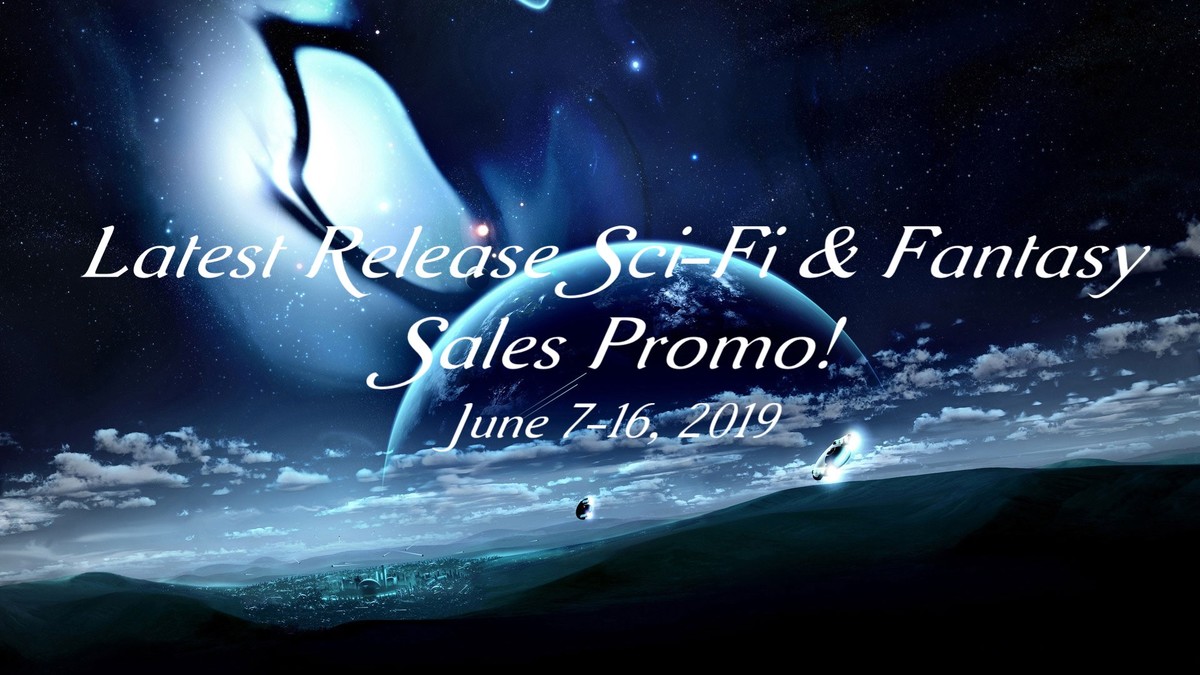