At the beginning of this year, 20 authors wrote 20 trilogies.

Or read it for free in Kindle Unlimited before it’s gone FOREVER.

It’s too good to last. The Completed Collection will be available for a limited time.

Get yours now. The Completed Collection is available exclusively at Amazon.com.

And we’re giving you a preview of it this week. This is Ran, Sarn’s son, and your narrator for this newsletter.

After this, Papa and I are taking a break to go on some adventures that don’t span multiple books. Because this is just crazy.

What complicates things further is my beloved aunt, Sovvan. Her series takes place at the same time and in the same places as ours, so there’s a lot of crossover, especially in Curse Breaker: Hidden.

She plays an essential role, but she has her own series. So figuring out how much of her to include in our book and how much we can safely put in His Angelic Keeper: Fallen is a bit tricky. Fallen might have to take place at the same time as Curse Breaker: Hidden unless we let Auntie Sovvan have more page time in Curse Breaker: Hidden. (That was not part of the plan.)

Don’t worry. We’ll sort it all out, and all three books will be epic and closely linked. They will also come out close together, and they might be longer books than usual. We have a lot of ground to cover, and we have to resolve everything by the end of His Angelic Keeper: Fallen. So we can all move on to a new story arc and do some things you’ve been waiting for.

But that’s all coming soon. Our goal is still to release them in the fall. But let’s talk about Magic Underground Anthology: The Complete Collection, which published this past Friday. This week, we’re diving deeper into that massive anthology with part 2 of our preview of:

“Neep, neep.” Now, it sounded like Furball was across the way on the other side of this damned tunnel.

“Neep. Neep. Neep,” Furball said, and a sharp rap followed that. The little fella must have stamped his tiny foot to make his point.

“Okay, fine, you didn’t move. My mistake.” Nulthir scanned the ground and saw only shadows, but none were moving. He snagged the leather cord hanging around his neck and lifted the dawn rune to the level of his eyes. Its metallic curves were cold against his cheek, but it warmed as the magic stored inside it glowed brighter, enough to reveal more gray walls, puddles, and stalactites, but no fuzzy creatures. Damn it. “Furball? Where the hell are you?”

Nulthir swept the glow of his fist-sized pendant over every inch of the tunnel, especially the puddle he was standing in. He wasn’t sure if Furball could swim, or if the tiny thing would even float, nor did he want to find out, not when his best creature-friend was the little fella’s grandsire.

Furball’s neeps seemed to come from everywhere now thanks to the stone walls bouncing those neeps all over this tunnel, so not helpful. Maybe he should ask Furball to jump up and down? Would that help? Furball was only about six inches tall and just as wide. “Talk to me, Furball. Tell me where you are.” Though, that might be asking too much of a creature who could make only one sound.

“Neep neep neep!” Furball said. His annoyed neeps seemed to come from below, but there was nothing under the prison. It occupied part of the lowest subterranean level of this mountain stronghold.

Still, Nulthir had to check in case Furball had fallen down a hole he couldn’t see. That would be just his luck tonight. Nulthir dropped into a crouch and scanned the floor for holes or cracks large enough for Furball to get through, but he didn’t see any. He crouch-walked halfway to the next cavern before finding a crack in the stone wall, and there was Furball hopping up and down in excitement.

“How the hell did you get down here? That crack’s too small for even you to crawl through.” Nulthir let go of the dawn rune, so he could run his hands through his hair, and his pendant dropped back into place over his heart. It still glowed a soft blue.

Furball just neeped unhelpfully. There was no way Furball could have gotten this deep into the prison without running into trouble unless the little kit had used magic, but that was impossible.

Nulthir put that scary thought out of mind. He removed his gauntlet and tucked it into his utility belt. Then he carefully scooped up the noisy little fuzzball and checked him over for any signs of injury. “Well, however you got here didn’t hurt you in any way I can see. You are okay, right? Nothing hurts?”

Furball shook his whole body. Nulthir took that as a no, and the little furry ball hopped up and down on his palm. His tiny hands and feet tickled Nulthir’s palm as he tried not to drop the squirming owl-monkey-cat, but Furball’s rotund body and excessive amount of fur made it hard to get a good grip on him. “Okay, okay, I’m excited to see you too. Quit squirming around. I don’t want to drop you.”

Furball was a handful, but an adorable one that nuzzled his hand. He looked like his name implied—a ball of fur with owlish eyes and cat ears. But most of that girth was soft fur that stood perpetually on end, as if the little critter had been struck by lightning. Furball hadn’t been. That was just how he looked. Somewhere under all that fur, Furball had a set of stubby wings. Nulthir felt them brush against his palm as his passenger shifted positions, but they were well-hidden by Furball’s rather impressive amount of fur.

Nulthir raised his hand until he could look Furball in the eyes. He needed a truthful answer to one very important question. “Does my friend, Thing, know where you are?”

For that matter, did any of Thing’s extended family know? Because that was a disaster waiting to happen. Thankfully, he’d found the little kit before anyone else had. Nulthir shuddered at the thought of what could have happened if he hadn’t. “Well, does he?” Nulthir pressed. 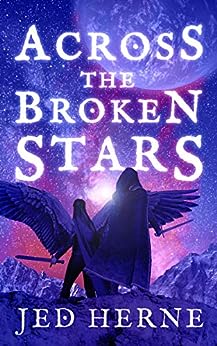 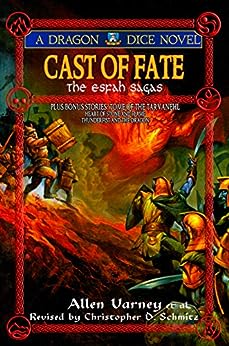 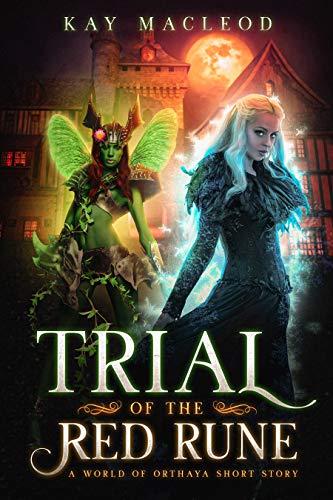