We hope you’re doing well despite everything 2020 is throwing at you.

Now for the good news. Curse Breaker: Enchanted (The More Epic Version, Revised) is on Amazon. If you have a copy already, head over to help on your kindle reading app and ask a nice tech to send your kindle the updated file.

The revised of Curse Breaker: Darkens is also live with a brand new cover and a revised story.

All the paperbacks have been updated as well both the covers and interiors. It was a herculean effort, especially the omnibus edition. It almost didn’t fit. But we’re so glad we did.

Here are all the pretty new covers:

What did you think of the StoryBundle?

Did you take advantage of it?

This was our first time participating in something like that. The opportunity came up at the last minute, and we had to scramble to get everything ready.

Would you like us to participate in future StoryBundles, if we’re invited?

We don’t know if another opportunity will come up, but if it does, we’d love to know what you thought about it. Hit reply to this email or if you’re reading this on our blog or social media, pop in a comment with your thoughts.

StoryBundle seemed like a cool thing, especially since part of every sale goes to charity. We don’t talk much about that in here, but the cast (and our Scribe) have been quietly supporting a few charities with the proceeds of our books since the original version of Curse Breaker: Enchanted published in 2016.

It takes longer to save enough to edit and cover future books because we give to charity, and our books sometimes take longer to come out, but every human being no matter their race, creed, or location deserves clean water, food, clothes, and shelter.

Now, that I’ve depressed you, let’s get to some happy news.

His Angelic Keeper is getting a revised story and brand new cover. The cover is being designed right now, so it’s not updated yet on Amazon. The edit is finished, but it made sense to wait for the new cover before releasing the updated version.

Plus, His Angelic Keeper: Hidden is getting a new cover for its release. It’ll be designed the first week in November since that was the next available slot. 🙂 So the release date will depend on when the cover is ready and the final edits have been made.

This lovely warrior will grace the cover:

Yes, we put her on a t-shirt. We might have ordered one for our Scribe. 🙂

The caption will not be on the cover. We put it on the shirt because our Scribe was sad. She’s been working extra hard and not getting any results. But it’s understandable with everything that’s going on.

(If you need a warrior angel to brighten your days, you can get her on a shirt and other things here. We just made this for our Scribe to cheer her up, but it’s too pretty not to share with you.)

More books are coming. Soon. Other than family obligations and the deadlines for her day job, our Scribe does not have any other projects lined up except ours through 2021!

The Magic Underground set was cool, but it took our Scribe away from our books for about six months, so that’s why our books have been delayed. But there will be no more of that any time soon.

And now back to dealing with that dragon. Sigh. This is Ran, Sarn’s son, by the way, from the newly revised and recovered Curse Breaker series.

Thank you for the advice about how to handle our dragon problem. Some of your suggestions were just awesome. I want to share them after I try them on a certain dragon who is reading this right now. 😉

Hello, Newsletter-Dragon. I’m coming for you.

P.S. I’ll be back next week hopefully unsinged and undamaged with a progress report on that. See you there.

In the meantime, get your copies of the Curse Breaker Series updated or grab a copy of them here. 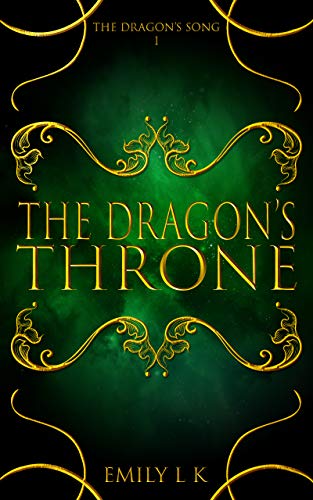