We hope you’re enjoying Hunter’s Night and Rogue Night. Both are now live on Amazon and are in Kindle Unlimited. Finally. 🙂

This is Ran, Sarn’s son, from the Curse Breaker series. I’m coming back to your reading device in a bunch of all new-adventures with Papa, of course. Adventures are more fun when he’s on hand to scoop me up and out of the way of danger. 🙂

We’re just not sure of the timing because there are a LOT of moving pieces. But we have covers! While we work out the details behind the scenes, we’ll continue our special preview of Rogue Night this week and next, and that should take us to the end of Chapter 3. 🙂

Then, we’ll see what our Scribe’s been working on, and what mayhem us characters have been getting into. 🙂 But for now, we’ll return you to our coverage of Rogue Night. Last week, *my* baby self was messing with the villains’ plans. We’ll see how long I can keep that up. Let the adventure begin!

These designs weren’t easy to copy. they were quite intricate and had required them to fashion a few tools to make them. Some parts of the design interlocked while others were circumscribed. Then there was a random star pattern at the center that had six points. If the whole thing wasn’t one hundred percent correct, then the spell would fail, and she’d have to continue leading the Wild Hunt.

Hyntra wouldn’t let that happen. But she felt like this was a conspiracy. Someone must be putting this baby up to it because he wasn’t intelligent enough to know what she was doing, or what part he would play in it. Someone must be directing him, and that someone was a traitor.

Hyntra glanced at the basket where the witch’s daughter reclined. The witchling opened one eye and regarded her with disdain. If Hyntra hadn’t known that baby girl was too little to get up and do anything, she would have been worried about that searing glare. Had the witchling’s eyes glowed faintly greenish?

“I’m trying to catch him,” She-Anne said in passing. “But he’s small, fast, and a good hider. There’s a lot of places for him to hide.” She ducked behind a thicket of berry bushes to look. “Now, where did he go?”

The baby had stopped laughing. Without that to clue them in, he was invisible since his parents had garbed him in dark green and tan—the same colors as the damned foliage in this protected valley. So, he blended in with it, all except his pale little face.

Hyntra clamped both hands to the sides of her aching head. She needed to hunt. The need had just kept growing ever since that mage boy had escaped her earlier. He hadn’t even given her a proper chase, and she couldn’t understand why. All she’d done was use a one-time spell to knock his protector away, and he’d run after the guy. It didn’t make sense. He shouldn’t have been able to escape her call.

That scene just kept replaying in the back of her mind, driving her crazy. She saw the dark-skinned Ranger go flying toward the frozen River Nirthal and Sarn, his eyes a green blur of light and power, turning and fleeing as if that Ranger had yanked his leash. Hyntra let her hands drop to her sides.

Yes, it had been exactly like that; she realized as the members of the Wild Hunt spread out and beat the bushes to drive that baby out into the open. If he was anyone other than the son of a mage, Hyntra might have been concerned for his welfare. But mages were quite durable.

But still, a reminder couldn’t hurt since they needed that baby for the spell. “Be careful. We need him alive and preferably undamaged. The spell isn’t clear on how it’ll resurrect our leader, just that it requires four specific babies.”

And they only had two of the four thus far, which was a good thing given how much trouble one baby was. Hyntra glanced around for the cloth the spell was inscribed on. She’d dropped it while she’d been musing about what had gone wrong with what should have been a simple capture of a bespelled mage—and a teenager at that.

Hyntra spotted the square of cloth by a bushy evergreen tree. Its lowest boughs brushed the ground, and two bright green eyes peered at her from between them.

“There you are, you little troublemaker. Take your hands off that spell. You’ll find out soon enough what it does.” Hyntra extended her hand, but the baby moved faster than she did. He dragged the cloth under the tree, and she dove in after him. “I’ve got you now, you wicked little boy.”

“Bye-bye,” the baby said as he backed away, taking the cloth with him, but he’d miscalculated. His escape came to an abrupt halt when he banged into the tree’s trunk.

Hyntra grabbed him and the spell-marked cloth, then shouted for She-Anne as the baby fussed in her furry arms. He was a big baby and heavy too with pudgy limbs that he flailed about. But he was still a weak thing, so his blows didn’t hurt her at all.

“Here, Huntress, give him to me.” She-Anne held out her goatish arms for the child, and Hyntra was glad to be rid of him.

“Keep him away from me and those lines.”

“Yes, Huntress, I’ll find a way to keep him out of your way.” She-Anne crossed her goat legs and bowed deeply, and that mollified Hyntra. The baby was quieter in the faun girl’s arms.

“See that you do. I need these lines redrawn.” Hyntra gestured to them. “Dressen?”

“I’m over here, Huntress,” Dressen said from some distance away.

This valley had a diameter of three-point something miles, or one of these strange characters called Pi, which was important to the spell for no reason Hyntra could fathom. But it was very specific about the distances each curve and line must be from each other, which was why redrawing the lines was such a chore. One small child shouldn’t have been able to mess up so many lines, but somehow, he had.

“See to that.” Because Hyntra had no patience for measuring right now, not when she finally had a possible reason for why her mission might have gone so spectacularly awry earlier. That boy with the glowing eyes, the one the Rangers called Sarn, was prey. Prey should always be hunted. Hyntra would recapture him as soon as she figured out how to defeat whatever hold the Rangers had over him.

Or was it just that Ranger? He was Death’s henchman, but Sarn was still alive. How had he gotten control over that mage? While she considered what that hold might be, Hyntra rolled and unrolled the spell in her hands as Dressen approached her.

“I need that to know what to fix,” he said as he drew even with her. “Will you lend me it?”

Hyntra handed it over. “It must be exact.”

“It will be, Huntress.” Dressen bowed then unrolled the cloth and peered at it. His eyes were green like all the members of the Wild Hunt. Because he was part human, part deer and part magical creature, he walked in two worlds, just like Hyntra did.

“Always,” he said with a smile, and she shared it.

Soon, the Wild Hunt would have its proper leader back. Then she’d be free to pursue her own goals. Hyntra’s smile widened, she knew what that would be. For now, she needed to hunt someone. Why not put that urge to good use and hunt the third child she needed?

“The shapeshifter’s child,” she mused aloud as Dressen walked away, taking deliberate steps as he counted his paces under his breath. A pack of shapeshifters made their den somewhere around here. All she had to do was find it and collect one of their pups. Anyone would do because they were all magical creatures.

We hope you enjoyed this preview. Get Rogue Night now! Read it free on Kindle Unlimited. 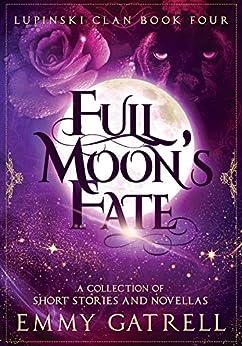 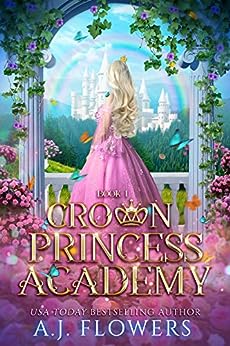 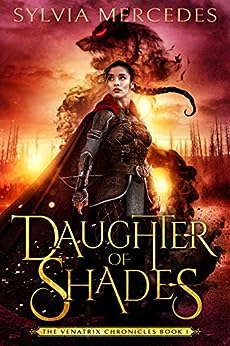 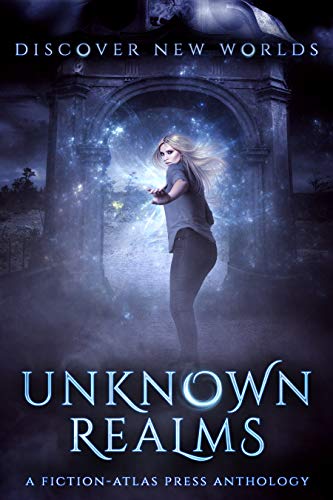 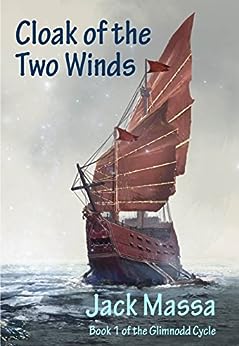 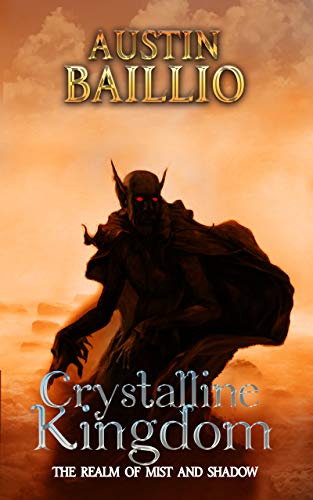 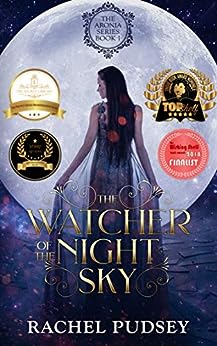 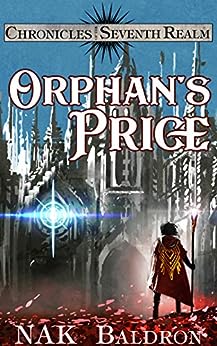 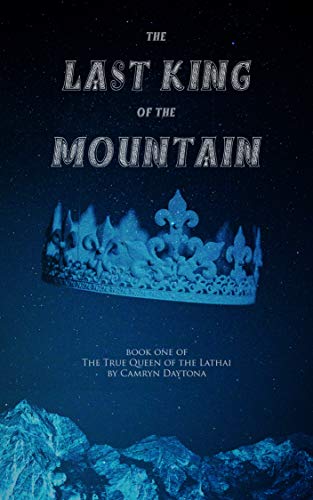 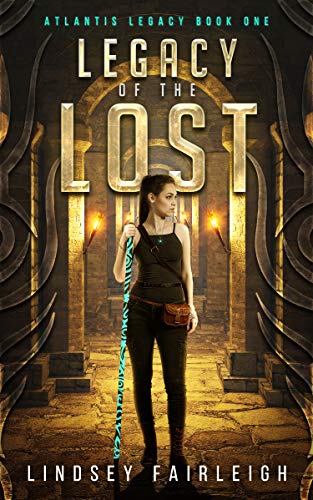 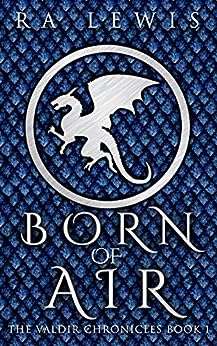 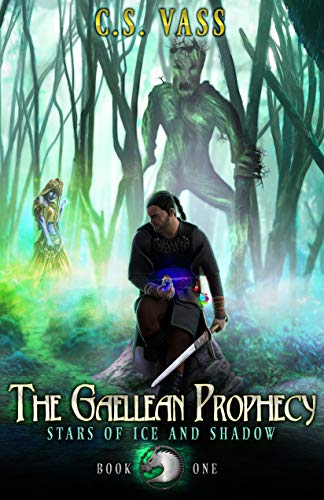