There’s a lot of uncertainty in the world today. But here’s something you can rely on. There are more books starring us, and they are coming soon.

(But we have to go on that new adventure after Robin’s current story arc finishes. Then we get our new adventure, and I guess we have to let her have a new one too after ours. We (the cast) are still negotiating about that. We all want page time. You would too if you were fictional.)

Instead of months between release dates, it will probably be only a matter of weeks since all three are being written together to ensure we wrap up everything we need to, so we can start a new adventure.

We hope that brings you some comfort in these uncertain times.

We’re continuing our preview this week with a battle royal: Papa vs the Newsletter-Dragon, round 1! This is the fight you’ve been waiting for, and it’s just the beginning of the magical mayhem in:

Chapter 4: Tête-à-Tête With The Dragon

“Why were you chasing my son?” Sarn glared at the dragon. Magic filled his cupped hands, warm and emerald-bright, ready to be cast.

But down here, there were so many spells worked into the walls, ceiling, and floor. Sarn had to be careful not to hit or disrupt any. Otherwise, he could cause a cave-in. Never again. One cave-in was enough. It had been years ago, but the nightmares still plagued him. All thoughts of them vanished as the dragon charged.

Sarn threw up his hands to block her, and magic shot from them into a green half-dome. The dragon crashed into that shield, driving Sarn backward until he struck the door. Blue-glowing ones and zeroes fountained off the dragon as she pushed against his shield, intent on crushing it. Her scaly hide disintegrated where it touched his magic, exposing the luminous lines of code that had spawned her. But what the hell was she doing here?

Sarn hadn’t recognized the so-called Newsletter-Dragon at first, but he was used to seeing her as a two-dimensional rendering of code on a screen, not a scale-and-bone dragon. The more she slammed into his magic, the more her physical body devolved back to the bits and bytes that usually comprised her. She seemed to be unraveling, layer by layer, but there wasn’t any blood underneath those leathery scales.

“How did you get here?” Sarn shoved the dragon with a burst of magic. Magic disrupted tech, but what effect did tech have on magic?

“Wouldn’t you like to know.” The dragon grinned then exhaled another fireball larger than the first. It washed over his shield, eating away at it.

Some of the fire got through and singed his green uniform. Damn it. It was expensive to replace. Sarn fed more magic into his disintegrating shield and scanned the wall behind the dragon. It wasn’t load-bearing. Good. Sarn pulled on it with his magic and rocks pummeled the dragon’s back, and that cut off her fire.

She growled and bared her teeth. Smoke curled out of her mouth, but no more fire shot out. “Is that all you’ve got? Because it’ll take more than a few stones to stop me.”

No, that wasn’t anywhere near all he had, but Sarn had to tread carefully because there was a mountain on top of them and ten thousand souls lived inside it. How could he defeat a dragon? What would his heroes do? Sarn searched his memory for an answer. One of the Guardians of old must have faced down a dragon in centuries past. Shayari had been a wilder place then. What would they do in this situation?

Sarn didn’t know, but he needed a plan fast or to stall until he came up with one. Stalling looked like his only option. Damn. “Why are you after my son? He’s just a little kid. There’s nothing he could have done to incite such anger.”

“That’s for me to know and you to wonder.” The dragon lunged for him, but Sarn dodged, and the dragon crashed into a wall. It didn’t even flinch though because the protective spells in it evenly distributed the force of her impact so no one section took the brunt of it.

“This isn’t about some comments he made. So what’s it really about?” Sarn grabbed the fallen rocks with his magic and slammed them into her back, but they broke upon the spikes along her spine.

“Maybe he has something I want.” The dragon snapped a kick at Sarn, but she hit his shield instead, and he collapsed its outer edge and wrapped it around her foot.

She spun, using her tail to balance, and kicked out with her other foot, but Sarn repeated the trick and captured that foot too. The dragon landed on her side, teeth bared in a snarl, as he punched out with his shield and sent her sliding down the tunnel. She dug her claws into the stones and stopped herself halfway down the tunnel, buying him a moment to regroup.

Sarn staggered as exhaustion mauled him, and the world threatened to gray out for a moment. He shook his head and his vision cleared in time to see the dragon charging not at him but at the door, her mouth wreathed in flames. Oh no, you don’t. You’re not getting past me.

Sarn stepped in front of it, and the dragon crashed into his shield, driving him backward with the force of the collision. The door behind Sarn swung inward, and he skidded across the floor, shoving the dirty laundry out of the way. His sixth sense screamed at him to protect his son as the dragon sucked in another breath to fuel another fireball. 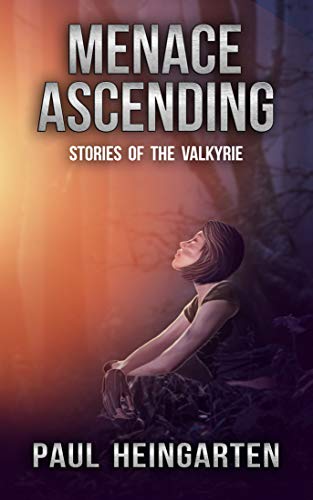 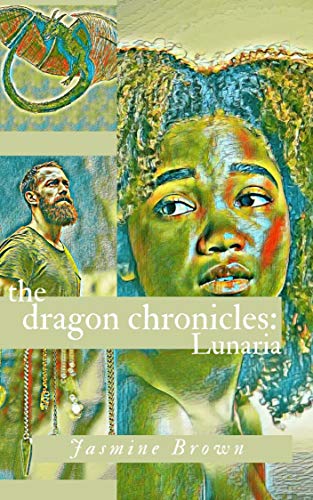 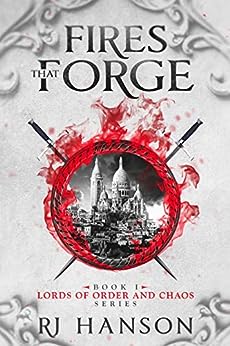 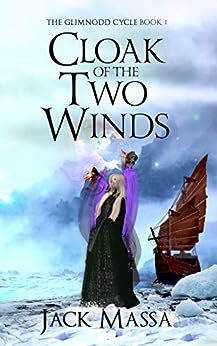 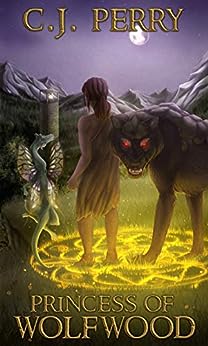 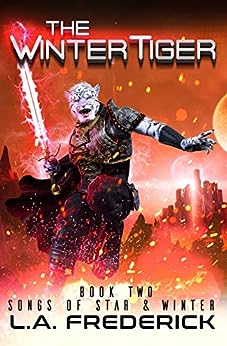 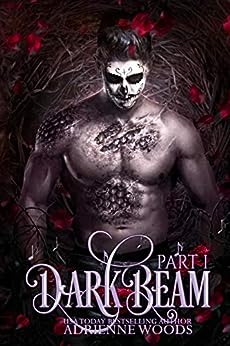 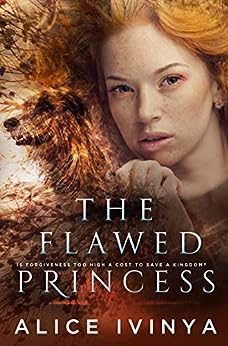 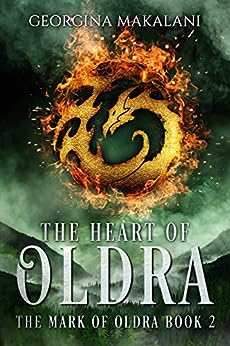