It’s your friendly fictional character, Ran, Sarn’s son, and I’m back with good news. Melinda is finishing up Spell of Scales & Steel for the Forgotten Magic Anthology today then moving onto Curse Breaker: Hidden!

You can’t see it, but I’m holding a list of demands for that book in my hot little hands. Since the next big story arc in the Curse Breaker series is all about me, I stand a good chance of getting all my demands met. 🙂 Papa might not enjoy that experience, but he needs to broaden his horizons.

I also have review copies of Spell of Wings & Glass, which is part of the Hidden Magic Anthology our Scribe is producing/publishing in conjunction with about twenty*** other authors and us, characters, too. We had a hand in its formation as well, and we desperately need reviews for Hidden Magic.

Spell of Wings & Glass is a quick read, as compared to some of our other books, but a fun one. It stars Nulthir’s creature friends in an adventure to save him and their littlest (and cutest) family member. Lots of magic and mayhem result because that’s just how these winged-cat creatures roll.

You can grab a review copy here. All we ask is that you leave an honest review on the anthology itself. The link is provided in the advanced reader copy as well as in all correspondence. Thank you

*** I say about twenty because the number of authors keeps changing. The anthologies are part of a trilogy, so anyone who can’t provide all three stories by the deadline must leave the set, and thus, won’t be published by us. 😦

These anthologies have turned out to be a lot more work than expected to produce because we insist on quality storytelling and professional editing. You deserve a high-quality product, and we’re doing our best to deliver that despite the obstacles in our path. Our Scribe reads a lot of traditionally published books, and they’ve set a high bar. But with hard work, dedication, and good editors, we’ll hit those marks.

Why am I telling you this?

Because that drive for quality has driven our poor Scribe crazy, but she won’t relent, no matter the debates, and there have been a worrying amount of them. There is no excuse for bad editing. You deserve better than that, and I’m going to go one step further and say that us, characters, deserve it too.

When you read my stories, I exist. So, good storytelling and editing is also a matter of survival for your fictional host.

Okay, I’ll get off my soapbox now. It’s been a tough couple of weeks for our Scribe, and I needed to get this off our chests. We’re trying to do something different with these anthologies. Only you can determine if we succeed.

And now without further ado, I return you to our adventure-in-progress, so I can kick back and have some fun in an alternative world that’s a lot like yours but without the stress. Let’s find out how J.C. intends to save us from discovery, and probably some criminal charges, even though we didn’t collapse any buildings; the Dark Lady did.

“We have to go now. Those lights are getting closer.” I gave J.C.’s sash another tug.

“Agreed. I just need to remove a few more rocks.” J.C. gently pried the ends of His sash from my fingers then bent to His work.

“Why? What’s under there besides broken things?” I stopped at the edge of the debris field, but all I saw was broken masonry until J.C. moved a pumpkin-sized blue slab that looked a lot like a piece of our Scribe’s wall. Under it, a familiar purple glow appeared. I pointed at it. “It’s the portal! It’s still there.”

“Of course, where else would it be?” Bear gave me a pointed look like I should have known better.

Since he’s been giving me a lot of those lately, I ignored it. I might also have squeezed him a little harder than necessary to quiet him.

“I could use a little help here.” Auntie Sovvan tried to lift my convulsing Papa and failed.

Uncle Miren limped over to help her, but he tossed an interesting question over his shoulder to J.C. “Will that portal still work without our Scribe?”

“It should work for a little while longer.” J.C. hauled another large piece of debris aside, but he sidestepped me when I tried to help him. Behind Him, the purple-glowing hoop of the portal sprang up like a flattened grass blade, looking none the worse for wear, and just in time too.

Those sirens and flashing lights were almost upon us. They must be pulling up on the other side of the debris pile by now. It wouldn’t be long before one of the emergency people turned the bend and saw us.

“Hey you, what are you doing back here?” a stranger called out. Uh-oh. The emergency people were here. I couldn’t see the woman though because J.C. blocked me from sight.

J.C. straightened and offered the emergency person a reassuring smile. “Everything is fine, Officer. I have things under control here.”

“Okay, but be safe. An engineer’s on the way to assess the damage. Don’t go inside it.”

“Wasn’t planning on it.” J.C. bent to help Auntie Sovvan and Uncle Miren carry Papa as the woman rounded the debris and disappeared. Between the three of them, they lifted Papa.

Papa wasn’t shaking anymore, but he wasn’t awake either. I touched his leg as we trooped over to the portal. Framed in the heart of that purple light was a mirror image of Melinda’s apartment, but the Dark Lady had destroyed it.

I skidded to a halt. Something was very wrong here. “I don’t think we should go through the portal.” I hugged Bear for comfort, and he even looked a little pensive.

“Is something wrong with it?” J.C. peered into it and shrugged. How could He not see anything amiss?

“What’s wrong?” Uncle Miren stopped next to me.

I looked at him and willed my uncle to understand. “Melinda’s apartment can’t be on the other side of that portal because it’s gone.” I nodded to the debris.

“Ah, now, I see the problem. Not all of them are gone.” J.C. freed a hand and patted me on the head.

“Melinda has more than one apartment?” How was that even possible? I still didn’t understand.

“Yes and no. She has only one apartment per earth, but there are many earths. Does that make sense now?” J.C. squeezed my shoulder the resumed supporting Papa’s lower half with both hands.

“Earth is what we’re standing on,” Auntie Sovvan added. Her gray dress tickled my hand as she passed me and stepped through the portal, followed by my uncle.

The important half of Papa also disappeared through the portal then J.C. ushered me and Bear across that shining threshold. He brought up the rear with Papa’s extra long legs, and the world turned violet.

Stay tuned for more next week as our adventure continues. 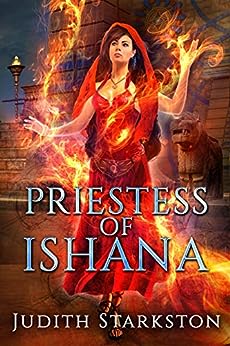 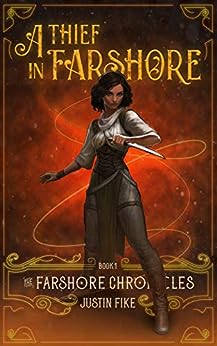 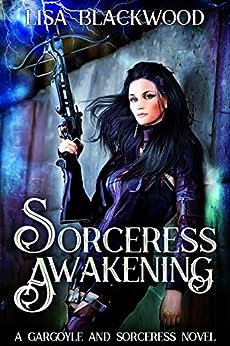 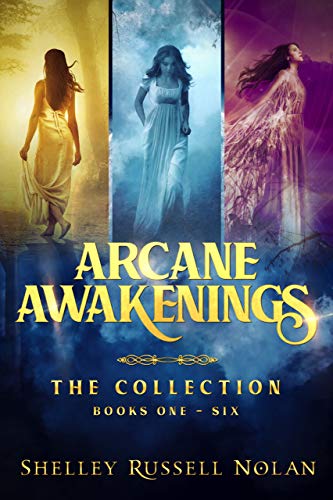 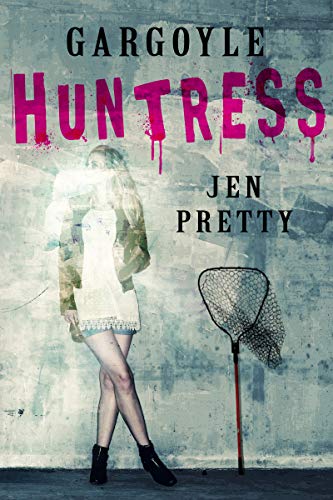