We’re one month into staying home, and we hope you and your loved ones are well. Last week, you got a glimpse of “Spell of Bone and Ash,” by our Scribe, Melinda Kucsera, it’s part of Wayward Magic, the second anthology in a trilogy of multi-author anthologies featuring stories by twenty fantasy authors. Five of the participating authors are first-timers. 🙂

The sequel to our author’s story will publish on May 12 in Forgotten Magic, the third and last anthology in the trilogy of multi-author fantasy anthologies published by our very own publishing house, Magical Mayhem Press.

What’s next for Magical Mayhem Press?

Well, our Scribe is done for now with multi-author anthologies and multi-author boxed sets, so our character-run publishing house will publish our books, starting with a story you’ve been waiting for (we hope). It’s based on a story that ran in our newsletter last year. 🙂

It features your favorite character and host running from a dragon. Yes, that dragon, my digital nemesis, the Newsletter-Dragon. (She also delivered this newsletter to your inbox. I know. She’s full of contradictions.) That’s all I’m allowed to say until our Scribe finishes revising and expanding it, which we think will be soon.

And now back our adventure-in-progress. When you last saw me, I’d fallen asleep in my exhausted Papa’s arms. He might have preceded me into sleep, but hey, we deserve a break. Adventuring is tiring work. So, since I’m asleep in this scene, I have to hand control of the narrative over to another character.

Okay, I can do this. I can–nope, I can’t do it. This is my story. Can we pause the narrative until I wake up? Do you really need to see what went on while I was sleeping?

A hand tapped my shoulder, and I looked up at my aunt and uncle. They stood with their arms folded over their chests. Uh-oh. They wanted control of the story. Everything started to get a bit fuzzy then. I was slipping back into the story. It wanted to go on without me. How rude.

“Hand it over, kiddo.” Uncle Miren held out his hand.

I looked at the story in my hands. It was a shiny thing.

Auntie Sovvan crouched in front of me. “You can give it to me. I’ll take good care of it. I promise.” She traced a cross over her heart.

I took one more glance at the narrative then handed it to her, and now, I have to return you to the story-in-progress. Auntie Sovvan’s taking the reins on this one.

Sovvan glanced at her nephew. Ran had been awfully silent these last few minutes, uncharacteristically so because he was asleep. Aww.

“Well? You were saying? Is this a trap?” Uncle Miren waved for the dragon to continue her monologue.

Like they could believe anything that flying worm said. Ran was right about that. Sovvan folded her arms over her chest and glowered at the dragon. Why was she making things unnecessarily difficult for them? “She’s stalling. You’re waiting for something, aren’t you?”

The dragon wouldn’t meet her gaze. That was confirmation all right.

“What are you waiting for?” Miren asked.

Sovvan turned as she heard a soft clicking sound. Someone was coming. She backed up until she was between her seated and sleeping twin and his son and Miren. She could defend them even without magic.

J.C. raised an eyebrow at her actions. Sovvan waved off his curiosity, but that damned dragon noticed. What did she know that she’s wasn’t tell them?

“You can’t approach the castle directly.” The Newsletter-Dragon covered her eyes with her fore claws. Was that a sign to whoever was skulking around the edges of the chessboard? And why mention that detail now?

“Obviously not. Give us some credit here. This isn’t our first adventure.” Uncle Miren rubbed his knee. “Tell us about the traps.”

As if that was the cue, armored monsters rushed out of the mist shrouding the edges of the path onto the black-and-white chessboard path.

“There’s also an army of monsters.” The Newsletter-Dragon rose onto her hind legs and spat fire at the shadow-shapes charging in from the left. They skidded to a halt before the knee-high wall of flames.

“Who’s side are you on?” Sovvan spun and rushed forward, clotheslining the monster rushing toward her sleeping twin’s back. The snarling creature went down, spitting and cursing in no language Sovvan had ever heard. “Wake up, bro. We’ve got trouble.” She nudged him in the side. “Come on, bro, open your eyes.” But he didn’t wake. She spun to check on Miren and J.C. and Bear.

Bear was actually holding his own. He had a peculiar way of fighting though. He swayed and feinted and somehow grabbed hold of a monster’s tail and spun with it, knocking down several other monsters. Whatever worked for him.

Miren dodged and threw rocks and whatever else came to hand. Meanwhile, J.C. disappeared, and the monster ran through the spot he’d been standing in then reappeared after the dragon knocked them down with a swipe of her tail.

“Since when were you on our side?” Sovvan kicked another monster who’d sneaked up on her still sleeping brother and nephew, and he crashed into the green-glowing shield around them.

“Let’s get one thing straight.” The dragon shook a claw at Sovvan. “I’m on no one’s side except my own, and you’d better not forget that.”

“I won’t.” Sovvan held her hands up in defeat and caught a punch thrown at her. This hybrid thing definitely came with some perks, like increased strength. She twisted the arm of the monster and knocked him into another one.

“We’re under attack. You keep protecting your son.” Sovvan kicked the monster aside, and he slid across the tiles and tripped up several more.

“What about you?” Sarn asked from where he sat on a rock, cradling his son.

“I’ll handle these monsters with a little help from a dragon who’s mysteriously decided to switch sides.” Sovvan gestured to the blue-glowing dragon spewing fire at the monsters charging at their flank.

“What about my brother? Miren, are you okay?” Sarn rubbed his eyes. His son was still asleep in his arms.

Miren waved from the other side of the dragon. “I’m just fine, bro. Sovvan and I got this. You rest.”

“I don’t think I can do that.” Sarn started to rise, but exhaustion pulled him down.

“Then just sit there and shield my nephew.” Sovvan grabbed the staff a monster had dropped and swung it at another one, hitting him square in the helm. It rang like a bell, and the creature staggered into another monster.

A white light speared down from the sky, blinding Sovvan, and the fighting stopped.

Tune in next week for more magical mayhem. Until then, stay safe. Stay home. Stay well. Read good books. All our books (except the anthologies and boxed sets) are 99 cents still. 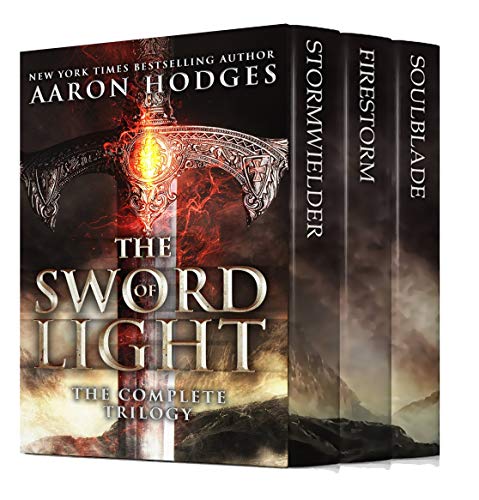 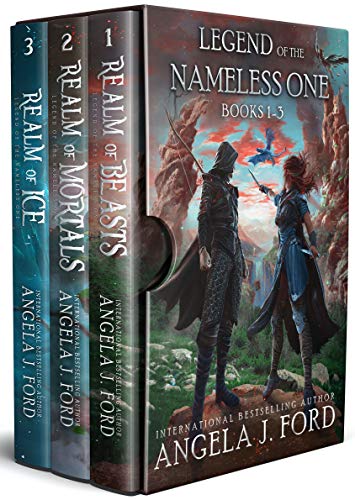 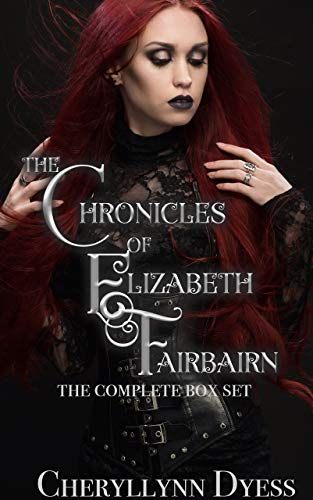 One thought on “It’s Hard to Let Go”